5 cheap and tasty spots to eat and drink in Manhattan

Manhattan may be expensive, but you don't have to be wealthy to enjoy these amazing eateries

Your Questions About SmileDirectClub Answered

Hurry! Last Chance to Save on Fall Travel with Southwest Airlines' Major Sale

The 5 Most Disturbing Haunted Houses in America

Best Things to Do in Mexico City

Visit The Home Of Halloween This October

Living in New York is expensive. It's not uncommon to be paying mortgage-level rent for a closet that's shared between 4 people. But if you're just visiting, the city doesn't have to rob you of your hard earned cash. From museums to public parks, there's plenty of budget-friendly opportunities for tourists and locals alike. One of the best ways to enjoy Manhattan on a budget is through its food. It's impossible to create an exhaustive list of affordable eats in NYC – but here are 5 great joints to start with: 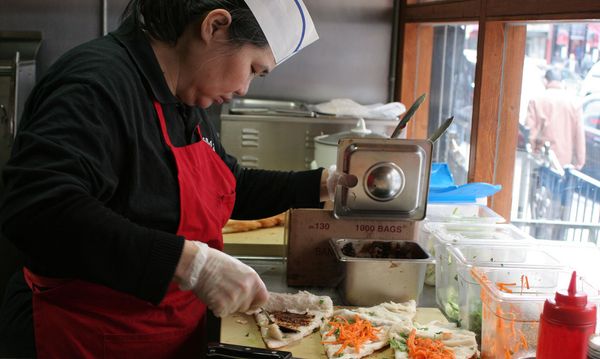 I first visited Vanessa's Dumpling House on Eldridge in Chinatown back in 2008. There was no sign to indicate the deliciousness that awaited inside. It was still a primarily Asian clientele and was spoken of in hushed tones by my group of friends as simply – "dumpling house". Since then, it's added beautiful signs and more workers. Warby Parker wearing college students with mustaches and septum rings fill its dining room at all hours of the day. But the food is still delicious and it's still only $1 for 4 dumplings. Try the Peking Duck Sesame pancake – you won't be sorry. 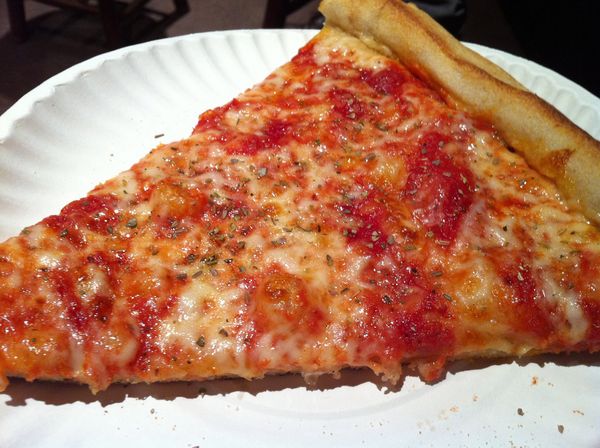 An institution. I'm not going to lie to you, it's not the ultimate NY pizza slice, but it's extremely solid for a mere $1. If you're looking to experience NY pizza in all its glory, this is a great place to start. Low risk and high reward. Take a slice to-go and feel like the consummate New Yorker as you fold your slice over a thin paper plate, dodging slow walkers with ease. Locations abound. 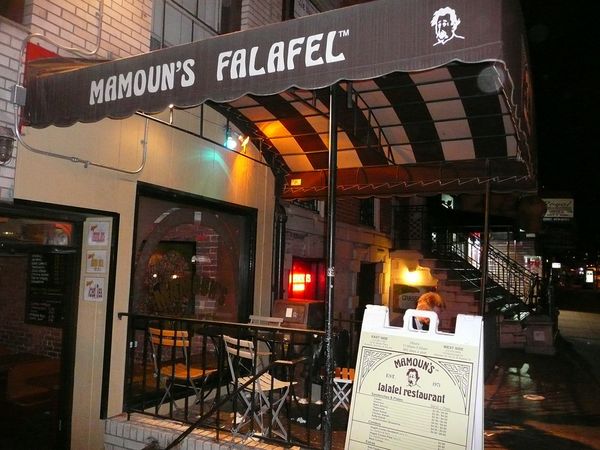 A mouthwatering falafel sandwich is just $3.50 away at Mamoun's. They have a few locations but I dig the St. Mark's site. Try the honey soaked Knafe for the ultimate indulgence. 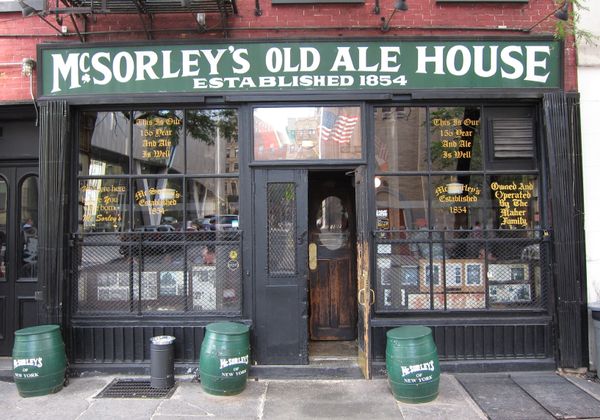 Known as the oldest Irish tavern in the USA and only allowing female patrons since 1970 following a lawsuit (don't worry ladies you're more than welcome there now), McSorley's is classic New York. $5.50 for two pints. Light and Dark Ale. It's the only beverage they serve and it's all you should order. 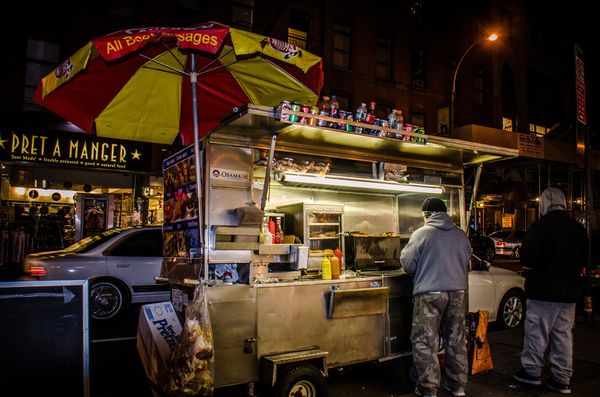 No list would be complete without mentioning the ubiquitous Halal stand. Go to any New York street corner and you should be able to find one. Prices vary, but they're never outrageous, and the food is always good. So what are you waiting for? Go to the corner and take a look; delectable street fare awaits.

As I said, no list of New York eateries is ever exhaustive, but that's the beauty of the city; it's constantly moving and evolving. So dive in and bon appétit.

Hurry! Last Chance to Save on Fall Travel with Southwest Airlines' Major Sale

Best Things to Do in Mexico City

Visit The Home Of Halloween This October