5 Most Disturbing Haunted Houses in America

Are they real? Who cares?

Everyone has heard of the murder-hotel where dark shadows creep at the edge of your vision, or the abandoned house where the furniture moves each time you leave the room.

But sometimes the places set up to capture the fun and fright of the Halloween season for paying customers can be far more horrifying than any ghost stories. These "fake" haunted houses will leave you genuinely haunted.

Pennhurst Asylum was in operation from 1908-1987 in the small town of Spring City, Pennsylvania. While we don't have all the records of the resident's experiences there, it doesn't take much imagination to realize that this building was home to true horrors. In many ways, 1908 wasn't that long ago, but in terms of mental health treatment—especially in small-town Pennsylvania—it was absolutely the dark ages. This was the time of lobotomies, straight jackets, and shock therapy. Whatever the jump scares and fake blood contribute to the fear you will feel walking through Pennhurst Asylum's aging, echoing halls, they can't come close to the deep, sinking feeling caused by the deep history of torment that has left its imprint on the very fabric of the place. Four spooky skulls out of five. 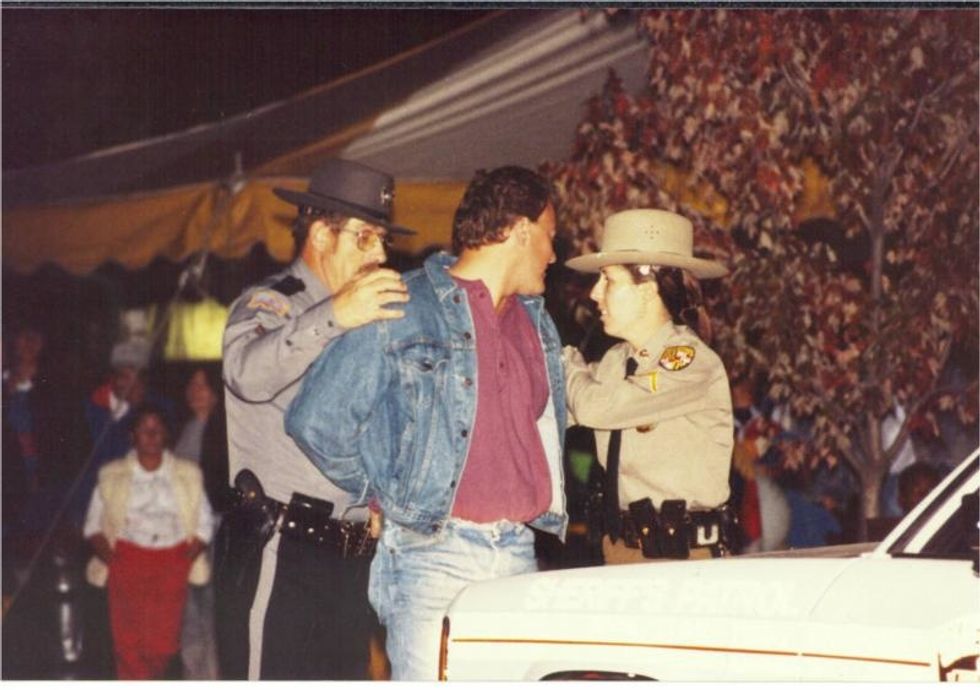 In Centreville, Maryand, in the year 1989, a group of visionaries were struck by a bolt of inspiration. What if—instead of zombies and werewolves and demons, and all the stuff out of children's nightmares—what if they filled their haunted house with the real-world nightmares that were actually infesting their city, killing their residents, and generally afflicting every corner of the entire nation. Thus, the Haunted Crack House was born. Since renamed the Haunted Trap House, it's ostensibly an educational experience on the dangers of drug use, it features simulations of overdoses, arrests, and shootings, as well as actual former convicts who are paid to draw on their real experiences to make your visit as terrifying as possible. This kind of fetishizing of human misery to capitalize on the Halloween season is as despicable as it is spooky. Four-and-a-half skulls out of five. 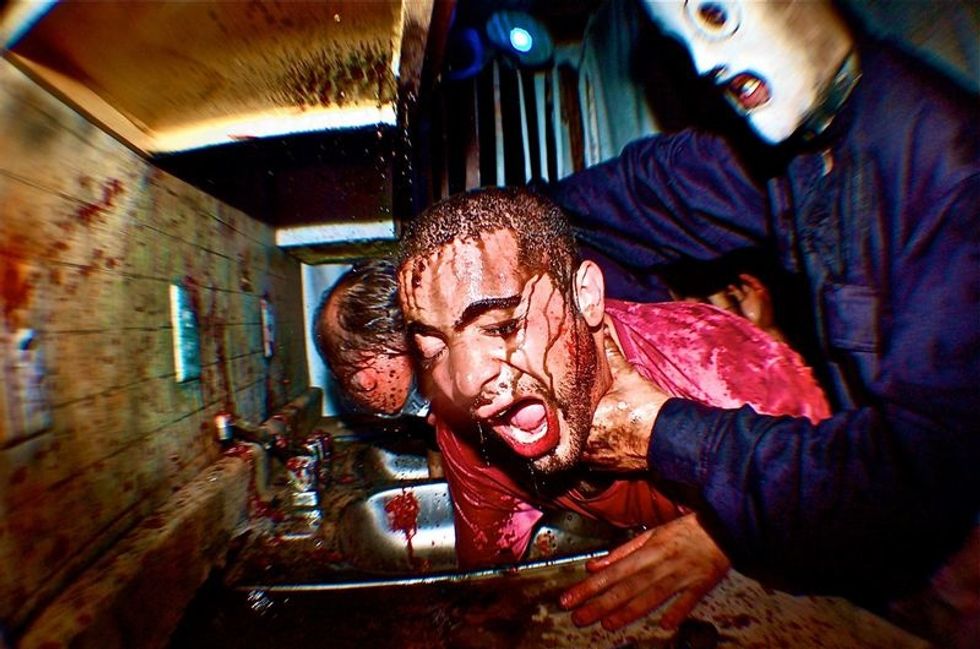 He technically consented to this

A $20,000 reward? A 40-page waiver? These figures have garnered a lot of attention in recent headlines. Supposedly this is the "scariest" haunted house experience in the country. Who could resist the temptation of that once-in-a-lifetime experience, combined with the chance to win a big cash prize. Unfortunately, that is exactly what Russ McKay wants. There's a reason he's put so much work into the legal side of his operation. Rather than gassing up neutered chainsaws and chasing you around in a hockey mask, McKay has opted for producing actual, real, straight-up torture porn. You may not find the decorations and costumes that scary, but you will absolutely fear for your life when you consent to be water-boarded with fake blood. For being operated by a man who is clearly an unhinged psychopath, McKamey Manor ties the Haunted Traphouse, with four-and-a-half spooky skulls. 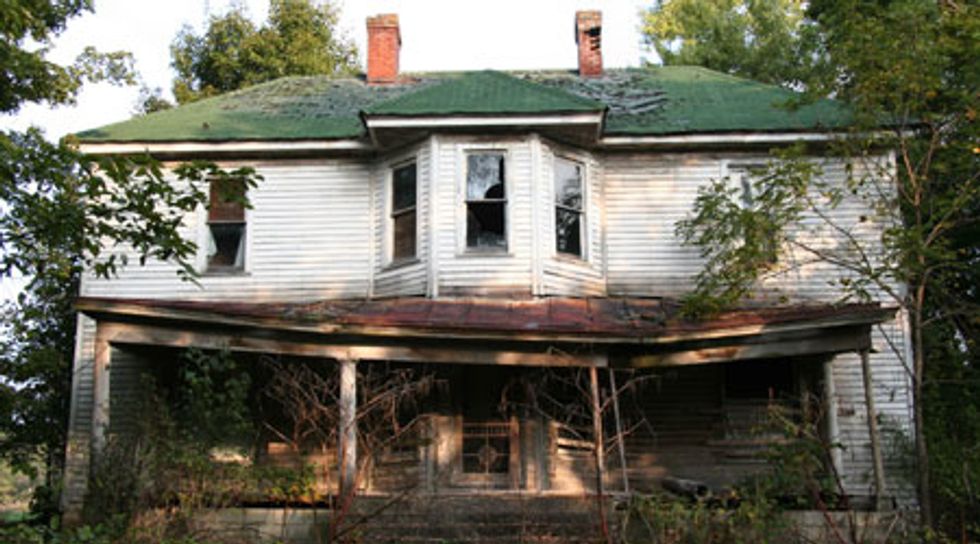 Donald Vann murdered eleven people. Happens to the best of us, but it does present a problem. How do you dispose of all those bodies? Donald's solution was to open a haunted house and put his victim's decaying remains on display as props. Props to him. For eight months he prepared his fetid, malodorous horrors, before debuting on October 1st. Unfortunately, you won't be able to visit his house of horrors, because he has since landed in some legal trouble—board of health, maybe?—but I'm sure for the lucky few who were able to visit during it's brief tenure, and witness Vann's "psychotic smirk," I'm sure the nightmares they're left with keep on spooking.

Every Hell House in America 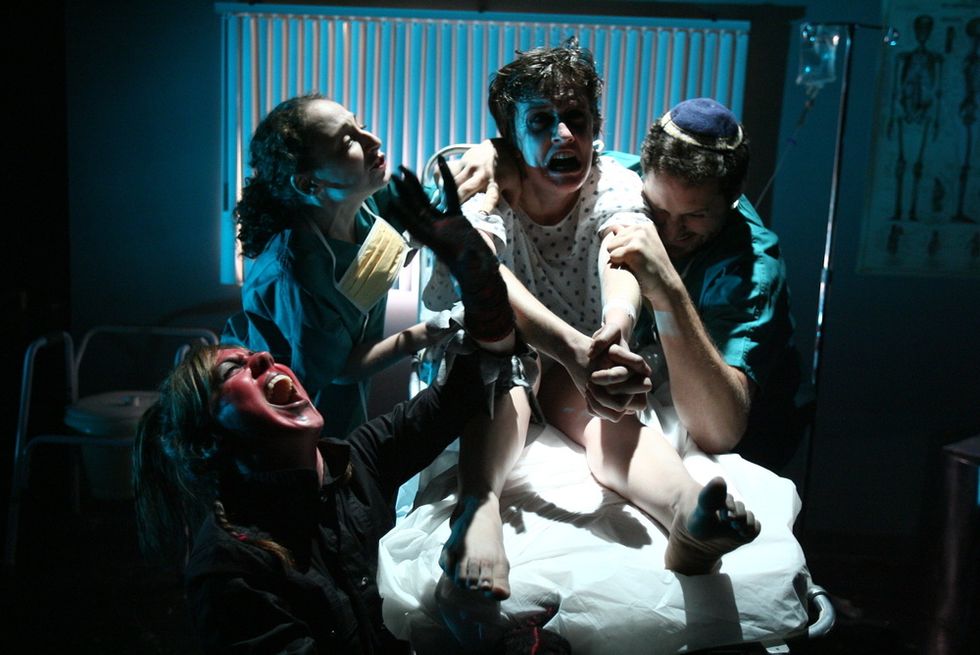 In the same vein as the Haunted Traphouse, Hell Houses are church presentations intended as educational experiences that warn kids and teens away from the path of sin. Their methods for achieving this obviously vary, but according to The Washington Post, you can generally expect the following: "A devil ushers a gay man dying of AIDS into the fiery pit. A teenager who is raped at a drug-filled rave commits suicide and also goes to hell. A young girl hemorrhaging from an abortion repents at the last minute." Awful. Truly sickening. What kind of trauma are they inflicting on these children to prop up their outdated ideologies? Six spooky skulls. Where'd that extra skull come from?? Nobody knows…