Iceland's winters are cold and dark, but with these celebrations you won't mind

With daylight often squeezed into just a few afternoon hours and temperatures consistently below freezing, many travelers find the prospect of visiting Iceland in the winter daunting. But for those who are willing to brave the elements and travel to far north latitudes, Iceland offers some truly amazing festivities to make the journey worth your while. If you can make the trek to Reykjavík for one or all of these celebrations, you won't be disappointed. 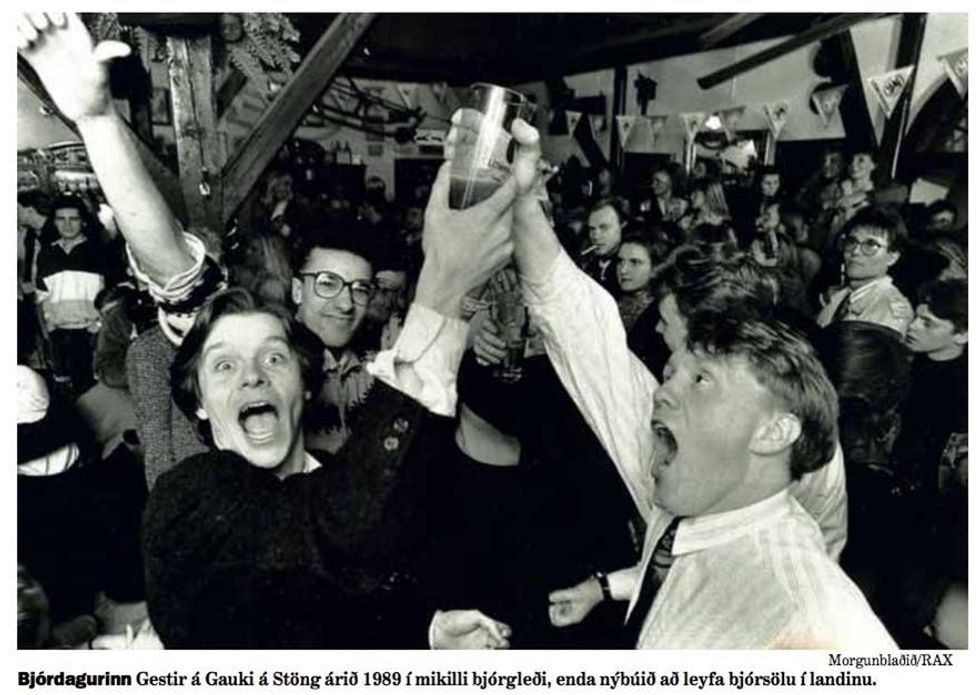 Let's start with the least daunting. Taking place in the first four days of March, daylight is not as sparse for the annual beer festival. And while temperatures are still quite low, you have the advantage of drinking yourself a jacket. Commemorating the end of Iceland's outdated prohibition law in 1989, Icelanders recreate the revelry that followed when beer was finally made legal. Over four days of celebration, you can try festival beers and meet the brewers who make them. The festival concludes with in Reykjavík a closing event that includes "live music, exclusive beers, and beer oriented menu." 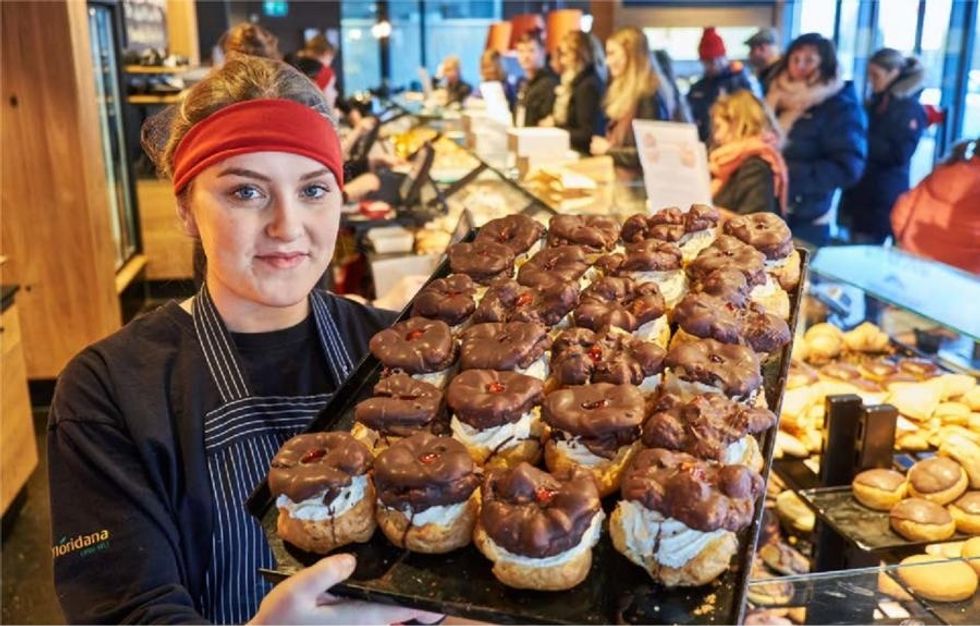 Three food-based festivals, three days in a row! These celebrations, leading up to the first day of lent, are particularly fun for kids, but they include something tasty for the whole family. Bolludagur, also known as Bun Day, takes place on Shrove Monday, and for adults, it basically involves eating as many of the customary cream buns—bolla—as you like. Adapted from the Scandinavian holiday of the same name, Iceland's variation adds a special feature for children. Namely, on this day children are expected to wake their parents with rapid, spanking blows from the bolludagsvöndur—a colorfully decorated spanking wand—and the number of spanks they manage to get in before their parents can stop them is the number of bolla the children will receive throughout the day. No, I am not making this up.

The second day of festivities is Iceland's take on Fat Tuesday. Sprengidagur, depending on who you ask, either means "exploding day" or it refers to a practice of sprinkling holy water. If you stick with the former, Sprengidagur is all about stuffing your face with rich, fatty foods until you're ready to burst. On the traditional menu is a lot of salted meat—including horse—and yellow peas.

Lastly, Öskudagur, which takes place on Ash Wednesday, is often referred to as Icelandic Halloween, because little kids in costumes wander around collecting candy from strangers—but in Iceland the kids sing for their candy! If that isn't adorable enough for you to book plane tickets, you're broken. 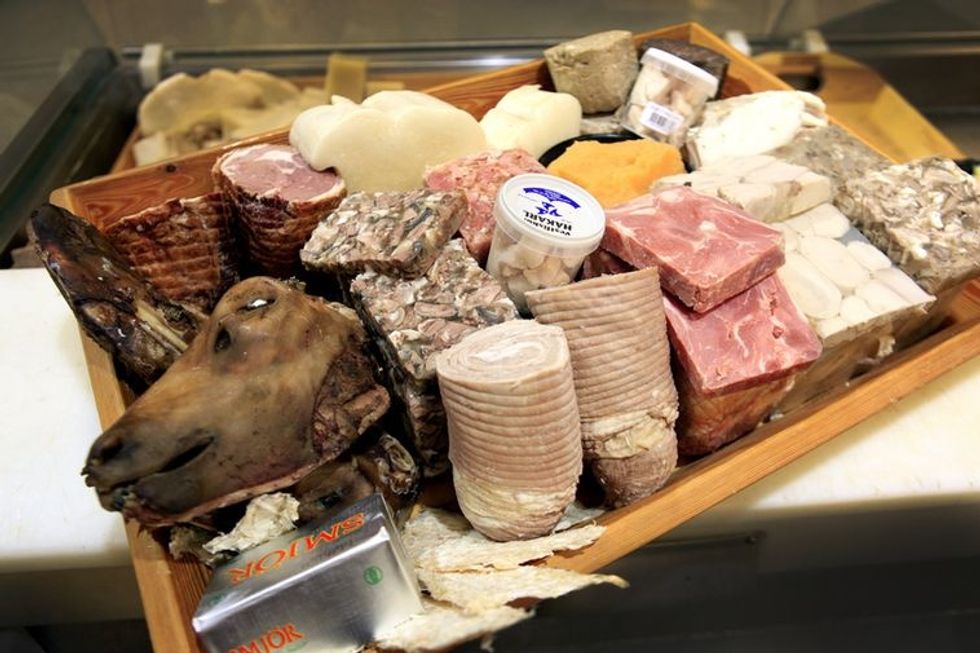 This last festival is...not for everyone. If you are not an adventurous eater, you'd better steer clear. But for those of us who are willing to hold our noses and dig into some traditional Icelandic cuisine, this annual celebration is the perfect time to experiene it all. Thorrablot—or Þorrablót—is dedicated to all the things that people who live in frozen darkness will eat to survive, including but not limited to Blóðmör (blood sausage), Hrútspungur (ram testicles), and Hákarl (putrefied shark). If you can handle all that, you've earned a soak in one of Iceland's legendary hot springs and a glass of Brennivín under the northern lights. 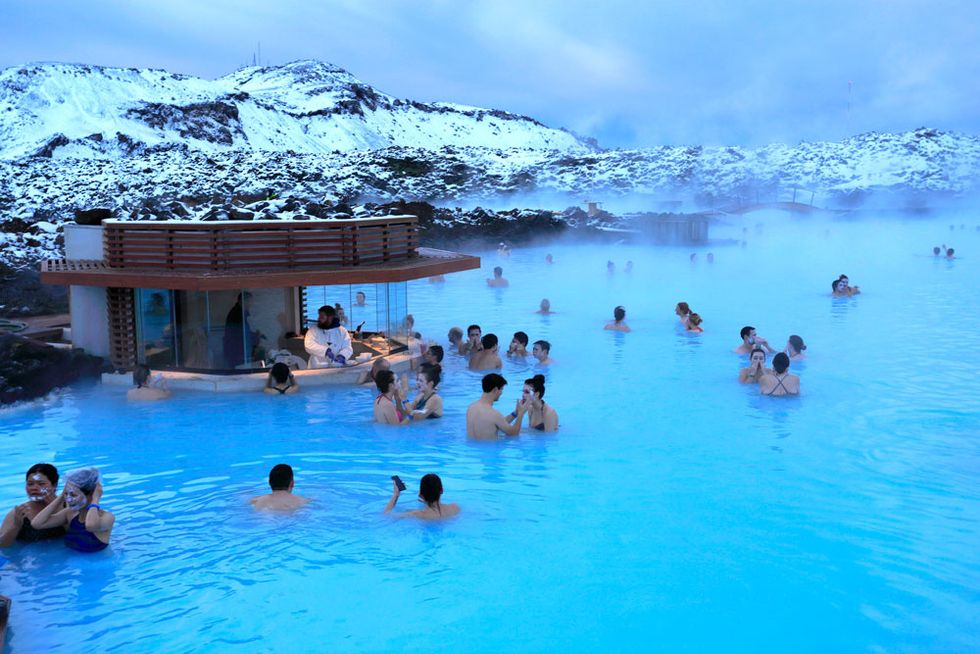