The Best Whiskeys to Enjoy in Quarantine This St. Paddy’s Day

Somehow most of them are in New Jersey.

Once upon a time, the land we now call America was comprised of forests, fields, and indigenous lands. Then, over the course of a few centuries, America was colonized, its indigenous inhabitants were killed, and contractors blasted through mountains and cut through swamps and rivers to build our massive, tangled network of highways and roads. Today, there are around 4 million miles of road in the USA.

In general, America is a deeply haunted country, perhaps because of the colonial violence that characterized its origins or maybe also because the whole world is haunted. Regardless, there are a great deal of strange legends and peculiar paranormal sightings in this country—and many of them revolve around our expansive highway system. Here's a guide to some of America's most haunted roads and the gory, terrifying ghost stories that accompany them. Explore at your own risk. 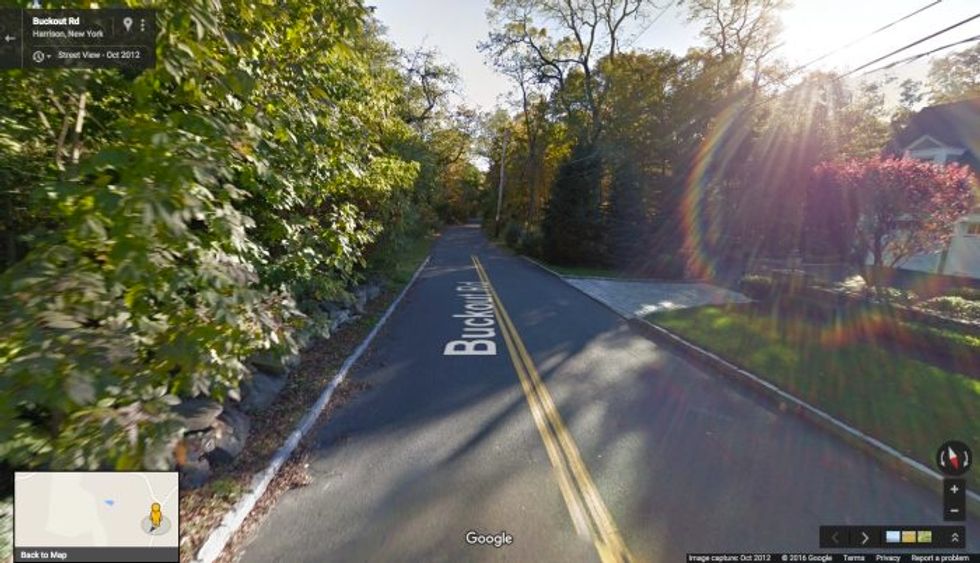 Buckout Road is a definite candidate for the spookiest road in the USA. According to a very old news article in The New York Daily News, this road—located in the county of Westchester, New York—experienced its first (recorded) homicide when a member of the family who owned the land was hanged for murdering his wife and her lover. According to legend, the spirits of these murdered lovers still haunt the woods.

That's far from the only weird story about this road. Once, there was a crumbling old red barn on the side of the road that is said to have housed a family of vicious albinos. According to one urban legend, a teen once tried to prank the house by putting a gun in the family's mailbox...but found a decapitated child's head inside. Since then, the road has been affectionately referred to as "Head Road."

If you drive a little further past the old site of this barn, you'll find three white X's painted on the pavement. The rumor is that these X's mark the spot where three witches were burned. According to legend, if you drive past these X's and flash your car lights three times, then turn off your car's engine, it won't start. Then there's the legend of a Leatherman, a man who used to live on the road and apparently still wanders its haunted forests.

I've actually been to Buckout Road. I went in broad daylight, but I was alone. It was summer, and I was tired of being at home so I had decided to visit the spookiest place I could find, and Buckout fit the bill. I drove to the road, parked, and got out and walked right into the woods, daring a spirit or ghoul to come find me. None did—but I did find a smattering of TVs and broken-down filing cabinets and even a rusty, moss-covered car. It looked like ordinary suburban woods, but who knows? I'll have to go back at night one of these days.

There are lots of roads like this one around the country, roads that people claim are haunted by the ghosts of people who died there. If you're still intrigued, check out Wisconsin's Boy Scout Lane, Mona Lisa Drive in New Orleans, The Devil's Promenade in Hornet, Missouri, or literally any street in New Jersey.