What's the best barbecue style? Here are some favorites...

Tempers run hot over heated discussions (sorry, couldn't resist) when it comes to the ultimate barbecue style. It's a very personal thing, often linked with childhood memories or geographic location. Others fall in love while traveling and never look back. Distinguished by sauce, cut of meat, and cooking methods, regional American barbecue styles are fairly varied, and the ongoing debate over the "true" style isn't ending anytime soon. What team are you rooting for? 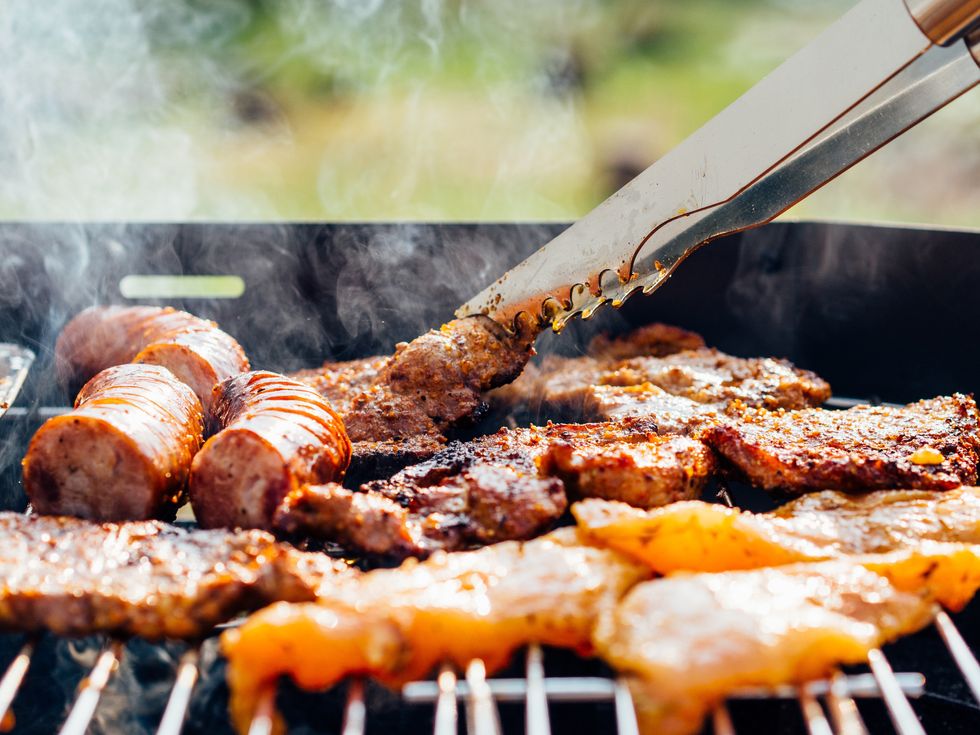 How sweet (and spicy) it is

Not necessarily the most well-known barbecue style, this small-time contender takes its "cues" from Memphis, generally combining pork shoulder and ribs in a tomato-based sauce. (They also dabble in smoking pork and chicken.) Its big claim to fame is its white sauce, invented in 1925 by Big Bob Gibson, the original Alabama barbecue pioneer. It's a standout amongst the other sauces, made by mixing mayonnaise, vinegar, and pepper, and is best when dabbed generously over chicken. As with other states, southern and northern style barbecues tend to vary slightly: the north favors the illustrious white sauce, as well as Carolina-influenced vinegar variations, and the south loves their mustard sauce and a heavy smoked flavor. 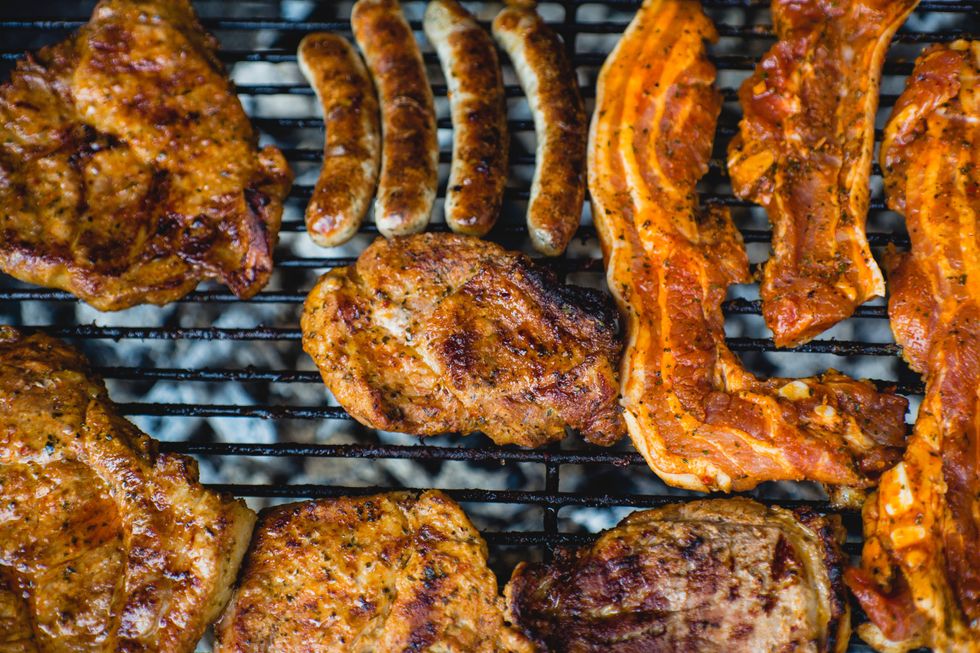 Texans are proud of their barbecue prowess, and with good reason. Such a large state plays host to several varieties, a nod to its mixed cultural origins and massive immigration. That being said, the most highly recognized style is the one that originated in Europe. Nineteenth century Germans and Czech butchers chose to smoke their leftover meat or make it into sausages, not because they wanted an unadulterated meat taste, but rather out of convenience and necessity. By making into smoked brisket or sausages, they could prolong the life of the beef. Sauces in Texas (known as "mops" or basting sauces) are used to add flavor when cooking, so don't expect a big ole' squirt of sauce sitting on top of your brisket. And do expect a cocked eyebrow or two if you request some.

If you've got a hankering for more exotic cuts of meat, head down to south Texas, where they favor the barbacoa style barbecue. Made by slow-roasting a cow head in a deep pit for 12 hours or so, this economical style is almost extinct, but can still be found at Vera's Backyard Bar-B-Que. East Texans prefer more tender cuts of beef that can easily be made into sandwiches, and also enjoy a variety of sides with their 'cue, like fried okra, green beans, and stick-to-your-ribs mac and cheese. 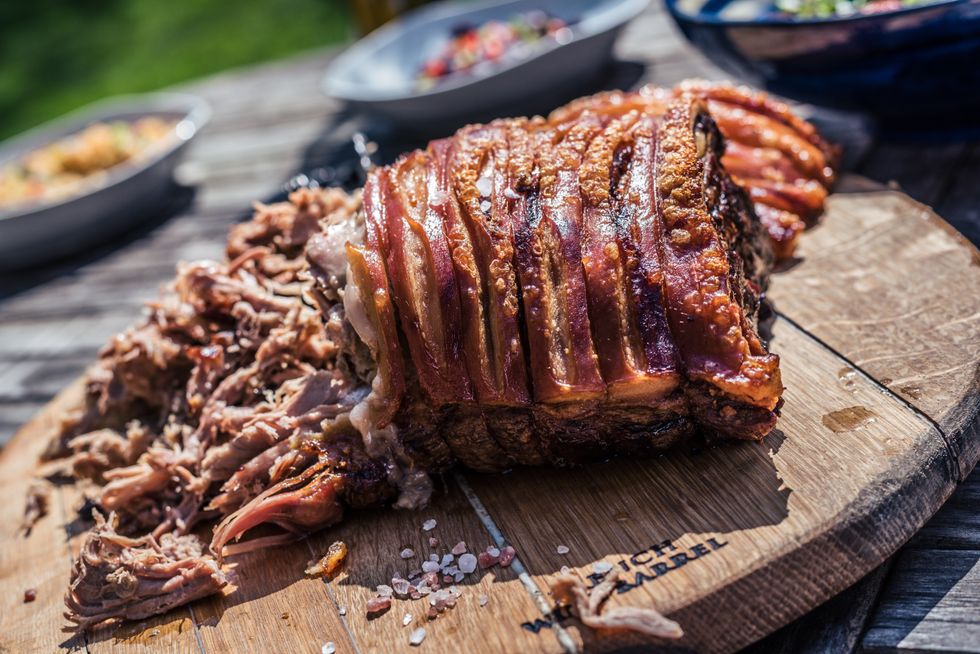 Talk about stick to your ribs!

North Carolina - nothing could be finer

North Carolinians are divided between two distinctly different barbecue styles: "Eastern" and "Lexington Dip" or "Piedmont" style (how you refer to the latter depends on where you live). The Eastern style is characterized by the practice of using the whole hog. That's right—they cook the sucker, then chop it all up and mix it with a vinegar and pepper sauce. Eaten with "cracklin'" (crispy pig skin, for those not in the know), this style should only be consumed when wearing expandable pants. In this instance, the sauce is not overly sweet nor overpowering. It's used to baste the pig while cooking, and lightly mixed in prior to serving to accentuate the flavor of the meat.

In the west, the Piedmont relies on pork shoulder smothered in a tomato-based vinegar sauce. Instead of pigskin on the side, you'll be treated to coleslaw, which is often slapped atop a pulled pork sammy. The Piedmont style is an aberration of the original eastern vinegar-based sauce; it's essentially the same thing with the addition of ketchup. Heinz's flagship product revolutionized the way the world enjoyed barbecue sauce, and was one of the first major players in the bottled barbecue sauce industry. 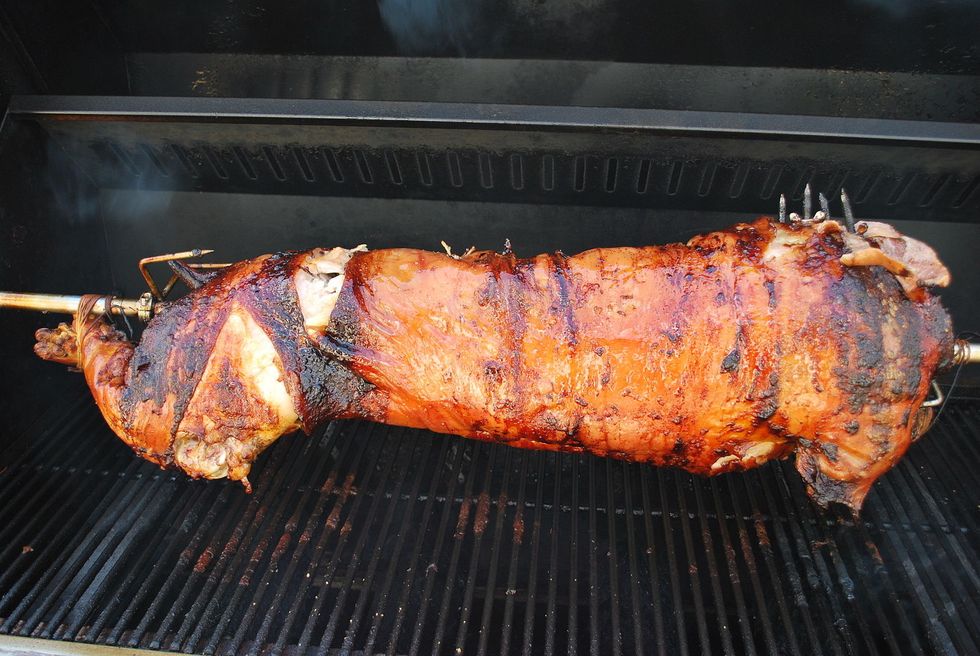 Like their northern neighbors, proud barbecuers in South Carolina also insist on using the whole pig, only they smother it in mustard-based sauce that goes by the name of "Carolina Gold." As the story goes, German immigrants introduced this much loved condiment into the barbecue sauce in the late 19th century, but it was actually a lone German immigrant named Joseph Jacob Bessinger who's ultimately credited with creating this new species of sauce. According to legend, he was desperate for a new form of revenue to feed his wife and 11 children when his wife found an ad for a restaurant in need of a new owner. The Holly Hill Cafe became the site of the infamous Carolina Gold sauce: an icon of South Carolina barbecue. 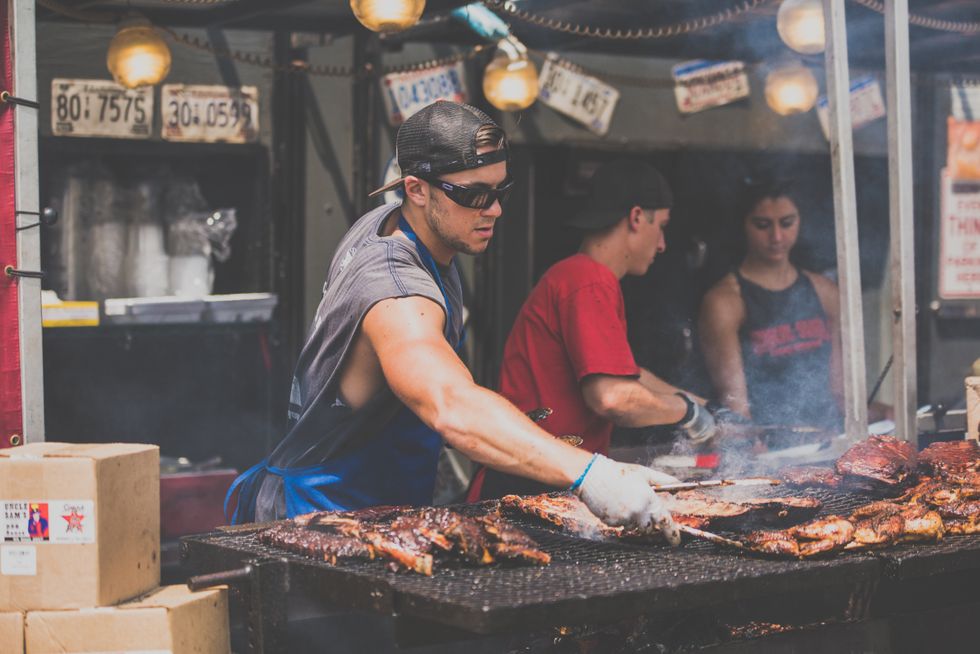 Tennessee - you're not the only ten I see

Next time you're in Memphis, make sure to save time for a hearty meal of "dry" or "wet" (or, you know, both) pork ribs in between jazz and country music sessions. The city's barbecue claim to fame is its dual love—and fierce rivalry—between these two styles. Dry ribs are coated in a rub (a mix of herbs and spices) and smoked, whereas wet ribs are smothered in a tomato based sauce and basted frequently while cooked. Memphis denizens love their barbecue so much you may find it incorporated into other dishes that seemingly lack any ties to barbecue (like spaghetti), but taste delicious nonetheless. 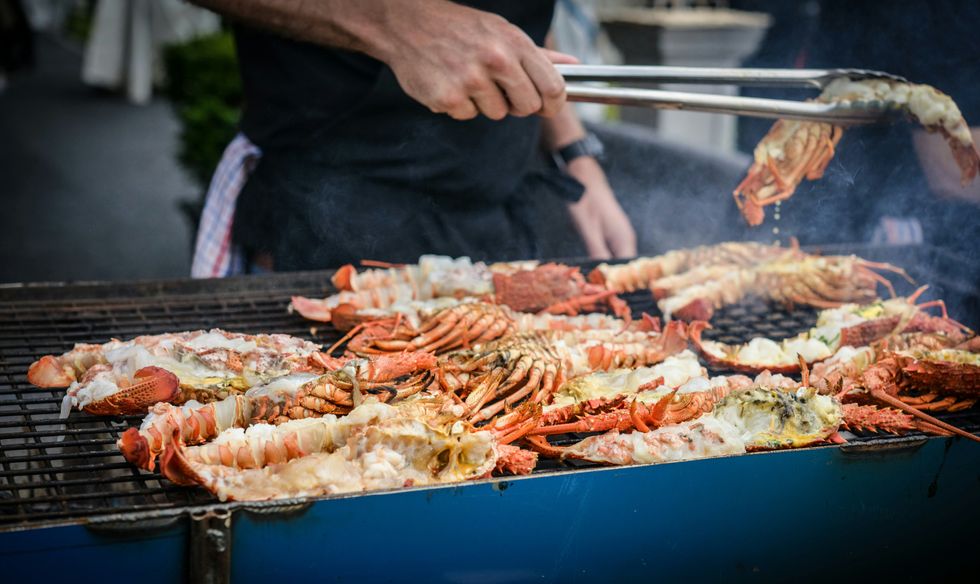 Class it up with lobster

Missouri barbecue takes a leaf out of several national books. Many Kansas City barbecue aficionados find no fault with cooking up any protein they can lay their hands on. Fish, pork, chicken, beef (and even beans sometimes) - they all get thrown onto the pit and roasted. Missouri barbecue is best known for two things, both of which originated in Kansas City. Number one: caramelized double smoked ends of brisket, which are known as "burnt ends." (Clever, right?) The second is Kansas City style barbecue sauce. This is what most people think of today when they think of this favored condiment. Known for its generous inclusion of molasses, sweet Kansas City barbecue sauce first made its appearance in the 1920's and remains a national favorite to this day.

While many states and cities claim to have their own authentic version of "the best" barbecue style, it really comes down to personal preference—and possibly family history. One thing is clear, however: with so many mouthwatering barbecue styles to explore, it's not exactly a painful process to determine which one will ultimately win over your taste buds.