The visage of the train pictured above could be laughing or screaming, or maybe it's caught somewhere between the two. Its garish grin—frozen into a wrecked amusement park ride in Tanzania, calcified by rust and time—contains all of what makes abandoned amusement parks so mysteriously entrancing.

Abandoned amusement parks embody a primal kind of fear. They're relics of glittering carnivals where ecstasy once reigned supreme, where thousands threw their hands up as they rode roller coasters towards the sun. But those brief crests of euphoria were always unsustainable; The fall came, as it must.

Now the coasters stand among the tall grasses, the clown faces have been washed clean by rain, and the only screams left are the howls of the wind. If that's not a metaphor for the decline of human civilization due to unchecked greed and desire for limitless distraction, what is?

From decaying miniature Israeli villages to parks that cannot be found on any maps, here are eight abandoned theme parks, each sure to work its way into your nightmares. 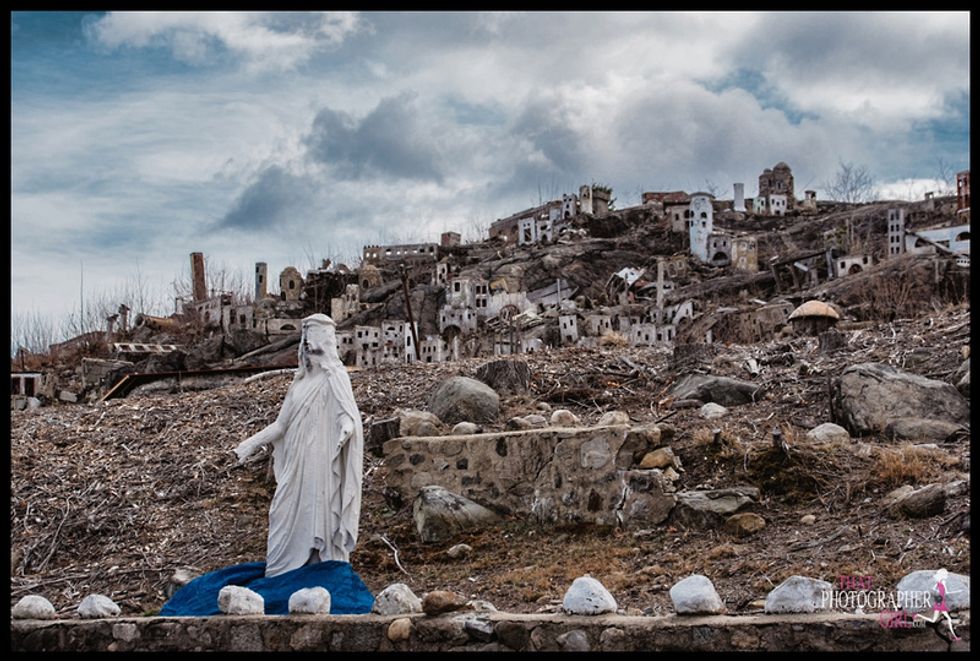 Located in the unassuming suburb of Waterbury, Connecticut, this park was inspired by the Bible—and now it looks like something right out of the Book of Revelations. The creepy attraction contains miniature replicas of Israelite village, faceless Marys, and towering crosses, among other sacred imagery that has been left to rot and return to the land. It was popular in the 60s and 70s but was closed in 1984.