From Palestine to Portugal, here are the world's most inspiring ecovillages.

All across the world, people are gravitating towards sustainable communities known as "Ecovillages."

According to ecovillages.com, "An ecovillage is an intentional, traditional or urban community that is consciously designed through locally owned participatory processes in all four dimensions of sustainability (social, culture, ecology and economy) to regenerate social and natural environments."

This definition is intentionally broad, as ecovillages can take many different shapes and forms. They can be made from scratch or can be created in existing towns and villages. Always, ecovillages are dedicated to fostering societal change—and not only through sustainability efforts, but also by facilitating economic equality, spiritual awakening, and human compassion.

Most responsible ecovillages prioritize working with local communities, and actively avoid the trap of becoming a kind of walled village for rich, usually white environmentalists. In this, they provide valuable lessons for the environmentalist movement on the whole.

More research is needed to fully understand and apply their success and failures to new projects, but these innovative ecovillages—sometimes inspired by spirituality, other times on the cutting-edge of green technology, and often doing both at the same time—can provide valuable visions for how the world could look in the future's best-case scenario. 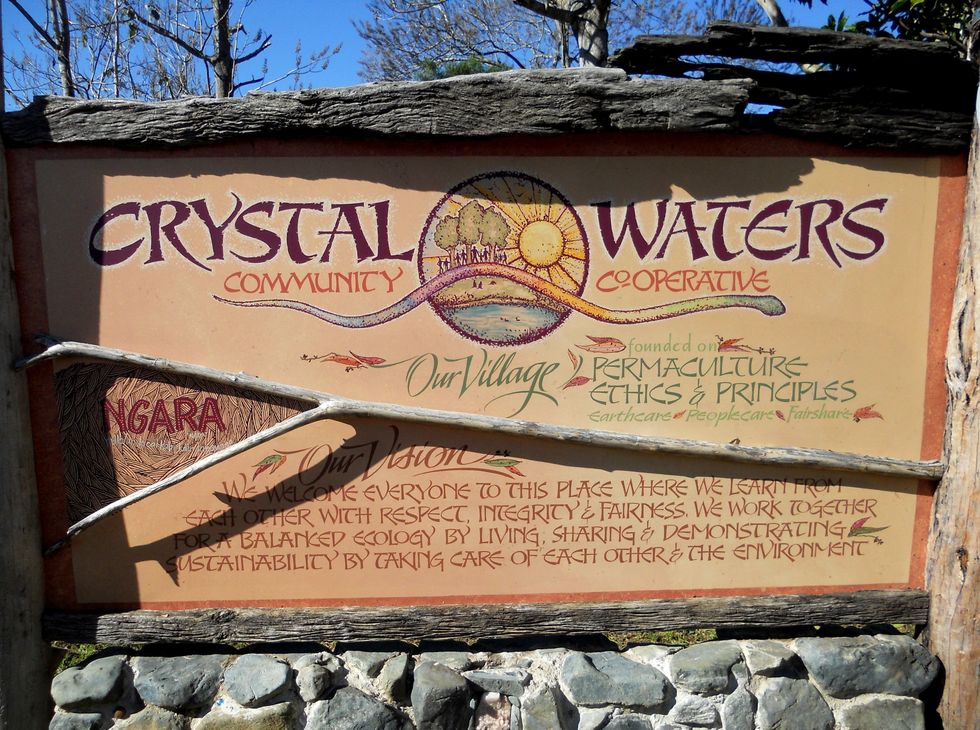 When it was founded in 1984, Crystal Waters was the world's first permaculture village. Permaculture is a style of farming based on emulating natural systems, utilizing nature's mechanisms of reproduction and rebirth to ensure a sustainable way of sourcing food and energy; today, it's spread across the globe as more people realize the importance of living in a sustainable manner.

Today, this community cooperative is an environmentally friendly permaculture farm that offers living opportunities for people looking to live in harmony with the earth. Located on 650 acres and home to 250 people, it's a prime example of what all of our communities are going to need to become if we want to learn to coexist with the planet and each other. 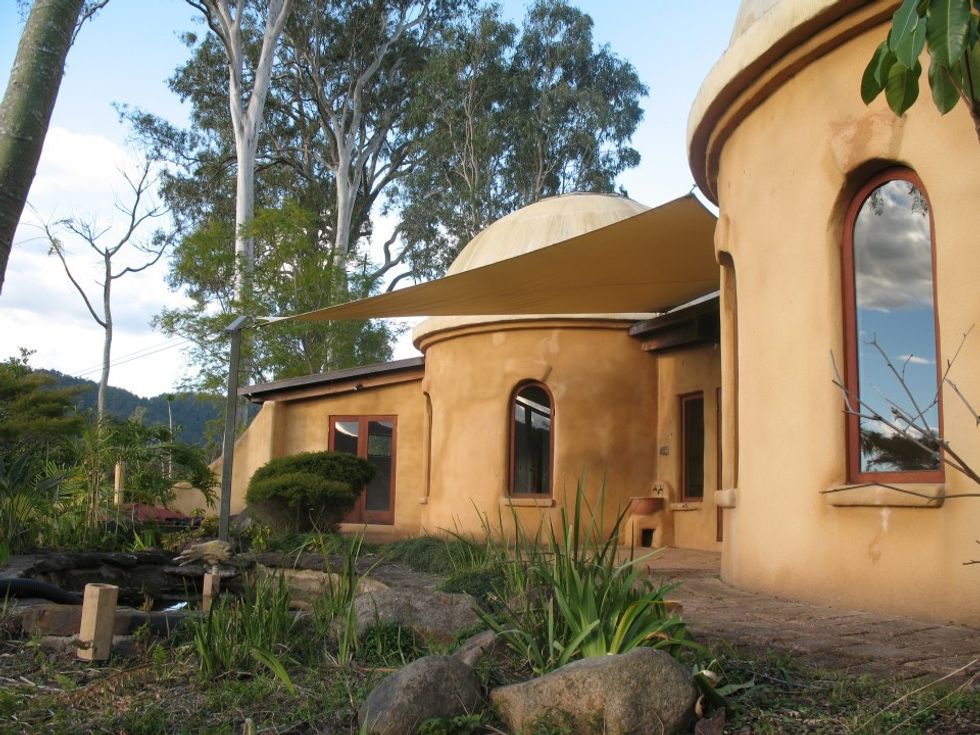 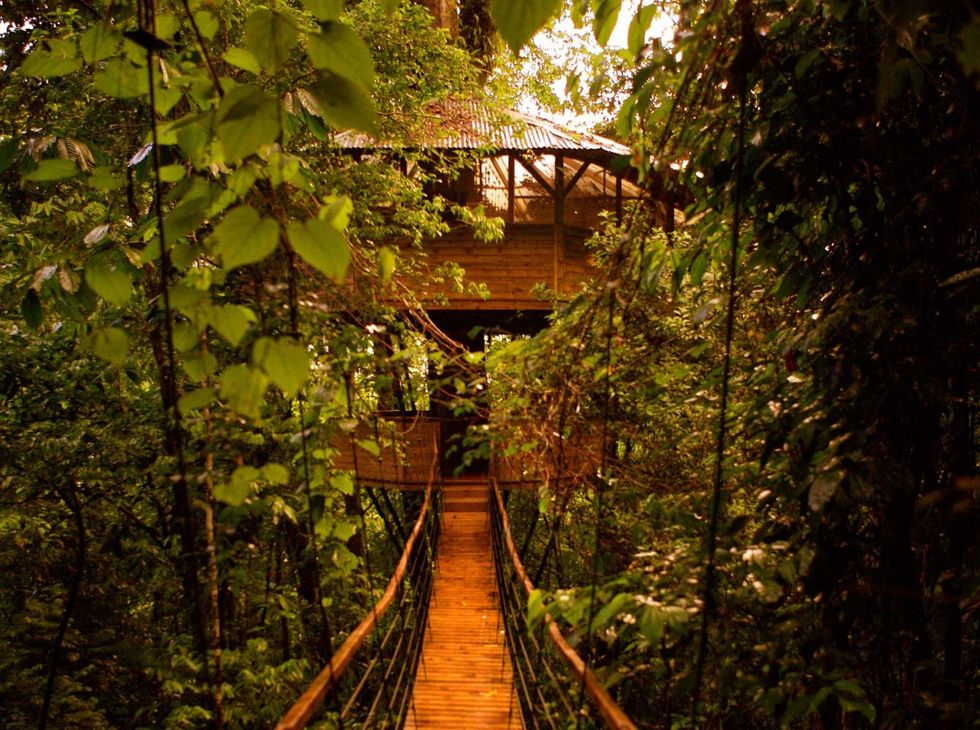 Have you ever wanted to drop everything and live among the trees? The residents of Finca Bellavista have done just that. Community members design and build original treehouses, which are connected to each other by an aerial walkway that extends through the jungle canopy. The community emphasizes sustainable living and self-sustainability—one of their requirements states that each resident must buy a biodigester, which is a machine that converts waste into energy.

If you don't want to commit to living there forever, you're in luck: Some of the houses can be rented out, and they also have a special aerial venue designated for weddings. 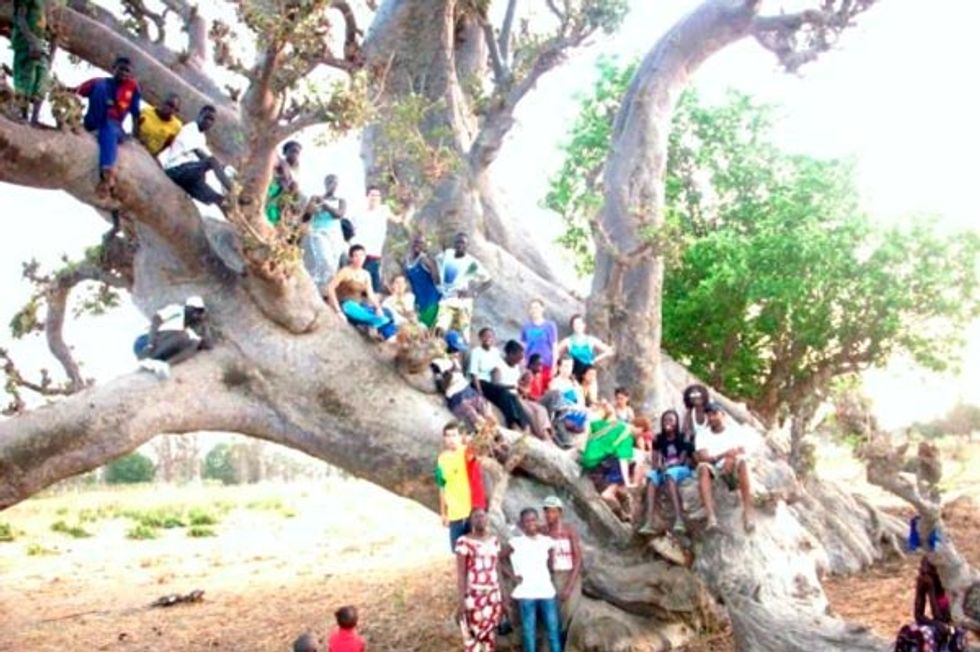 Environmental action means nothing if it doesn't work with local, low-income communities who are already on the front lines of the worst of the environmental crisis. One of many Senegalese ecovillages, Eco-Yoff village puts this into practice, as it's designed to focus on "poverty alleviation through social and environmental micro-enterprises," according to the Handbook for Gentrification Studies.

This ecovillage trains villagers in environmental practices like waste water recycling, solar power, and vegetation. Its efforts are dedicated to resisting gentrification that can occur as flooding moves wealthier homeowners closer inland, and they're also meant to help the community develop a symbiotic relationship between environmentally conscious living and improved quality of life. 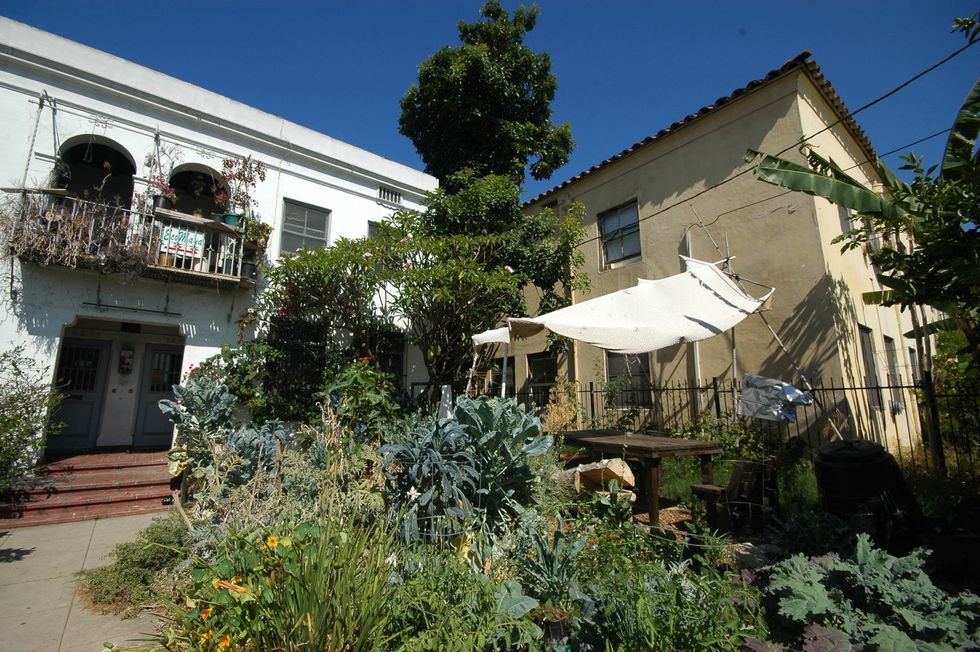 The Los Angeles Ecovillage developed after the 1992 LA riots inspired a resurgence in social justice activism. Today, the village is home to 40 people committed to focusing on community life and environmental action.

"Our vision is to reinvent how we live in the city," its website reads. "We do this by demonstrating higher quality living patterns at lower environmental impacts while striving to connect the social, economic and ecological systems of our neighborhood." 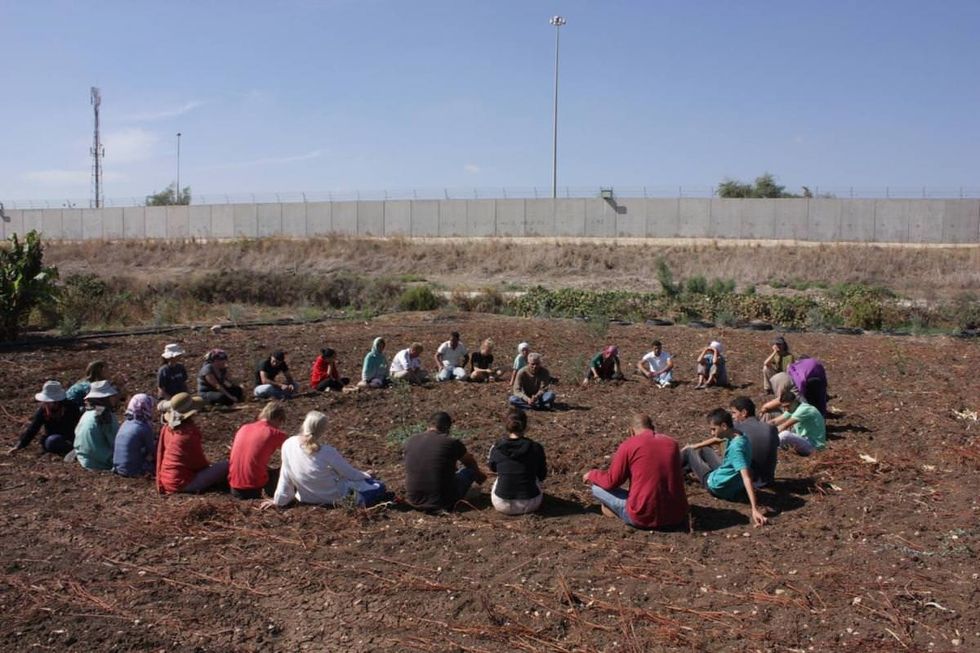 When Israelis built a wall right through Hakoritna Farm in Tulkarm, Palestine, farmowner Fayez Taneeb decided to convert what was left of his damaged land into a sustainable symbol of peace. Taneeb found his way into permaculture and sustainability while protesting the wall with international peace activists. "That was when I started to hear about permaculture, and to realise its potential," he said. "I received the message that water, food, and energy are available to all humanity if we work with the laws of nature. That's a powerful resistance tool, because water, food and energy are things that Israel does not want us to control." 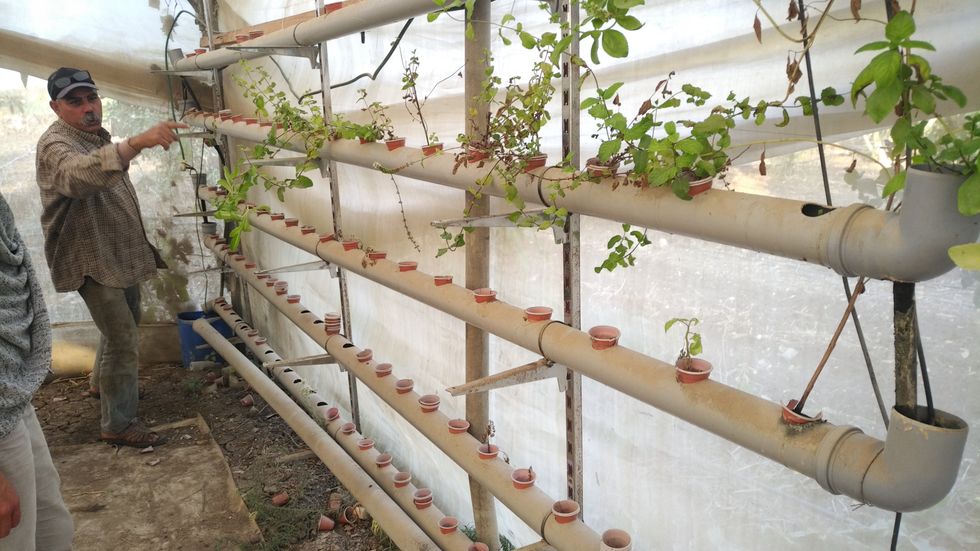 Today, the farm is an up and running ecovillage that teaches locals how to build biogas tanks and convert waste and sunlight into energy. The farm also hosts a unique aquaphonics installation (which grows plants and fish together in one integrated ecosystem) and uses solar drying, seed collection, trading, and many other sustainable technological solutions. 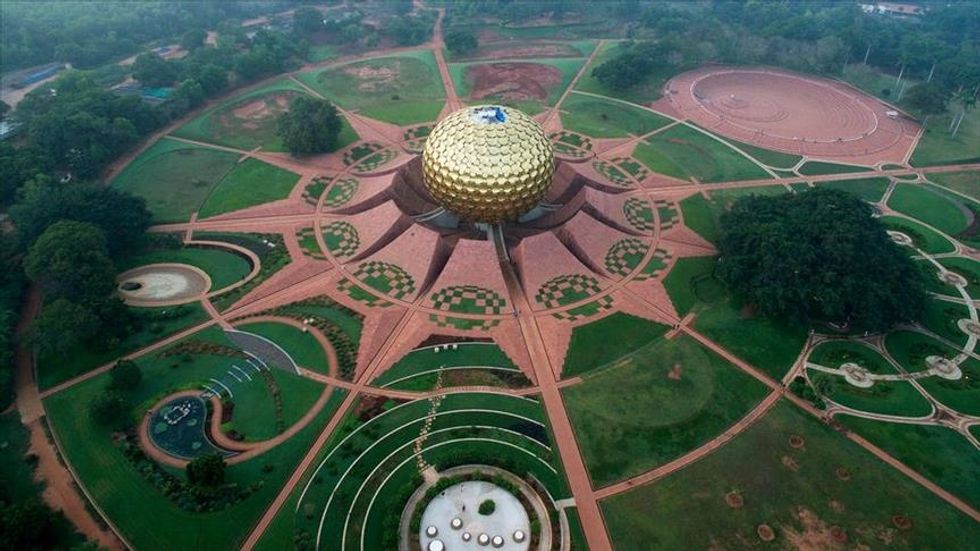 Auroville is an ecovillage and sustainability education center in India. With a population of around 2,000, the eco-city is most notorious for having restored massive amounts of lush forests to a formerly barren land. Today, it's a utopian community born of 1970s idealism that has visions of becoming a 50,000-person multicultural township. Land, school, health care, and electricity are free, and Aurovillans work together to keep the community running in a sustainable way. 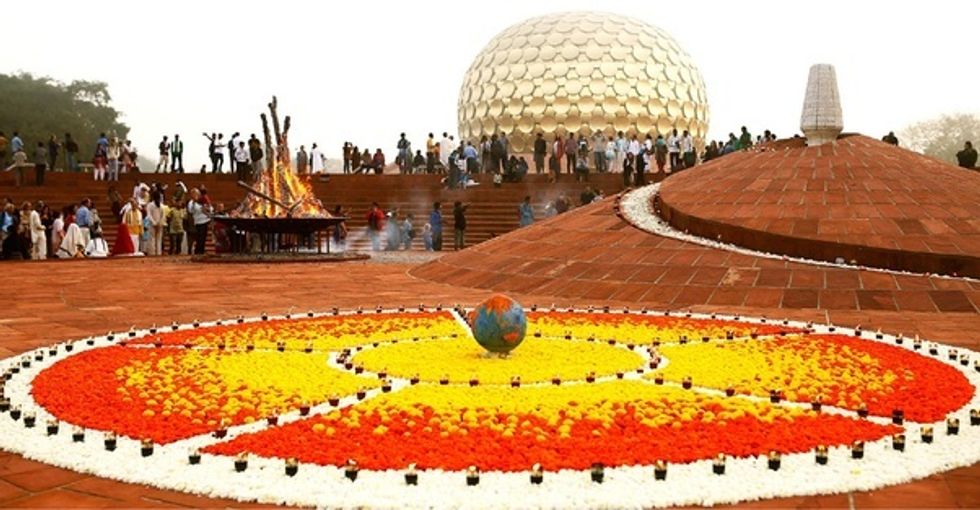 The community was originally inspired by the teachings of Indian thinker Sri Aurobindo and his partner, a woman known as the "Mother." Together, they emphasized the connection between peace and work, and the Mother went on to found the Auroville Ashram, which was the blueprint for what Auroville would become.

Auroville has gone through changes, successes, and failures since its inception, but one thing remains constant. It's dedicated to shaping a better way of life, one completely free from ownership, excessive waste, and corruption, one where people can pursue a higher consciousness together. 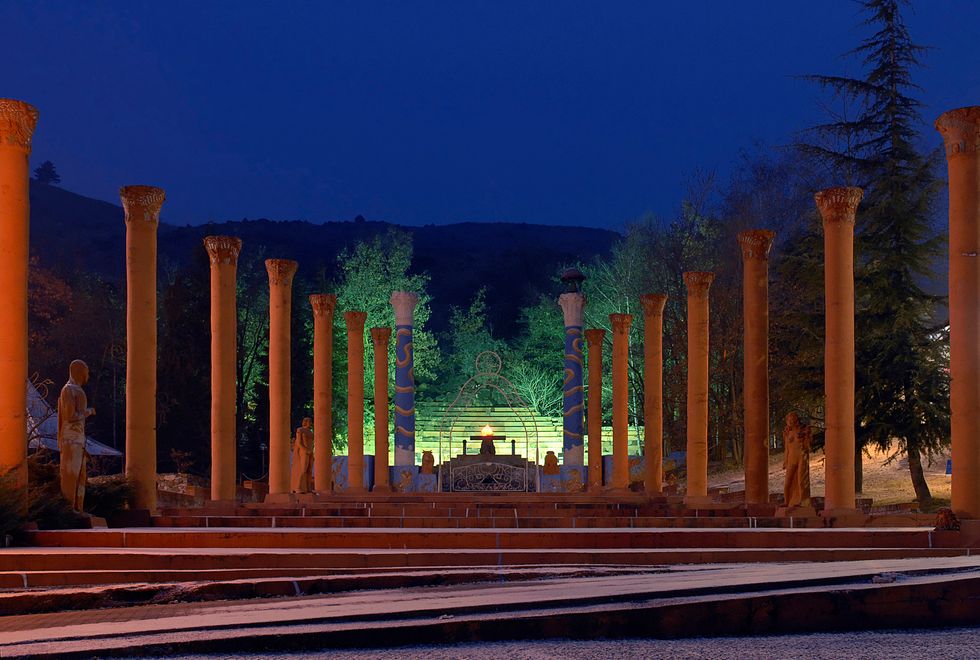 Located in Piedmont, Italy, Damanhur is an ecovillage that consists of around 600 people. The community has its own Constitution, currency, and education system, and it offers many retreats and courses for visitors and locals. Its citizens use green building principles and work in ecologically friendly clothing production, renewable energy, and similar programs.

Environmental consciousness is part of Damanhur's framework. One of its many programs is Music of the Plants, which involves research on plants' ability to communicate and which facilitates concerts inspired by nature's melodies. According to its website, "In the Damanhurian Spiritual Vision, humans are part of a spiritual ecosystem with forces and intelligences, and it is important to establish a conscious contact with them."

Damanhur is also famous for its cathedral, known as the Temples of Humankind. Dug by hand into the side of the mountain, the temples are full of mosaics, stained glass, and art, and they've been called an Eighth Wonder of the World. 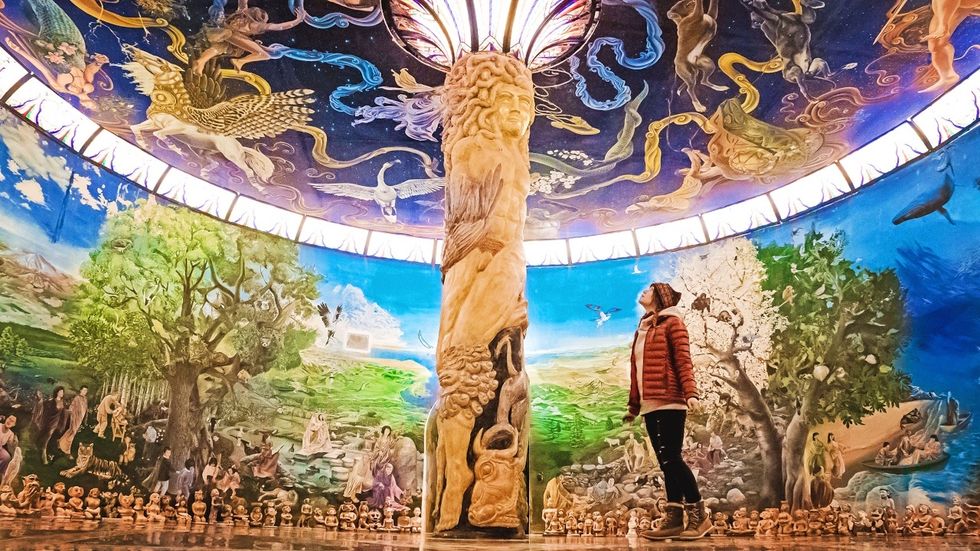 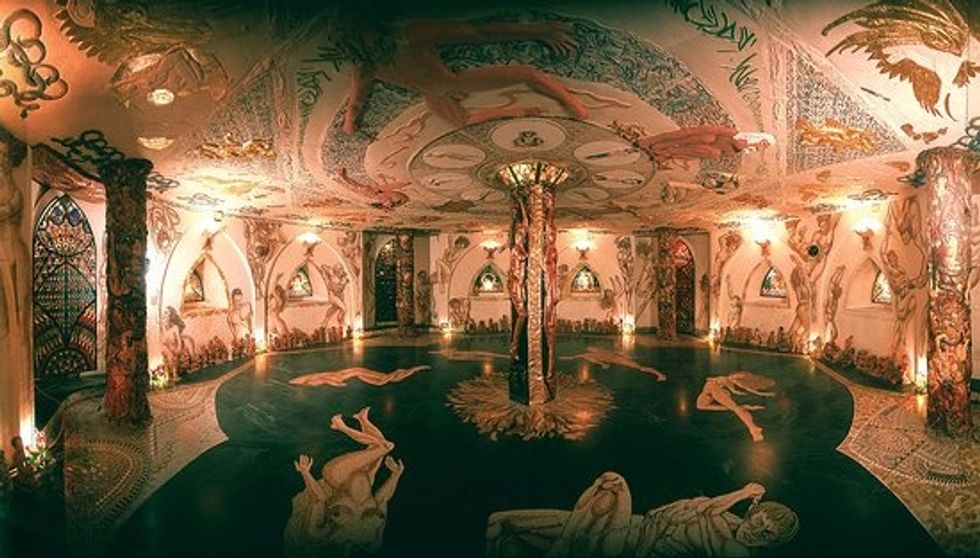 Built in 2002, the village focuses on economic development in conjunction with ecological sustainability. The town still has no electricity, but its buildings are made to stabilize internal temperatures and its design incorporated technologies like solar lanterns and solar-powered air heaters. 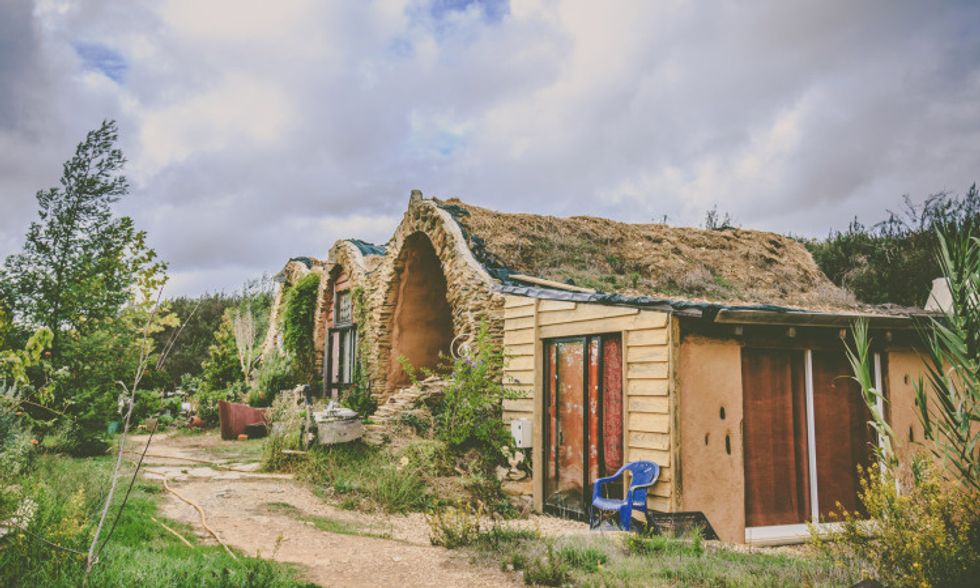 Founded in 1995, the Tamera Peace Research and Education Center in Portugal is dedicated to achieving peace on Earth. The community, which consists of around 200 people, follows no mandatory ideology, but it prioritizes love and connection between people, animals, and the earth.

Tamera envisions a new model of living for human society, which it calls a "Healing Biotope." It was founded by three German professors who left academia to focus on tapping into the core problems that lead humans to destroy each other and the environment, like greed and jealousy. Tamera began as a social experiment dedicated to finding ways to surmount these problems. Its founders developed a complex philosophy that theorizes that the existence of peace research villages is necessary to create global healing.

Today, the research village partners with many environmental organizations and is involved in many projects. It emphasizes scientific advancements like permaculture and solar power, as well as mental advancements like reducing the "war between the genders" and inspiring others to work towards their mission of world peace. 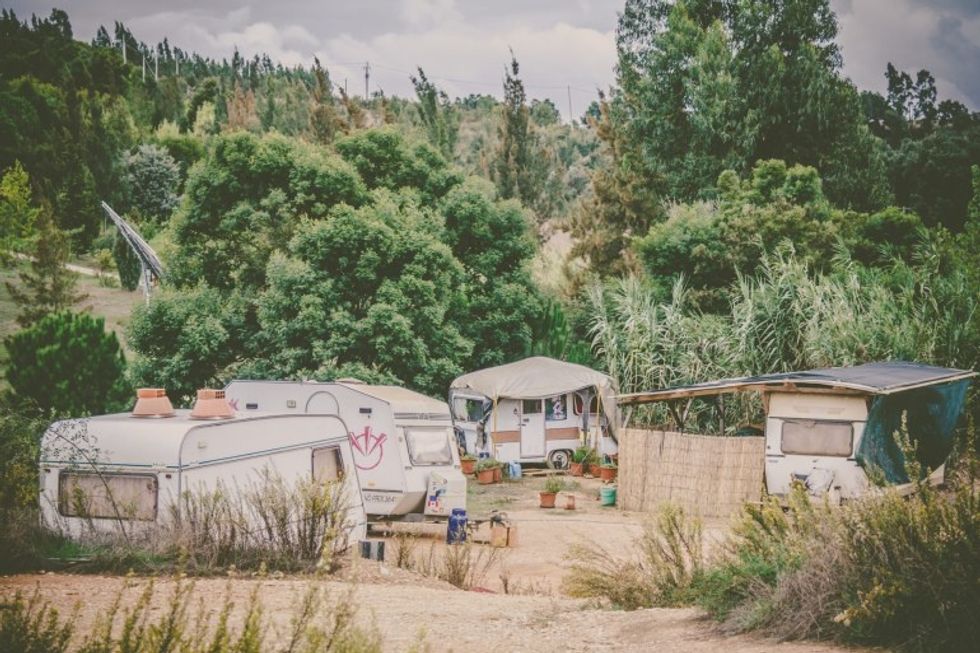 While this is not yet an ecovillage, owners of tiny houses all across the globe are connecting, and many hope to eventually create an eco-friendly community (or several) of tiny house owners. Plenty of tiny house communities exist, but we've yet to see one grow into its true ecovillage potential. Check back for updates. 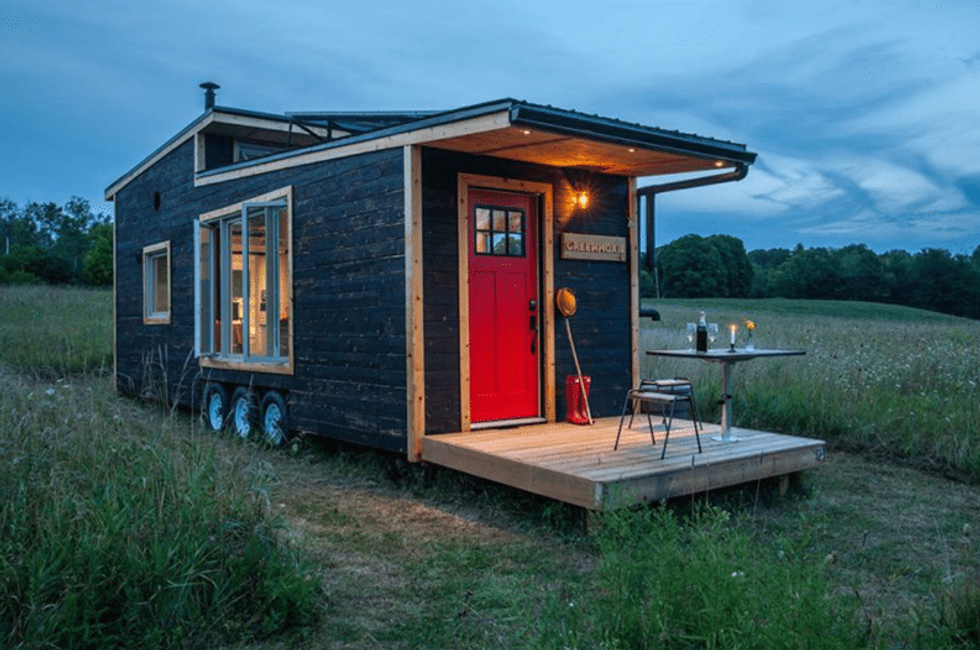