French New York: The language of love in the heart of Brooklyn

When it comes to the most famous American cities, New York City somehow seems out of place. While it's renowned among natives as one of America's best cities, it's quite possibly the least American. It's true there's a couple of baseball fields and some killer barbecue joints, but it's rare to see tried and true New Yorkers soaking up these cliché manifestations of their supposed "American" culture on the regular. Out of all the people that could be wearing a Yankee hat and I Love New York t-shirt in the middle of Times Square while hugging Mickey Mouse, chances are, this will not be a New Yorker. Or even an American. And it makes sense. With an always-booming international population, New York City's ethnic communities have quickly become home to generations of expatriates looking for a little slice of their homeland in this weird, confusing, and one-of-a-kind metropolis.

I work in a neighborhood that looks more like it belongs in Asia than in the Western world entirely. I go to international book stores, I eat food cooked by immigrants of countries to which I have never been. As a New Yorker, English is probably the language that I hear the least often on my city's streets, whether I'm in Midtown, the burbs, or Brooklyn.

So if one were in the market to learn a second language, New York might not seem like a bad place to start. With such an international flair, language acquisition by osmosis is a romantic idea to entertain among us culturally-minded. And with the right tools, it's not such an impossibility. One way to start is by taking some language classes. But be warned: if you're expecting a timeline on fluency, you're about to be majorly disappointed. Many language schools are stuck in their ways of giving students a piecemeal survey of no-longer-fashionable expressions that point out just how foreign they are. 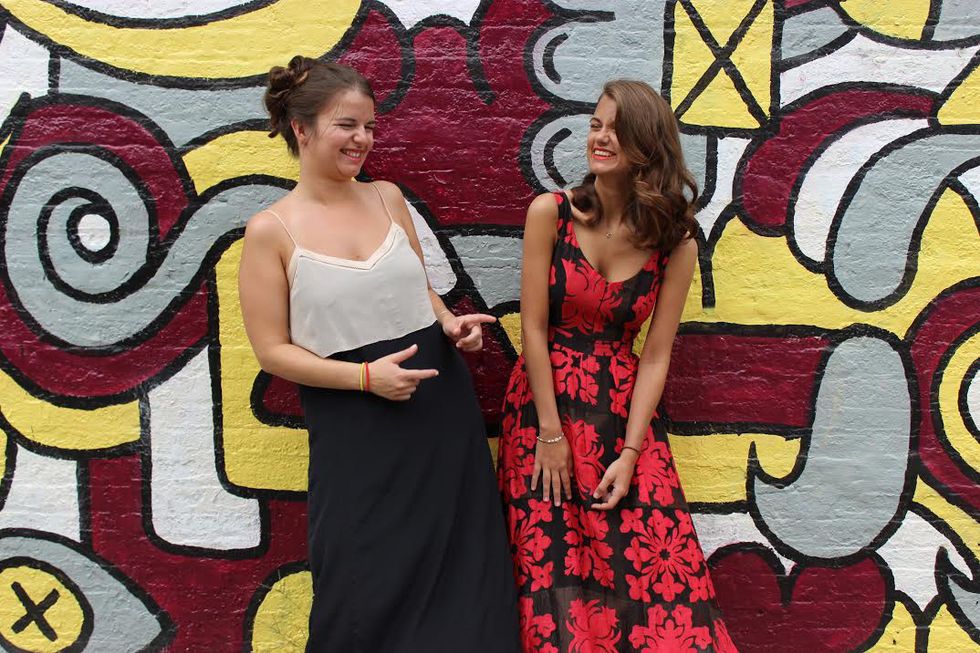 Léa and Marianne, co-founders of CoucouCoucou

But good news: two French cousins are doing language acquisition differently. Léa and Marianne are the duo behind an innovative kind of school that puts their native tongue in the forefront beyond the traditional academic context. Coucou, with flagship location in Williamsburg, Brooklyn, has become a hub for Francophiles that are looking for a real French education, and more importantly, a French community.

We all know that learning another language is not an easy or quick task. There's vocabulary, tenses, pronunciation, idioms, and to master it all takes a lifetime or more. Add on top of that new words, phrases, and regional slang popping up everyday, and it's nearly impossible to keep up. That's something I learned through experience.

The more I devoted myself to learning French, the more I realized how vast a language it was. It wasn't just the ability to have a stunted conversation about trying on a dress in a department store; it was about finding the nuance, rhythm, and cadence to the language, which is something that cannot be achieved in a vacuum. It seems then, that true language acquisition and fluency will not be a product of textbook-learning. In a typical French class, you'll likely focus on the cliché aspects of French society, but not the real stuff. If I was taking a class on America and all my teachers talked about was baseball and barbecue, I would be rolling my eyes. It takes the art of conversation to stimulate new connections in the brain. It takes a synthesis of current events and analysis of past history. It takes an ability to not just speak French, but to think and feel in French. 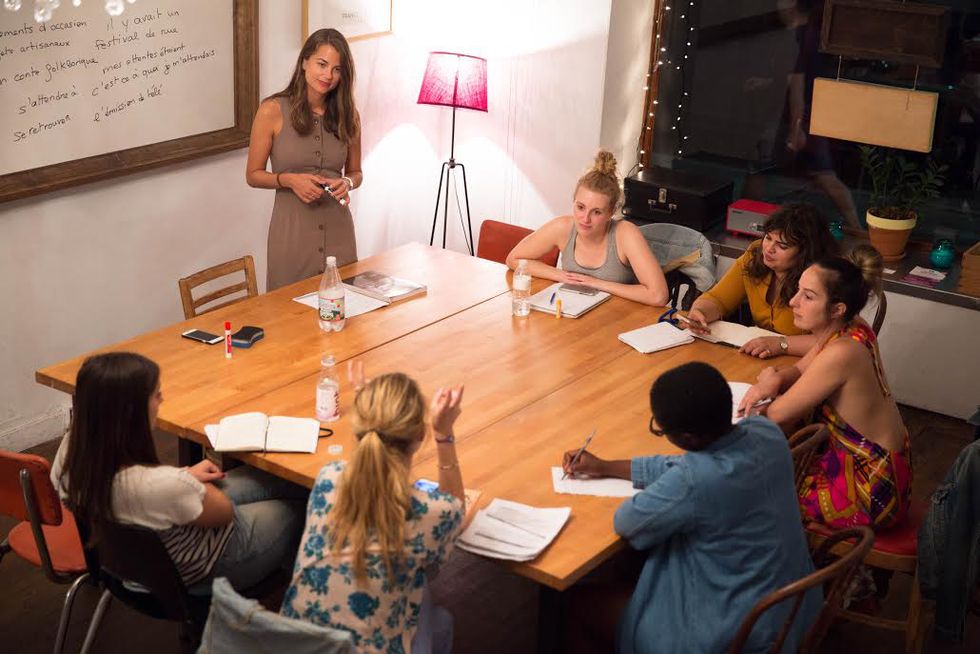 Students in class at CoucouCoucou

That's exactly what Léa and Marianne have designed in their school. Their aim is to get their students outside of the role of student, and into a more vulnerable state of mind, where language-learning is a collective journey. And it's not about words. According to these language ladies, any ordinary person that opens up a dictionary will only know about 30% of the words. That's a lot of what apps focus on, testing you with vocabulary that's out of context and easily forgotten. The test of fluency comes with the ability express complex thoughts that can only be achievable through immersion in a community.

With seven different levels at Coucou, speakers of all experiences can feel comfortable with peers that are on the same page. With small class sizes, it's easier than ever to be able to speak and get feedback, which is essential when learning any second language.

Language is the DNA of the human species. Language is a universe in and of itself. Whether through gestures, pictographs, grunts, or words, throughout history, humans have come up with a variety of creative ways to express their simplest and most complicated thoughts. Language is our basis of communication which goes much beyond words and grammar. It's the way we express love, concern, happiness, mourning, everything. And it must be preserved. So get yourself down to Brooklyn and check out what the hype is all about at Coucou!