These Towns Hover at the Highest Altitudes in the World

From Peru to India, Tibet to Bolivia, here are the highest-altitude towns, villages, and cities known to man.

Many of us will never make it more than five thousand feet or so above sea level, but some people spend their whole lives over ten thousand feet above the rest.

Up here, oxygen is scarce, the winters are harsh, and transportation is often useless against the onslaught of the elements. Still, motivated by tradition, ties to the land, or mining incentives, many people call these cloudy villages and cities home.

The majority of the world's highest settlements are in Tibet, India, and Peru, and they're usually nestled at the foot of even higher and more uninhabitable mountain ranges like the Himalayas or Alps.

Read on to discover the world's highest altitude cities, towns, and settlements, discover their often tragic histories, and be grateful for the abundant air you're breathing now. 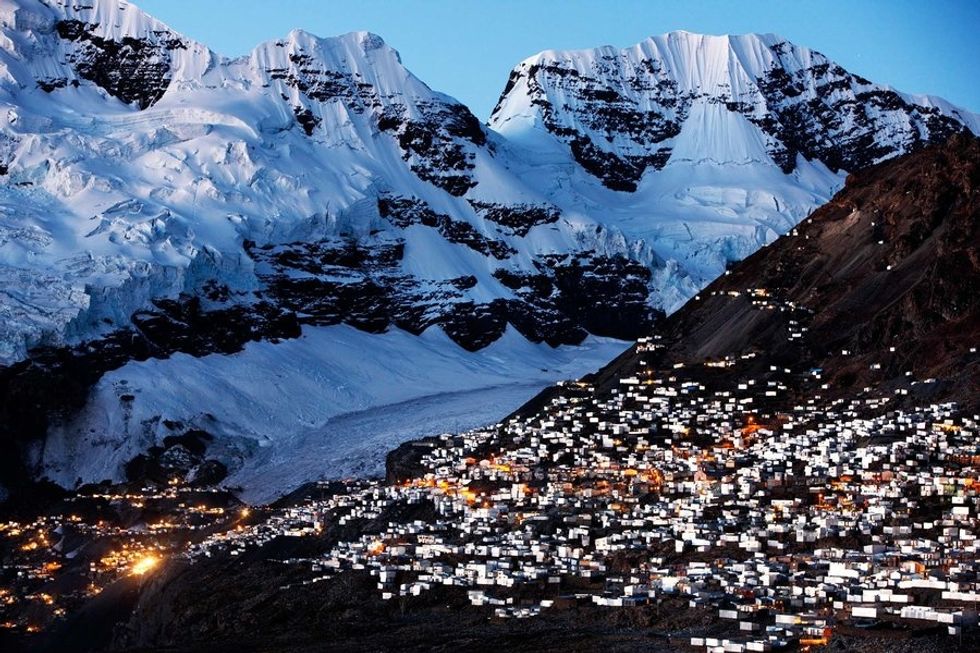 At 16,738 feet above sea level, the Andean village of La Runconada takes the cake for highest-altitude town in the world. Home to 50,000 people, it is mostly inhabited by townsfolk, not tourists, and even if you are inspired to go, you'll have to space your journey out over several days to make sure you safely adjust to the steep altitude.

Life isn't easy up in the clouds. The climate is harsh, and most town inhabitants are gold mine workers whose labor is exploited by large corporations such as the Corporación Ananea.