These are the spots to hit up when you need to eat every kind of food in one place.

As a visitor to New York, you probably think that you know why you want to come here. Maybe you booked a trip with the idea that you could take in some of the stunning architecture, experience the nightlife, or see a Broadway show. All of that is great, but it's not why you came to New York, because there's only one real reason to come to New York: the food.

Gelato, doughnuts, dumplings, sushi. New York does food much better than you probably realize. But if you don't want to wear holes in your shoes running from one restaurant to the next, you may want to prioritize one or more of these markets where you can find a wide variety of the city's best culinary offerings. 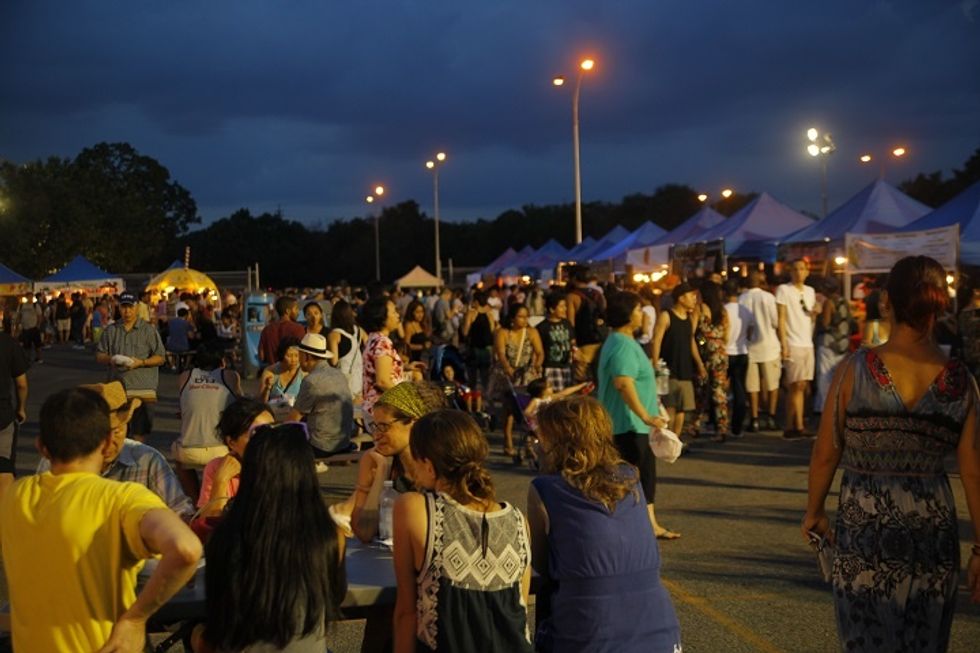 Queens is among the most diverse places on earth, with more languages spoken there than anywhere else on Earth. So it's no wonder the Queens International Night Market, which takes place every April in Flushing Meadows Corona Park—the site of the 1964 World's Fair—is host to such an incredible variety of cuisine. After a short subway ride from Manhattan, you can take a global food tour and eat everything from takoyaki to baklava. With dozens of vendors offering specialties from as many different countries, you are guaranteed to run out of room long before you run out of options. Of particular note on the menu for the coming year are the Trinidadian shark sandwiches, and Romanian-Hungarian chimney cakes. 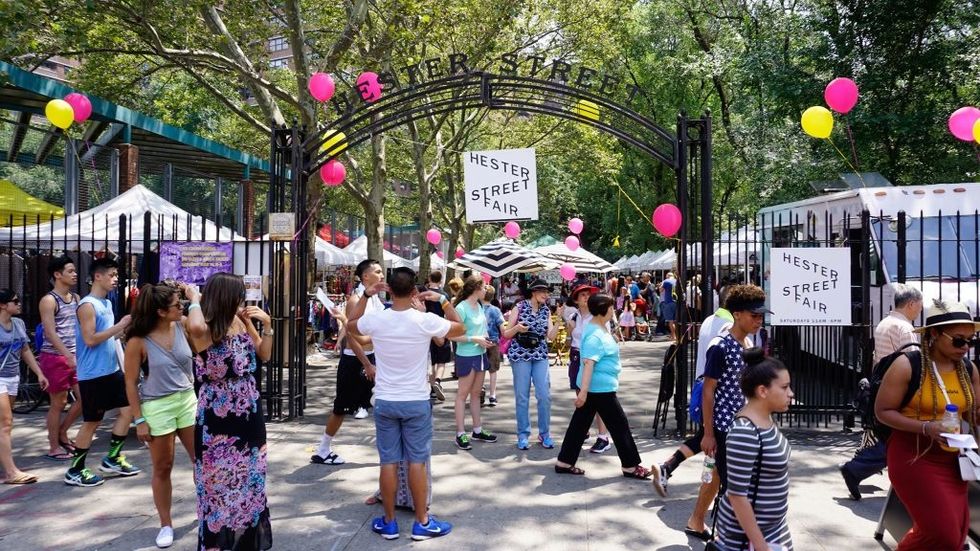 The Hester Street Fair is a much smaller event than many of the others, with vendors and eating areas packed tightly into a section of Downtown Manhattan's Seward Park. A short walk from the more bustling heart of the Lower East Side, the park usually offers a charming, shady refuge from the city, but on Saturdays from spring through fall, it can feel like the whole city piles into this market, with vendors specializing in Macarons, grilled cheese, and barbecue. Best of all, if you can't find something you like, the park is just around the corner from the best doughnuts in the city, at Doughnut Plant, and only a few blocks from the can't-miss Russ and Daughters Appetizers. 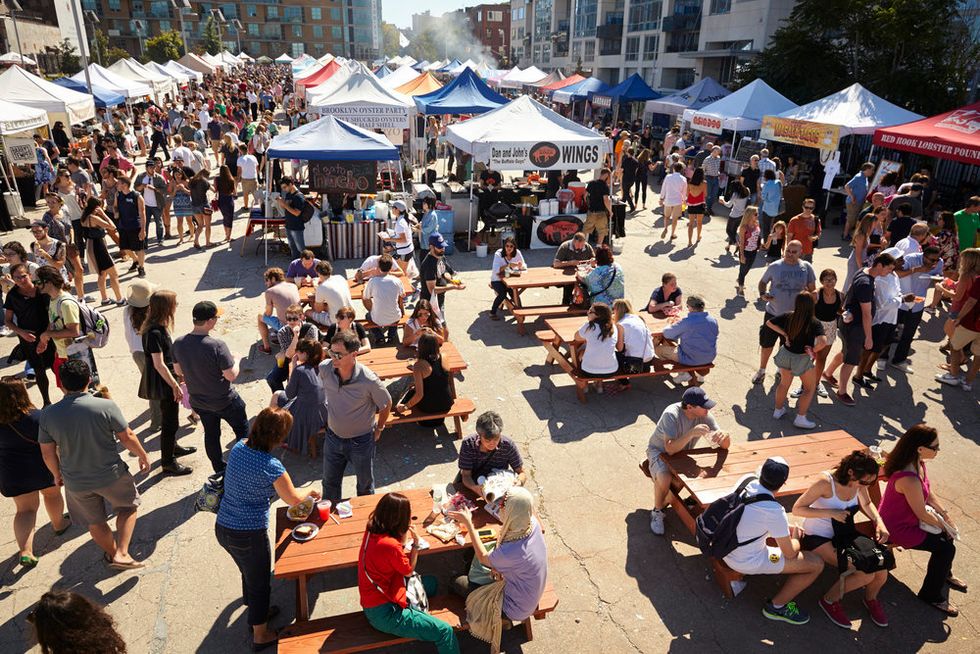 Since it first spun off of Brooklyn Flea in 2011, Smorgasburg has blown up, becoming the largest weekly food festival in the country and branching off to multiple locations in Brooklyn and Manhattan. If there is a fad food—a spaghetti doughnut or a ramen burger—taking over New York, Smorgasburg is where you want to wait in an endless line for it. Whether the views are of the East River, Prospect Park, or the World Trade Center, the food on offer is going to be delicious and interesting—though probably not cheap. Smorgasburg runs from April through November, and in colder months you can visit the indoor Winter Market in Williamsburg. Organizers have also opened a beer hall called Berg'n in Crown Heights that features rotating food stalls. 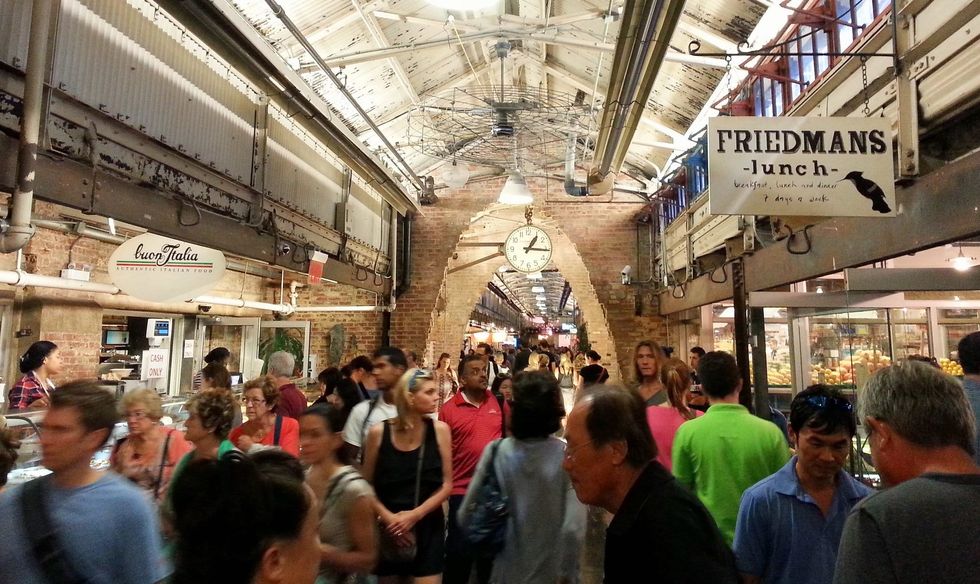 The Chelsea Market is another great year-round option. Located near the High Line, the market hosts dozens of restaurants, bakeries, specialty markets and food stalls with an amazing variety of Italian, Japanese, French, Korean, Mexican, and fusion foods. Basically, if you missed the Queens International Night Market, Chelsea market is a solid indoor alternative. And it's also a short walk to Artichoke Basille's 10th Avenue location—in case all you want to eat that day is one enormous slice of creamy artichoke pizza.