The Dark Secret History of Oktoberfest

It's time we all revisited the dark, forgotten origins of Oktoberfest.

Every year, around this time, millions of people don elaborate costumes and find ways to turn terror and evil into drunken fun.

I'm speaking, of course, about Oktoberfest. The festival, attended by millions in Munich each year, has become so iconic that it has birthed offshoots throughout the US and UK, celebrating the proud history of Bavarian dancing, clothing, and enormous steins of beer. But this familiar revelry has all but erased the true history of the event. It's time we all revisited the dark, forgotten origins of Oktoberfest. 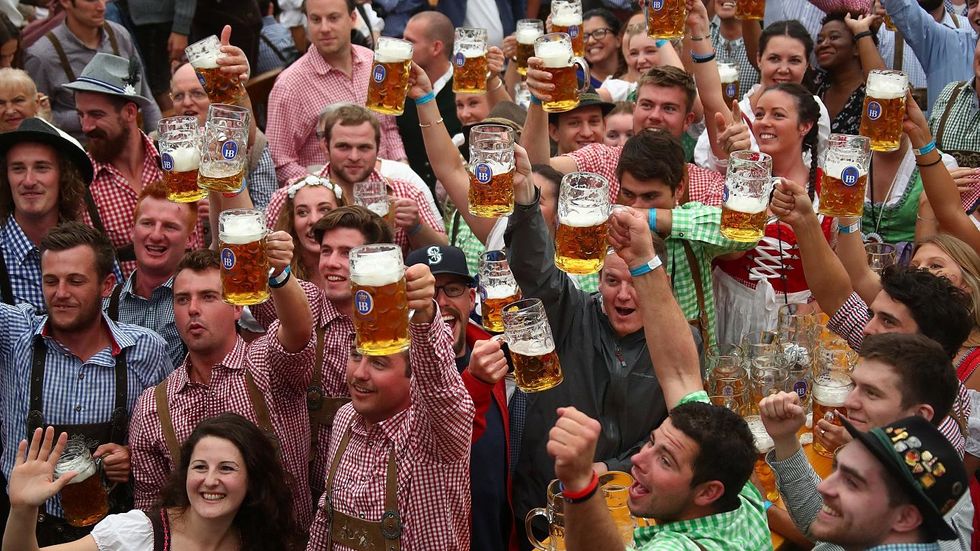 Originally called Herbstlichestupor, it was first "celebrated" in 1810, following the marriage of Crown Prince Ludwig—the future King Ludwig I—to Therese of Saxe-Hildburghausen. The entire populace of Munich was invited to a festival in the field in front of the city gates. Attendance was particularly encouraged for the youth of the city, but word soon spread that the entire festival was nothing but a ruse orchestrated by the royal physician, Herr Eberhard.

Famously, Ludwig I suffered from lifelong case of schlaffewurst (limp sausage), along with other ailments attributable to the limited gene pool of the Bavarian Royal House of Wittelsbach, but Herr Eberhard had guaranteed he could create a remedy to "enliven the crown prince's performance" in time for his wedding night. Having already tried "an insufflation of powdered bull semen and direct application of a poultice of swan's neck," King Maximilian I Joseph allowed the good doctor "one fortnight in which to make sufficient staff of the crown prince's member, or be subject to banishment and exile from all of Bavaria unto death." 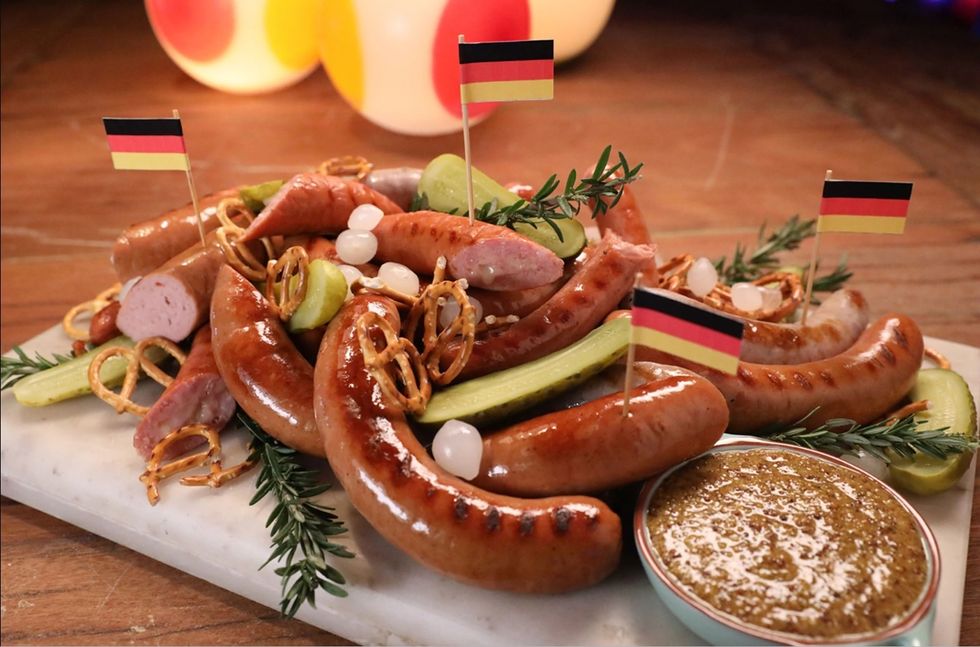 Herr Eberhard recorded his late-night scouring of the state library, poring over ancient tomes of folk medicine until he found "near upon the rise of dawn, a recipe for a stew to augment the masculine vigor." The recipe called for the healthy liver of a young man of "erect stature and sturdy gait" and "a nösel of blood from a maiden of purest virtue." The festival was, in reality, just an excuse to send the royal guard among the gathered citizens and inspect them for suitability, but when word got around, all the brewers in the city carted barrel after barrel of ale to the festival to ensure that there was not a man of "erect posture and sturdy gait," to be found, and women were encouraged to wear their most revealing dirndls, so as to eschew the possibility of virtue. 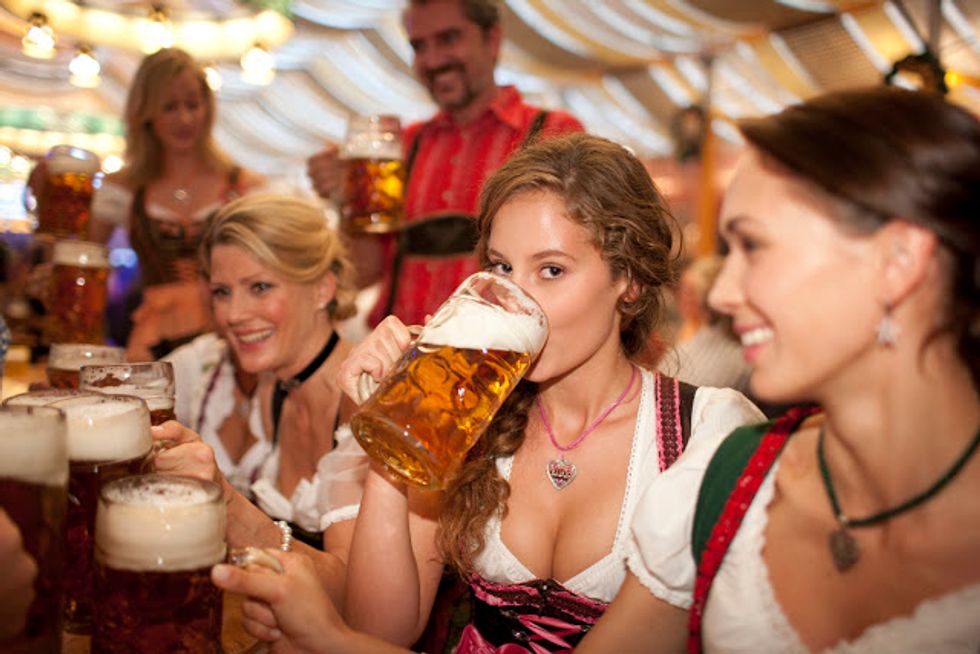 Soon, however, this subterfuge was discovered and ruthlessly punished. What followed was the bloodiest riot ever to be systematically erased from German history, commemorated to this day in Oktoberfest's "Costume and Riflemen Parade." For two hours, shots and screams rang out among the crowd, and the violence seemed sure to last through the night, but miraculously—from his vantage point high above the gore and chaos—Crown Prince Ludwig suddenly found the "feverish motivation" to get to work producing an heir. 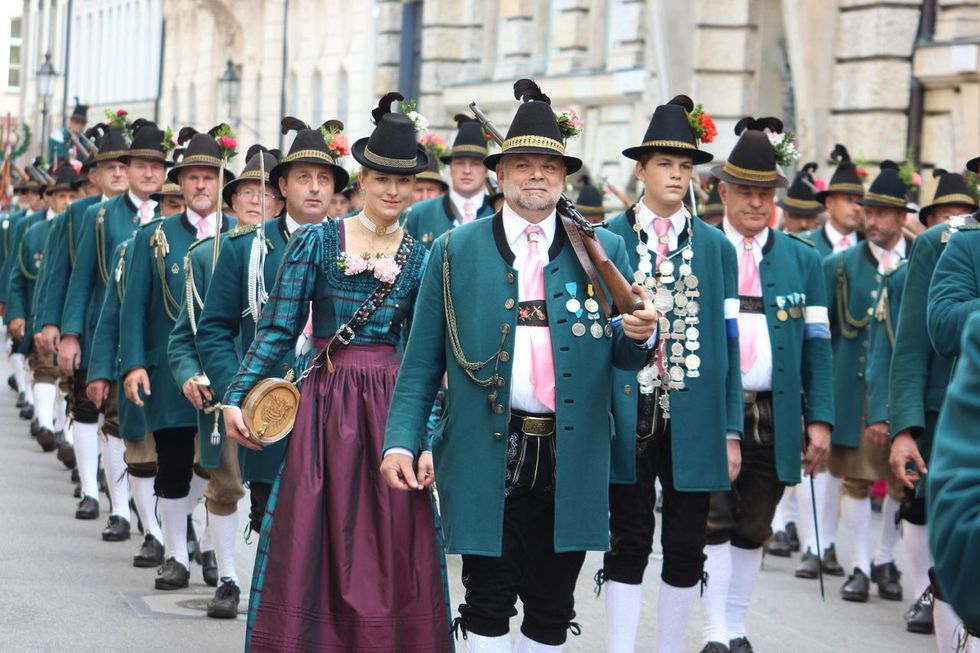 As a thanks to the citizens for inspiring his arousal with their screams, the King provided beer to maintain the drunken revelry for the next two weeks. The city made use of this generosity and tried to forget the horrors that had taken place, while the crown prince did his best to keep the memory fresh enough to perform his task. Each year after, Munich reenacted the tragedy for Ludwig's pleasure, and—along with the nine children that resulted—Oktoberfest was born. So this year, while you strap on your lederhosen and lift a stein of German ale the size of your head, please think of the men and women who died for a prince's soft dick.

...Oktoberfest could just be a harmless celebration of Bavarian beer and culture, loosely connected to the occasion of a pleasant royal wedding—a party dedicated to European monarchy and drunk white people…which actually sounds worse.