Blast from the Past: The Best Roller Skating Rinks in America

Bring out those pom-pom socks

That Sweater Vest? In Italy?

Why You Need Shampoo That's Customized Just For You

If you're anything like me, the last time you went to a roller skating rink was when you were still sleeping with stuffed animals and thought chocolate milk was humanity's greatest invention. (Full disclosure: I still love chocolate Yoo-hoo.) I figured skating rinks had gone the way of landlines and scrunchies. But as it turns out, roller skating is alive and well—there's even a Roller Skating Association chock full of information on how to start your own rink. Established in 1937 and still going strong today, they pride themselves on being the "voice of the roller skating industry." Mind=blown.

But just because you haven't been roller skating since you were a kid doesn't mean you can't have a terrific time at a rink today. Slap on some hot pants and get ready to boogie at America's top roller skating rinks! 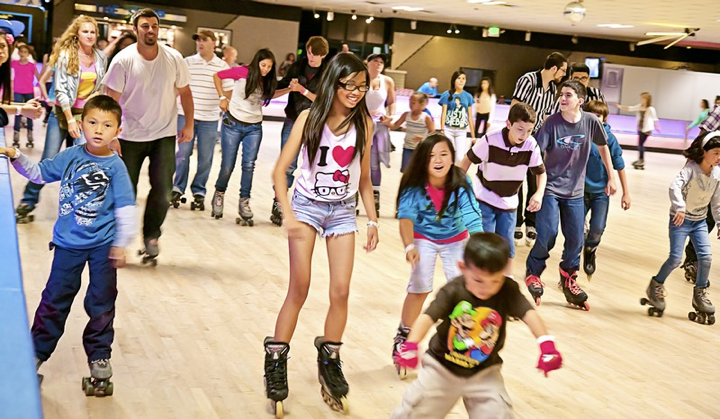 Northridge Skateland, California – this LA-area roller skating icon has entertained over seven million visitors throughout its 60-year history, including celebrities. Several television shows have been filmed here, including Jimmy Kimmel Live!, Parks and Recreation, and The Office. It was even the backdrop for a Jay-Z music video. Northridge Skateland's family ownership, loyal fans, and commitment to change with the times has allowed it to prosper, even as other local business slowly vanish. Their song library boasts over 7,000 songs, and DJ requests are usually honored unless it's incredibly busy. The experience can be a bit of sensory overload, with giant televisions screens displaying special effects and music videos sprinkled throughout the rink, so just keep your eyes on the person in front of you. If this is your idea of a dream wedding, you're in luck—Northridge hosts every event you can think of, including birthday and anniversary parties, fundraisers, corporate training events, and anything else you can imagine. 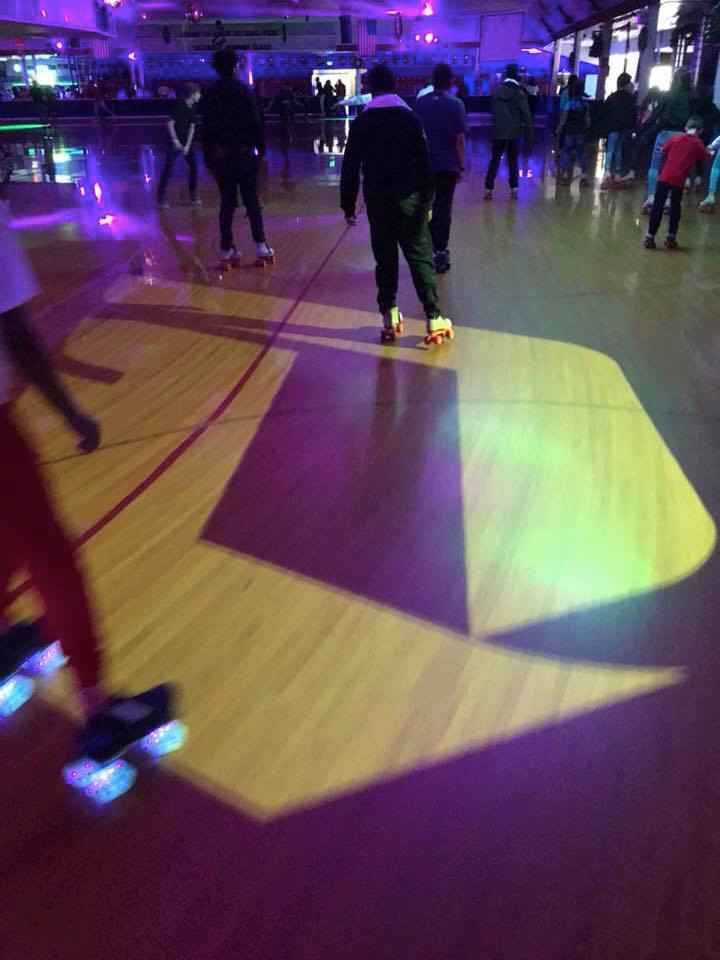 Oaks Park, Oregon – one of the oldest and largest skating rinks in America and home to a competitive skating club (yes, it's true), this rink has hosted thousands of happy skaters since its grand opening in 1905. It's part of the Oak Parks Amusement Park in Portland, a park which also includes miniature golf, carnival games, and enough amusement park rides to make you wish you hadn't wolfed down that second chili dog. Not to be outdone by newer skating rinks, Oaks Park actually hosts an organ player who sits overlooking the rink (visible through a glass window), playing live music on the last Wurlitzer pipe organ in a roller rink in the United States. Apparently, organs in skating rinks were all the rage in the 1940s and '50s. Who knew? You'll whizz around on Oak Park's polished maple floor, and with this 100'x200' space, there's enough room for you to practice your best moves without fear of a hockey-style pileup.

SkateDaze, Nebraska – The Cernik family started opening roller skating rinks in 1947, and eventually came to own and operate a total of eight. This particular location––which came to be known as SkateDaze––was a relatively recent addition, having opened in 1982. The interior would not be out of place in Saturday Night Fever. Hundreds of multi-colored lights reflect off the maple hardwood floor. If you get bored with roller skating, there are plenty of other entertainment options to choose from, including laser tag, bumper cars, and arcade games. Like many other rinks, it also offers ample room for celebratory gatherings of all ages. With a full-service bar available, you risk some serious injury if you opt to imbibe, but at least you'll have a legendary story to tell the day after. 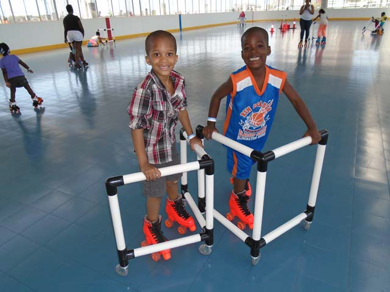 Pier 2 Roller Rink, New York – Considering you can now drop $18 on a cup of coffee in New York City, this open-air skating rink in the heart of its finest borough may well be the best bargain you'll encounter. Located at Brooklyn Bridge Park, on a clear day you'll have the iconic Manhattan skyline winking at you from across the East River. In springtime it offers free public skating from 10 am – 12 pm, then from 12 pm to 7 pm it costs just $9.00 for entry. Tots and balance challenged individuals (no shame!) can rent Skate Mates to help them maneuver across the floor without incurring serious injury or crashing into a more graceful participant. If you're looking to up your party game for your kid's birthday, Pier 2 offers party packages starting at $275 for ten attendees. This lofty price tag may raise some eyebrows amongst people living outside of New York's high-priced world, but for NYC it can almost be considered a deal. 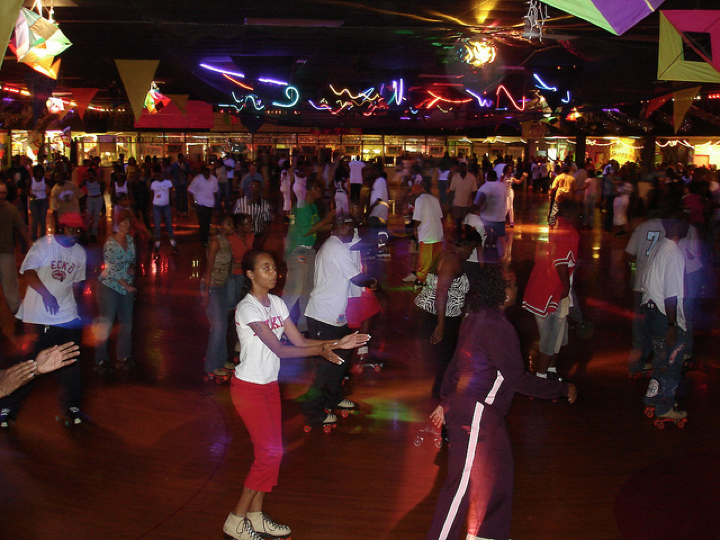 United Skates of America, Florida – In 2015Money Magazine ranked Tampa as one of the 5 Best Big Cities in the United States. No doubt this was primarily due to its low cost of living and anticipated job growth, but perhaps United Skates of America also factored in? (Okay, probably not, but it's still a pretty sweet rink.) Not only can you skate to your heart's content, but you'll also get schooled: USOA offers educational STEM (Science Technology Engineering & Math) field trip adventures for kids and teenagers. The instructors teach scientific concepts using roller skating, acoustics, and rink design as real-life examples. The outing includes one hour of STEM education and two hours of skating. This beats the pants off of a stuffy visit to the state capital. If that wasn't enough, USOA also offers skating camp for kids during the summer, a café serving fried everything (Chicken tenders! Mozzarella sticks! Churros!), and an arcade for the less athletically inclined.

For those who scoff at the idea of rhythmically gliding across polished floors with top 40 hits reverberating through your body, take note that roller skating torches almost 600 calories per hour. And it's way more fun than having someone scream in your face to feel the burn as you sweat through yet another spin session. Roller skating may be retro, but it's also a hell of a lot of fun!