I had never been one of those kids that wanted to visit the capital city. I wasn't much for history class and even less for vacations that involved my family walking around big cities aimlessly looking at big, old buildings. I finally ventured to the nation's capitol for work purposes only, to cover President Donald Trump's inauguration.

Maybe there was a reason I had avoided the nation's capital for years. I ended up in the hospital less than twenty-four hours after I arrived.

Granted, my poorly timed kidney stones didn't have much to do with the environment I was in, yet I can't seem to disassociate the illness from the location, or oddly enough, the illness and the city from falling in love. Because they all happened for the first time in this place, a place that I was also experiencing for the very first time. 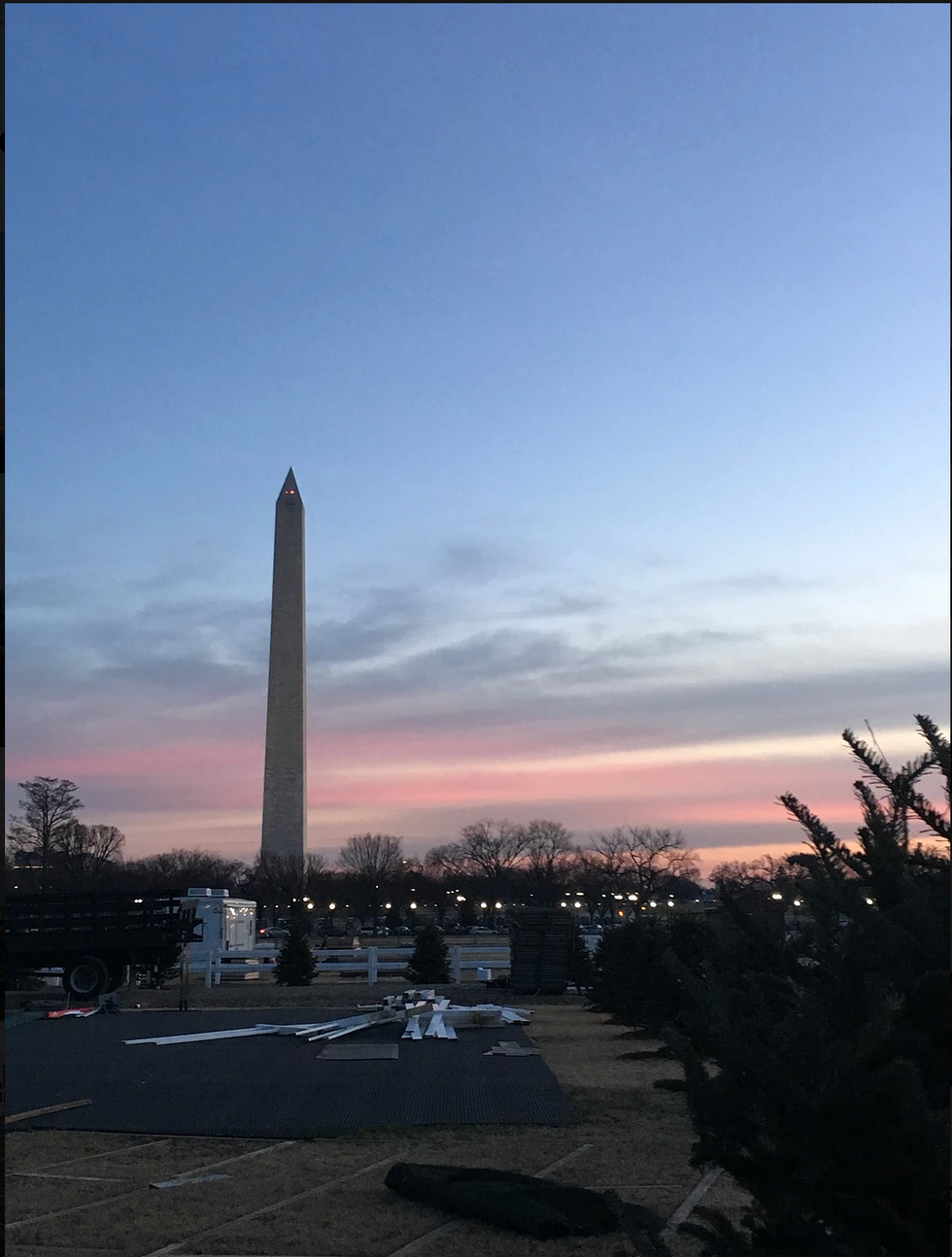 Before the hospital, I was doing something I rarely do in cities: acting like a tourist. I was taking pictures in front of the Capital Building and the White House. I was walking from the Washington Monument to the Lincoln Memorial, actually looking at them cutting into the sky in the way I've forgotten the buildings in New York can also do. Heck, I was even going to museums, and asking to return to the Newseum, of all places, if we had time after our work coverage.

I did all of these things with a very special person, who also accompanied me to the hospital. He held my hand, whether we were pushing our way through the crowds at the historic sites or waiting to find out what my illness was at The George Washington Hospital. It made the place that is often called the Hollywood for the less fortunate looking feel like the most special place in the entire world.

With all of the evil, shady things we hear and see about the United States political playground, all I can remember is love. It's all I see in my photos and all I can feel in my heart. Most importantly, despite the protests and the contention, even in my journalist role, I felt not the least bit of stress. 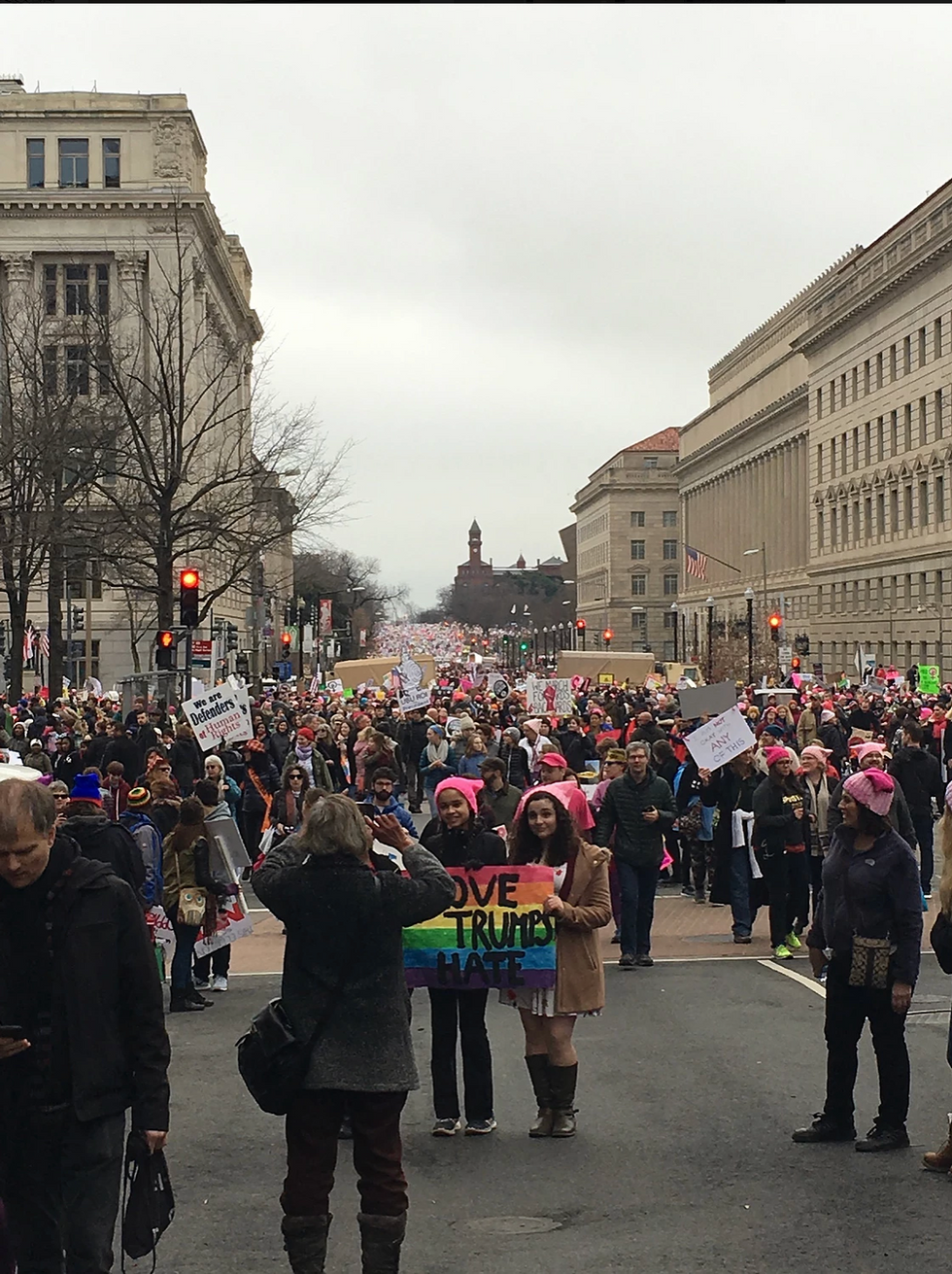 There is something about Washington, D.C. to me that feels unwritten and therefore more breathable, which I can acknowledge is completely ridiculous given the dense history populating every single corner of the city and the immense tension in the air from the dicey political environment these days. But alas, it is here where I finally felt myself able to relax. The pressure of New York where every corner has played host to a dramatic film scene was miles away, and the streets named after numbers, alphabet letters, and states set the stage for an entirely new love story to explore and develop, one of my very own. I didn't think about whether it would be a short term or something I'd want to run for reelection again and again. All I could do was embrace it.

So I pulled the boy's arm around my shoulders, stepped into the crowd, and charged forward. I was optimistic as hell, even if I shouldn't have been, and I wouldn't want to think of the place in any other way.