The Best Hikes in the Azores

Lush and sparsely populated with tiny, picturesque, old-world villages, it has so far remained under the radar for most would-be travelers. Their loss is your gain if you visit; the worst traffic you'll encounter is from a rogue cow blocking a road and the islands are dotted with trails upon which it's rare to encounter more than a dozen other hikers.

There are plenty of hikes to try throughout the islands, but the tried and tested are popular for a reason. If it's your first time there, make São Miguel your home base. There's enough to keep you busy for several days, and you'll avoid the inconvenience of traveling from island to island by plane or boat. 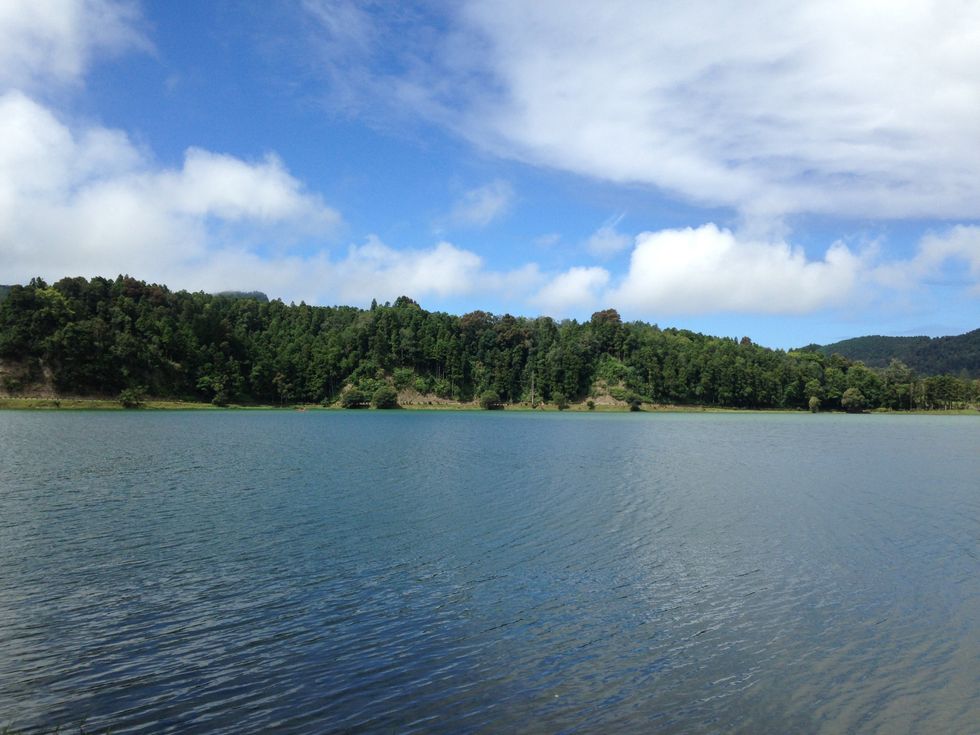 The most peaceful place on Earth

Sete Cidades (two sparkling lakes flanking a humongous caldera) on Sao Miguel Island is one of the best tourist destinations on the island. Lagoa Azul and Lagoa Verde (Blue Lake and Green Lake) each reflect the sun from a slightly different angle, giving the impression of being two distinctly different colored bodies of water. That's the scientific explanation, but talk to locals and you may get a different story–one that involves a forbidden love between a princess and a poor shepherd. With 12km of crisscrossing trails bordered by brilliantly colored flowers and surrounded by verdant cliffs, this is a perfect example of the Azores' almost ludicrous beauty. Drink it in–it's virtually impossible to capture the Azores' beauty on film. There is simply no substitute for experiencing the magnificence in person.

In the middle of the Serra Devassa Trail lies the Lagoa das Empadadas, a pair of peaceful scenic lagoons fringed by hydrangeas (which are omnipresent throughout the islands). If you continue along this quiet, understated trail, you'll also get to see the Muro das Nove Janelas (Wall of Nine Windows), an ancient aqueduct, and an outstanding view of Lagoa de Canario. It's a short but steep hike to the top, but talk about #worthit. 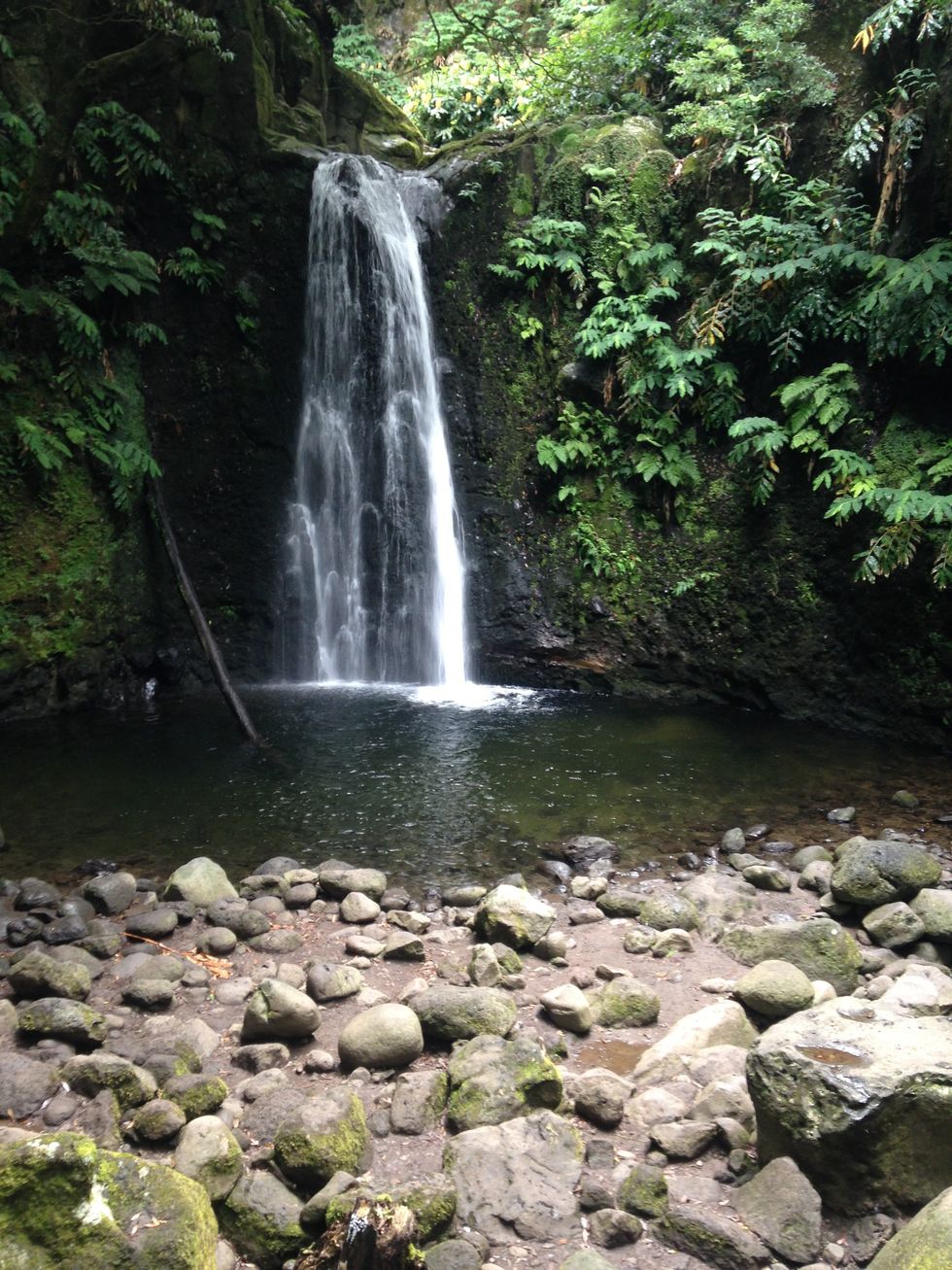 In Faial da Terra you'll find two well-worn trails, Sanguinho and Salto do Prego. Both trails lead you to the same destination, a beautiful waterfall in the southeastern mountains of the island, but the Sanguinho trail dips into the abandoned village of Sanguinho, while Salto do Prego winds past various local plantations. If you're looking for historic charm and a bit more of a cardio workout, opt for Sanguinho. But seeing as you're in the Azores, you really can't go wrong either way. 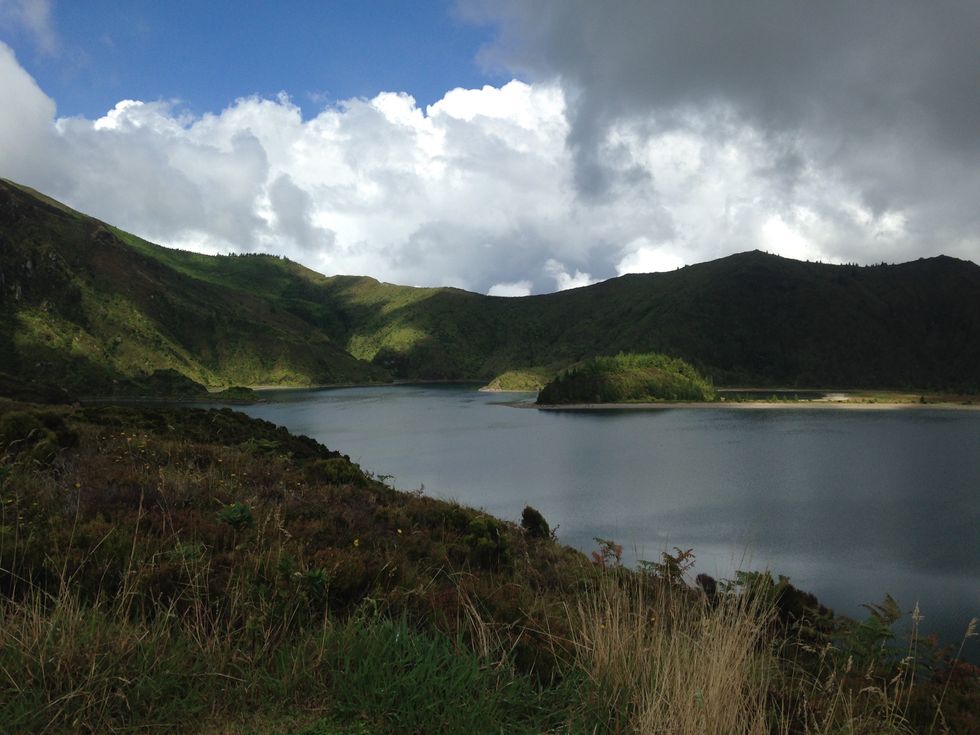 So hard to get there...but so worth it

The Famed "Lake of Fire"

Looking to seriously challenge yourself and prove you're not just "gym fit"? Try the breathtaking (literally and figuratively) hike around Lagoa do Fogo. It's 11 kilometers long, but in such lovely surroundings, it doesn't seem nearly that long. Pro tip: start early (8am if you can hack it) or else you'll be forced to share the opulent beauty with other trekkers. It's rough going for the first mile or so, with a fairly steep trail that appears endless, but once you get to the aqueduct shaded by tropical foliage, all will be worth it. 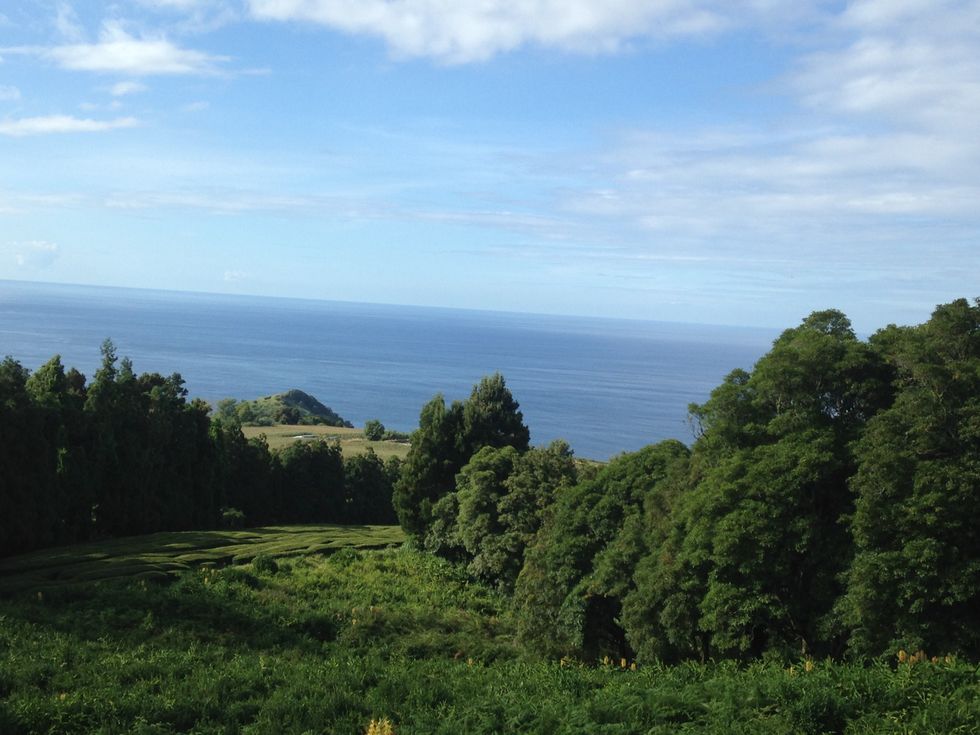 The tea tastes better when you know its provenance

Hike and a Cuppa, Please

The Gorreana Tea plantation (the oldest in all of Europe) is located in the northern part of São Miguel. Wind your way through the plantation and then climb higher as the trail ascends to a height suitable for ogling the incredible view of the Atlantic Ocean and bucolic plains. Like all the hikes in the Azores, it's a fairly steep climb, but the instant you get to the top you'll forget the huffing and puffing of five minutes ago, and you'll just gape in wonder. After your jaunt through the fields redolent with green and black tea, you'll end up back at the tea factory, which conveniently offers free samples of its elegantly crafted green and black teas. 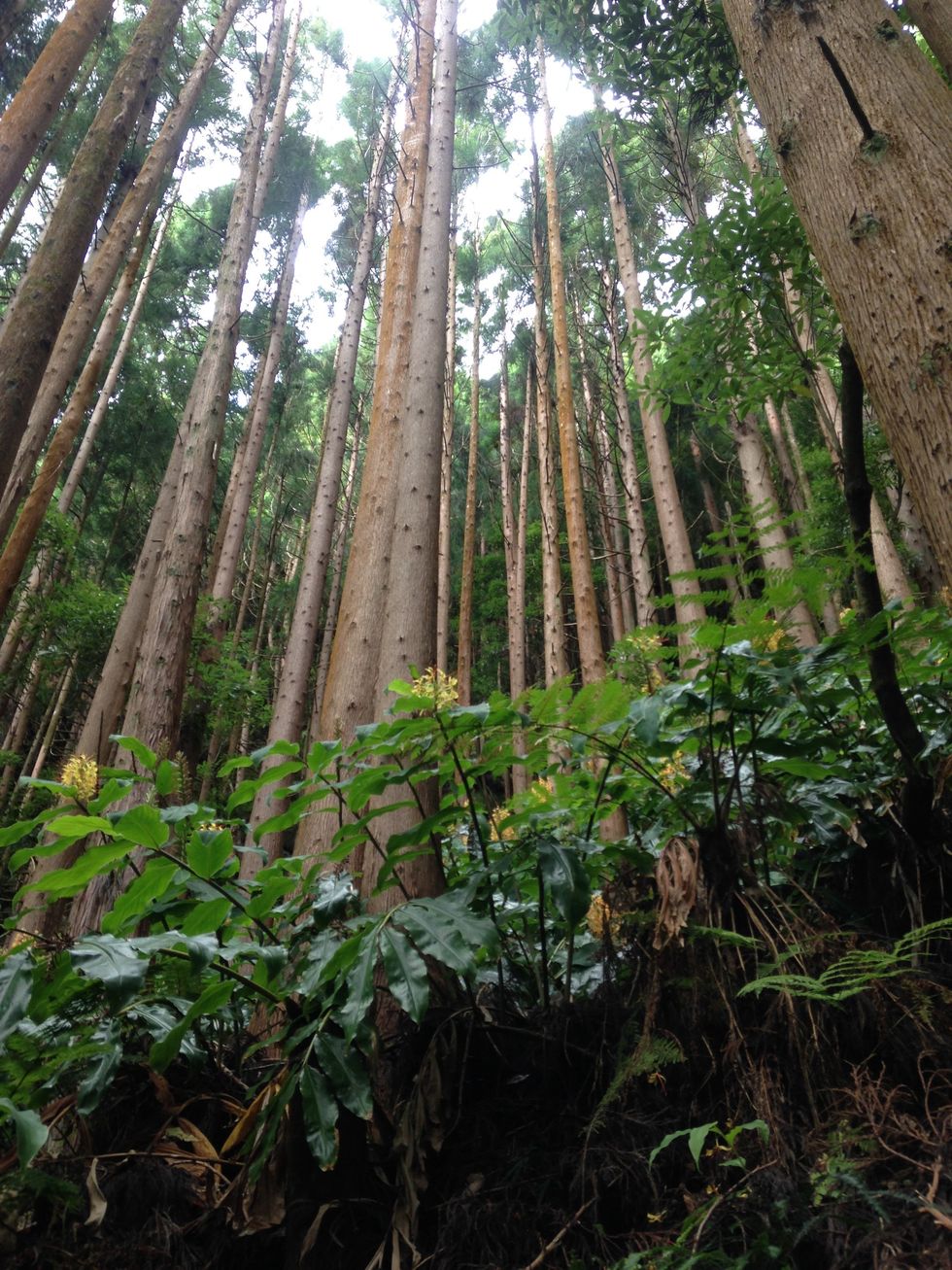 Things are looking up

If you want to work off some of the cozido (a hearty meat and potato stew cooked underground courtesy of the hot underground springs in Furnas), try hiking around Lagoa das Furnas. If you have enough stamina to make it to the top you'll be rewarded with one of the a brilliant viewpoints like Miradouro do Pisao or Miradoura da Grota do Inferno (miradouros, or "viewpoints" are well known to travelers who have been to Lisbon or Porto in Portugal, where they are quite common), or Pico de Ferro. A memory of these epic views are all the souvenirs you need from this beautiful island–if you're lucky enough to be visiting on a clear day (with The Azores' mercurial weather, it's always touch and go.)

The "Top" Views in São Miguel

Virtually every hike culminates in a jaw-dropping view of the island. However, there are certain miradouros that are not to be missed. Ogle the Lagoas das Sete Cidades from the Vista do Rei (so named after early 20th century royalty who admired the view of the lakes from that very point) or Miradouro da Boca do Inferno. Vista do Rei is accessible via a very long hike–or a very short drive. (No judgment for those who drive up there, as it's quite a trek up.)

Once you reach the viewpoint, you'll understand why people have the desire to get to the top of terrain like Mt. Kilimanjaro–the view is palpably beautiful and completely mesmerizing. While the small parking lot requests people limit their time to just 20 minutes, if you go later in the day when there are fewer tourists about, you can take a few extra minutes to savor the view. If you're feeling adventurous, there's also an abandoned 5-star hotel hulking nearby with virtually no security.

The Miradouro da Boca do Inferno is just a short five-minute walk up a path from a parking lot, and the views are indescribably beautiful. Bonus points if you check it out at sunset, when the blue melts into purples, pinks, and golds.

If you haven't booked your plane ticket to the Azores already, do it now. For accessibility, value, and pure, unabashed natural splendor, you simply cannot beat it. It's truly one of those places that you can't help but feel Mother Nature spent a few extra millennia perfecting.

hiking in portugal island hiking azores hiking in the azores travel
© 2019 x2.media. All Rights Reserved.
About Us ContactOur Team