The Best Christmas Markets Around the World

An age-old tradition guaranteed to get you in the Holiday spirit.

There's nothing like christmas lights, the faces of smiling people, the smell of cider, and beautiful hand-crafted gifts for sale to make it feel like Christmas. According to The Guardian: "The forerunner of the Christmas market as we know it was Vienna's December Market in the middle ages. It was first recorded in 1298, when citizens were granted permission to hold a Krippenmarkt during Advent. Open-air winter street markets were associated more specifically with Christmas in Germany, with the first Christkindlmarkt taking place a century later, in 1384."

Now, in 2019, the tradition of the Christmas market has spread out of Germany and across the world. Here are 7 of the best. 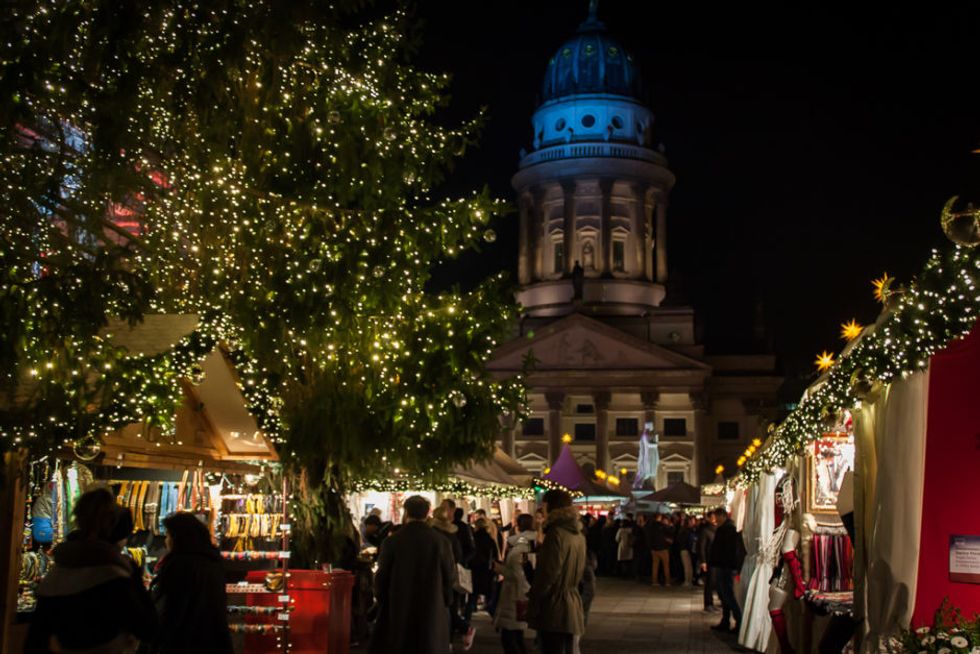 One of the most iconic Christmas markets in the world, this spectacular festival of lights and unique goods is sure to offer something for everyone. With multiple locations throughout Berlin, you can still see the traditional artisans that would have been there when the market first began hundreds of years ago, including wood carvers, belt makers, dressmakers, comb makers, stonemasons, and other craftspeople. 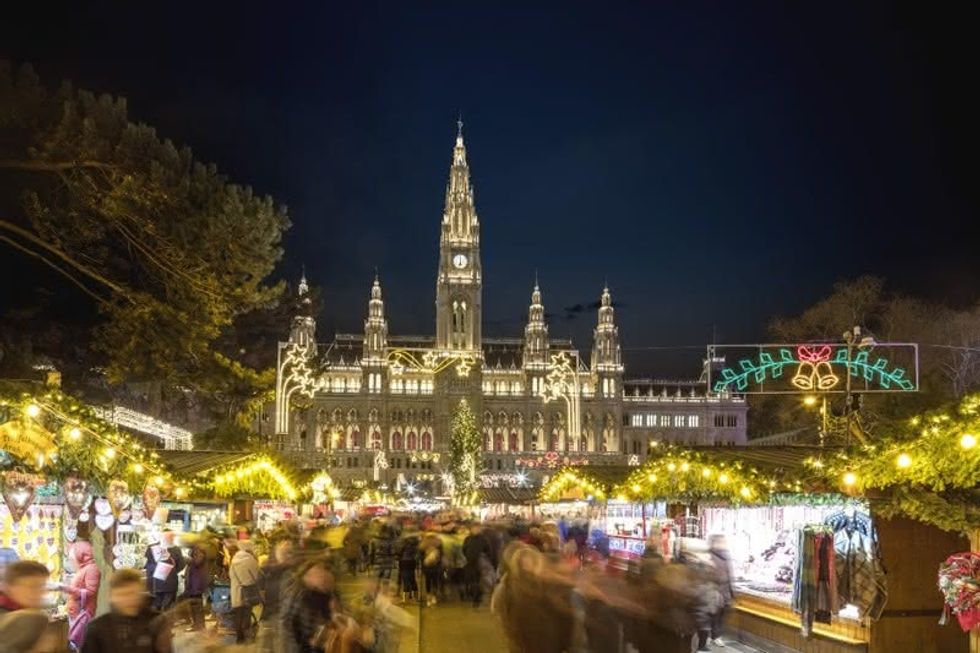 Very few cities embrace the Christmas spirit like Vienna. While the whole city lights up for the holidays, the 150 market stalls in front of Vienna's city hall are a must-see. The market was erected between 1872 and 1883, and includes Christmas cookie and candle-making lessons inside city hall, a romantic skating rink, a carousel, and ferris wheel.

When: November to December 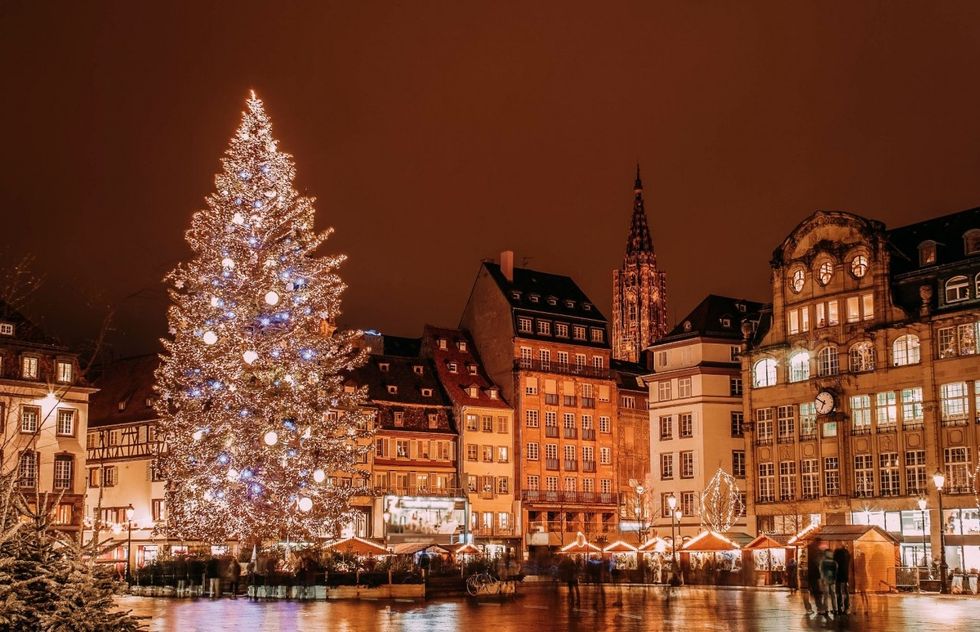 Strasbourg's Christmas market has been around since 1570 when Strasbourg was still a part of the Rhineland. For such a small city, Strasbourg takes Christmas very seriously, with 11 markets spread throughout the city. You can find both German and French delicacies in Strasbourg, including Alsatian bredele (traditional small cookies) and foie gras.

Edinburgh is magical enough year round, but during the Holidays the Scottish capital really goes all out. Their Christmas market is known for its delicious sweets and fun rides, making the chilly Scottish winter nights worth it. 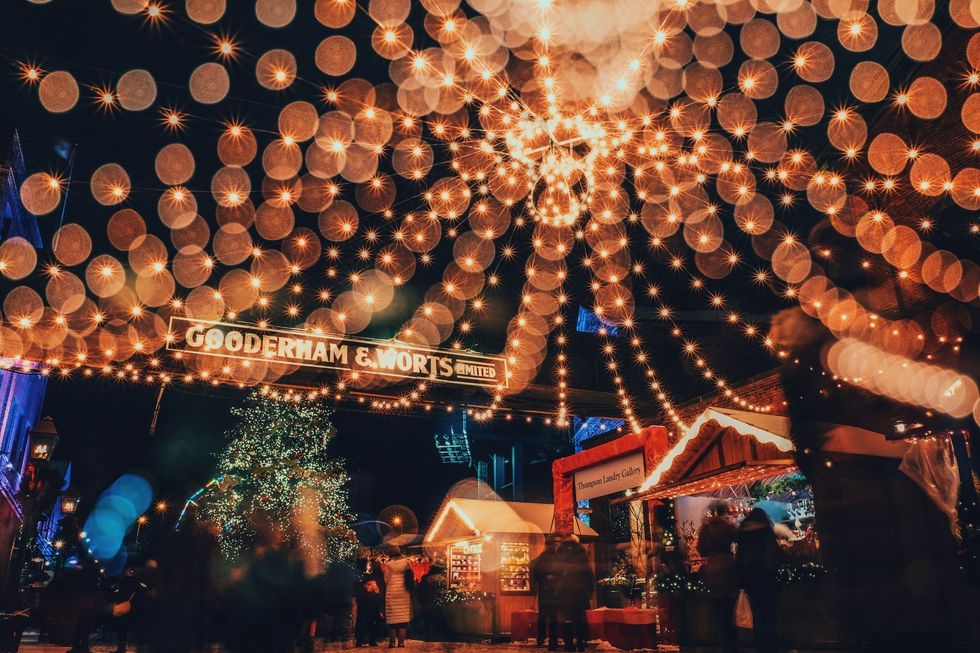 One of the largest Christmas markets in North America, Toronto's festivities feature tons of live music, a 50-foot Christmas tree, hundreds of food and gift vendors, and—a crowd favorite—a 100-foot-long light tunnel! Just make sure you're bundled up, winter in Canada is no joke. 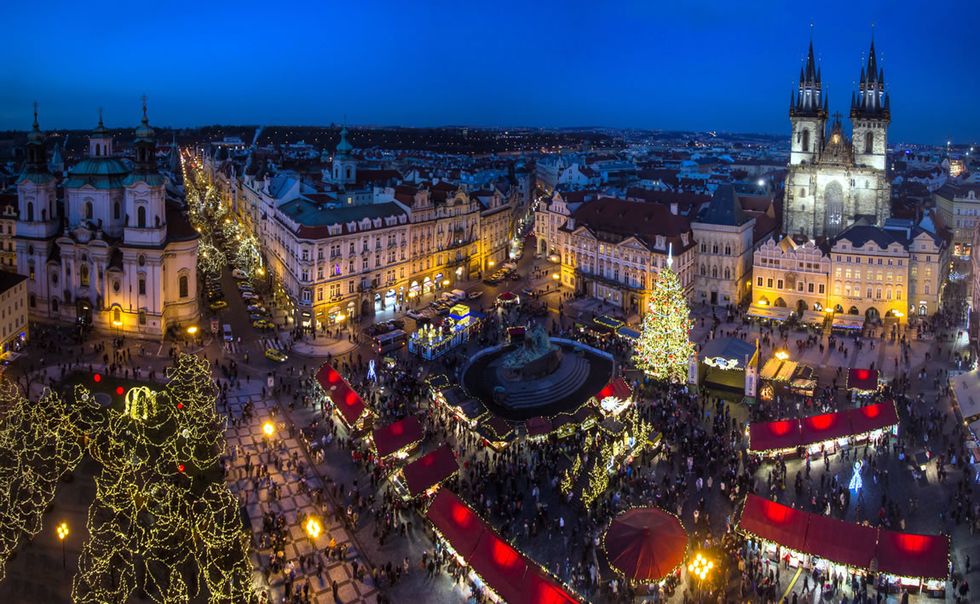 Prague's two massive Christmas market's are just a short walk from each other, and both feature delicious Czech treats like klobása (Czech sausage) that you can wash down with a Pilsner Urquel. They're also open for two whole months, meaning you've got plenty of time to check them out! 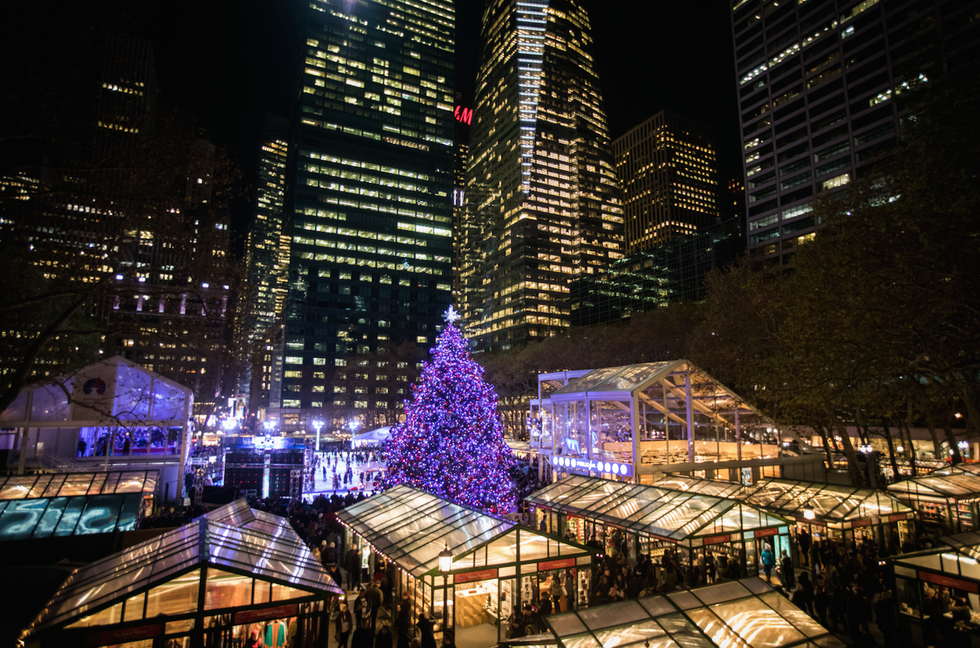 New York City is known for its Christmas spirit, and one of the best of the city's many Christmas markets is in Bryant Park. The many stalls and shops feature a variety of seasonal foods and gifts, and the skating rink in the middle of the village attracts tons of skaters looking to get in the spirit of the Holidays. Additionally, the rink, The Lodge and many more activities take place in the new year through March 1, 2020!