The Best Places to See Wolves Around the World

From Sibera to Wyoming, here's where you need to go to see these amazing beasts.

Emblems of wildness, solitude, ferocity, loyalty, and communion with the moon, the Canus lupus is a creature worth traveling to (try to) see at least once in your lifetime. They're also vital parts of ecosystems, keeping prey populations in check and just generally being their breathtaking selves.

In America, they were nearly wiped out as of 1974, but thanks to conservation efforts, their population has rebounded from lethally low levels. Still, they face tremendous threats today from hunters and national governments alike—and as of 2019 in America, the Trump Administration is threatening to take the wolves off the endangered species list, thus stripping them of their protected status. Subspecies of wolves also face extinction around the world.

To regrow and maintain their populations, wolves need a lot of help from sanctuaries and conservation groups. You can help ensure that these extraordinary creatures have a future by supporting places and parks that support wolves. Be sure to do your own research on the environmental responsibility of the organization you're traveling with—though do be sure to travel with an organization, lest you find yourself alone on a mountain, eye to eye with White Fang. 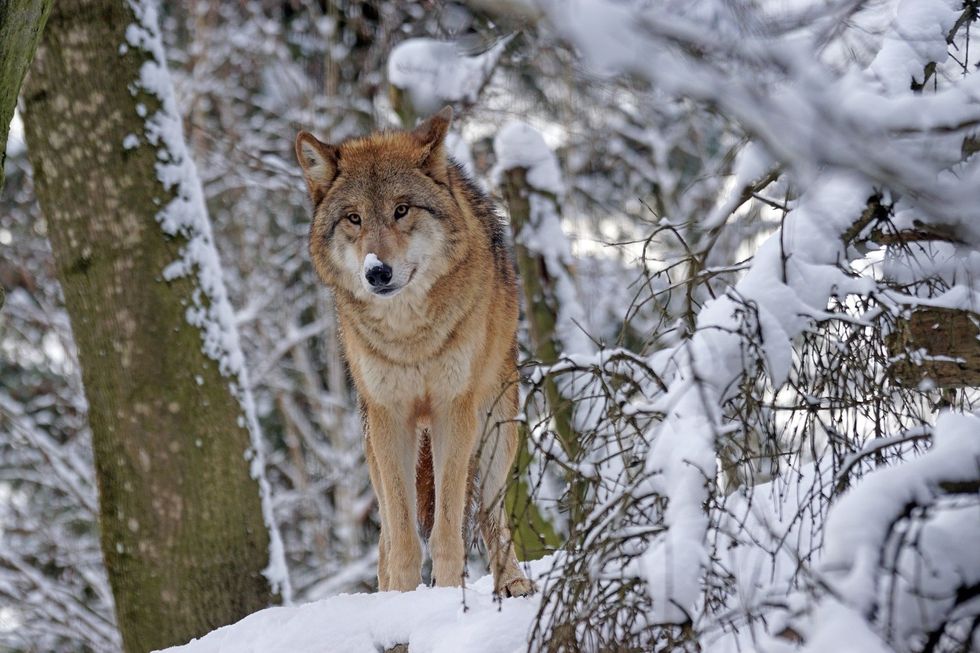 Himalayan/Tibetan wolves typically live in incredibly high altitudes. If you're willing to suffer from a lack of oxygen, you can see these wolves for yourself in India's Hemis National Park in Ladakh, India, which is located at the juncture between the Himalayas and Tibet. Though it's quite a trek to reach the animals, going to see them can help ensure that they remain protected, and you may also see snow leopards and other animals. Just be sure you have a reliable guide, because it's a treacherous trip.

Tibetan wolves are thought to be the closest wolf relatives to our domestic dogs, and some scientists believe that they're actually a separate species from the more common grey wolf.