What to Know Before Going to Cuba as an American

When traveling to a country with a complicated history, especially with the United States, there's a lot to be wary of and know.

Back in 2016, I was one of the first groups of Americans to travel to Cuba in a long time; this was back when the Kardashians went to the country and allegedly abandoned their week-long trip after they complained about a lack of internet access. When traveling to a country with a complicated history with the United States, there's a lot to be wary and mindful of as an American tourist. That's not to say you won't have the time of your life—I did.

When I visited, Cuban citizens had just obtained the right to have personal phones two years prior. I partied many a night at the country's recently established modern art gallery. The dual gallery and nightclub was considered a step forward in Cuba's social progress and opening up to the world. While I may have taken it for granted at the time by not recognizing the weight of these privileges, I understand their significance with a broader perspective.

Many American citizens are in the dark about the specifics of Cuban history (that's unsurprising, as many Americans do not even know their own history). Nowadays, Cuba appears to be a fun place to go with cool, old cars, warm weather, and fun music. While Cuba does possess those things, the country's history and its people are central to your experience, even when you go out to the club. Just remember: Americans traveling to Cuba is a sore spot for many Cuban Americans. Educating yourself about the fraught history of the country can help you respect local customs and learn from both Cuban Americans and current Cuban citizens.

Nevertheless, supporting their tourism is a political act; the restrictions travelers (especially American visitors) experience are indicative of that. Here are some helpful guidelines when traveling to Cuba as an American. 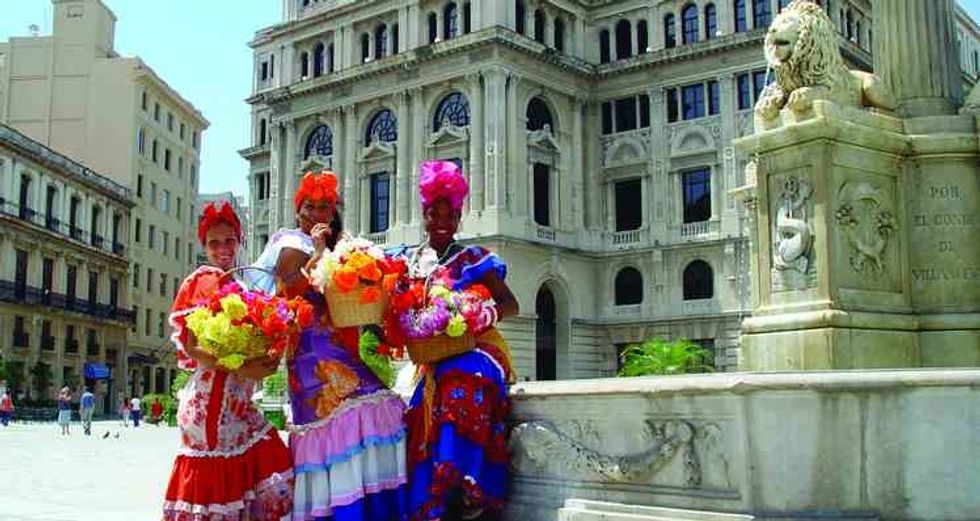 Trust me, don't do it. Whenever you have a conversation with a Cuban, saying you're American will extend your chat by ten minutes or so. You don't need to be upfront about your nationality; you could just say you're Canadian and leave the focus on them to learn from them instead of having the focus on your "American-ness."

Trust me, don't do it. Whenever you have a conversation with a Cuban, saying you're American will extend your chat by ten minutes or so. You don't need to be upfront about your nationality (although you could just say you're Canadian); leave the focus on them to learn from and listen to instead of having the focus on your "American-ness.

Be Aware, You Will Not Have Service

Unless you purchase an international phone or an international plan before your trip , your phone will have no function without WiFi. But in order to access WiFi, you will need to buy a stub with a password, which provides access for only an hour. It's necessary to note that WiFi is only available in hotels, typically in Havana.

Be Smart: Trust Your Intuition

Just like traveling to any new, foreign place, doing your proper research about the culture, customs, and logistics can make or break your trip. The restrictions for traveling to Cuba from the U.S. are always changing, so what may be allowed now may not be allowed six months from now. Once you're there, be smart and trust your intuition. Just like any country, Cuba benefits from their tourism, and there will always be people trying to scam visitors, especially Americans, since they are more unfamiliar with the country and the territory. Keep your head up and enjoy the ride.

Tidbit: The cars in Cuba are gorgeous, but the taxi drivers are wild and drive like maniacs (not too disimiliar from New York).