Looking for some inspiration? Visit the Frick Collection in NYC

On the corner of Fifth avenue, steps away from Central Park, sits a very opulent and lavish residence that was built for an industrialist that set into motion the steel construction of America as we know it. It is the Frick Collection.

Located at 1 East 70th Street, the Frick Collection was once the residence of - and is it's namesake - Henry Clay Frick (who was also quite a hated public figure, assassination attempt and all). The businessman was also quite the art patron, collecting important pieces by Rembrandt, Renoir, and Vermeer. The building itself was intended to be an art museum one day, so many of the art works are still curated the way Frick's original design planned. Numerous of the most memorable pieces the Frick Collection has acquired since it's owner's death include The Harbor of Dieppe by J.M.W. Turner, The Forge by Francisco Goya, all four of The Four Seasons by Francois Boucher, as well as the most astonishing 18th century antique French furniture, like cabinets by Jean-Henri Riesener.

For a museum with controversial beginnings, it recently acquired some of the art world talking for it's plan to expand with an additional six-stories of museum space. According to Curbed, "Not only would this expansion destroy parts of an earlier, 1970s renovation (including a private garden), it would also reconfigure the experience of visiting what is often referred to as a "jewel box" of a space. But any museum named after Henry Clay Frick is probably destined to invite controversy. Not only was Frick himself a polarizing figure—he was known as the "most hated man in America," and once targeted for assassination—but the construction of his mansion a century ago raised the hackles of New York's Fifth Avenue elite in much the same way that the Frick's current expansion plans have sent some New Yorkers into a tizzy." 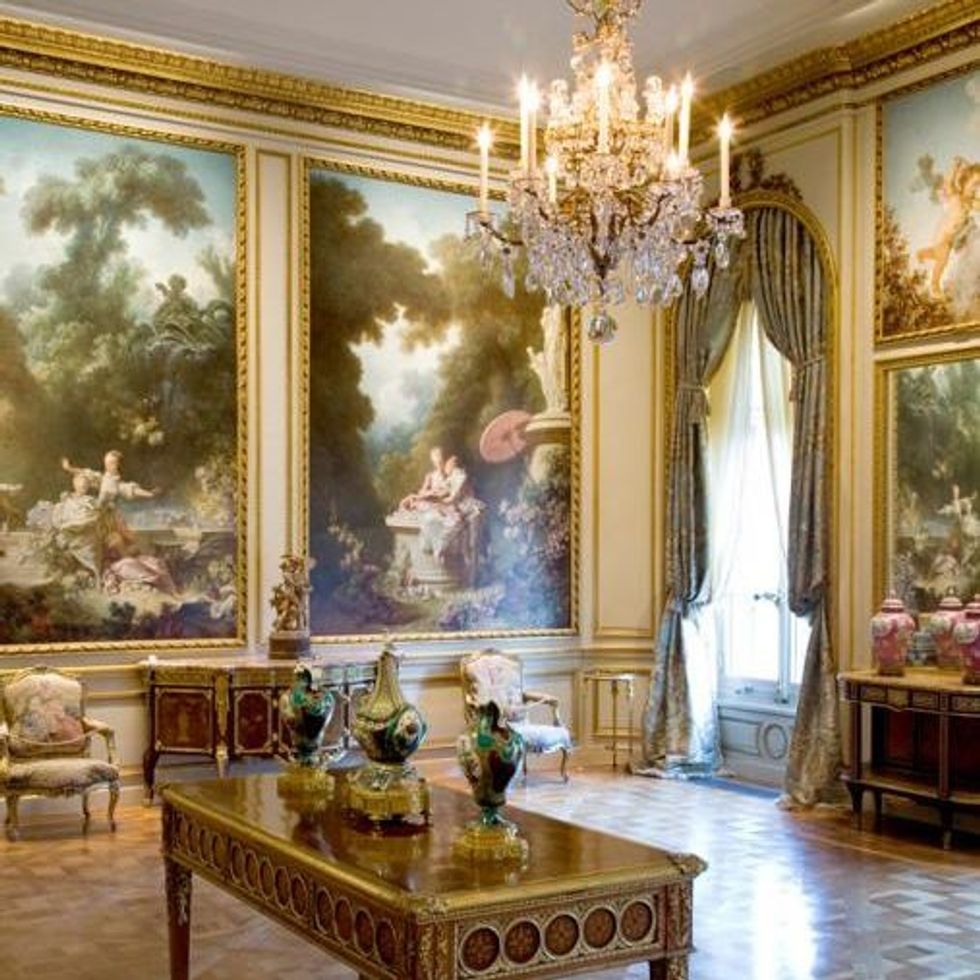 via the Frick Collection

The establishment was intended to be not only a living art space but also "for the purpose of encouraging and developing the study of the fine arts, and of advancing the general knowledge of kindred subjects." While the Metropolitan Museum of Art calls the same neighborhood home, the Frick Collection beckons you to explore it's small lavish corners, Italian and Dutch works, and a carefully crafted space that remains as Frick intended - what other art space can say that? I mean, seriously lavish - Frick reportedly spent around $5 million on the interior of his home, which is not including the The Progress of Love panels by Fragonard that cost upward of $1.25 million alone (in Frick's own words, "I want this collection to be my monument.") It's sometimes host to widely-talked about traveling exhibitions like the recent Mauritshuis exhibit, that brought "The Goldfinch" and "The Girl With the Pearl Earring" to New York City in 2013. The future of the Frick is still up in the air, additional six stories or not, but it seems reasonable to assume that the trustees of the museum are ambitious about it's future as much as they are about it's past.

Plan your visit to The Frick with their online website.