How To Get Away For A Weekend: A Guide To Camping & Glamping

That's a snake. You can actually get a "snake massage." We dare you.

As a culture, we underestimate the power of stress, either by not taking it seriously as a health risk or tallying up every trivial annoyance and dwelling on them. Stress, in and of itself, is not a bad thing. In fact, the human stress response has helped us survive as a species, alerting our minds to danger so we can remove ourselves from potentially harmful situations. It's time that we fully accept the fact that stress has very real, physical consequences on our bodies and our minds—so if you want to take a bath in coffee, wine, or green tea, you should friggin' go for it. 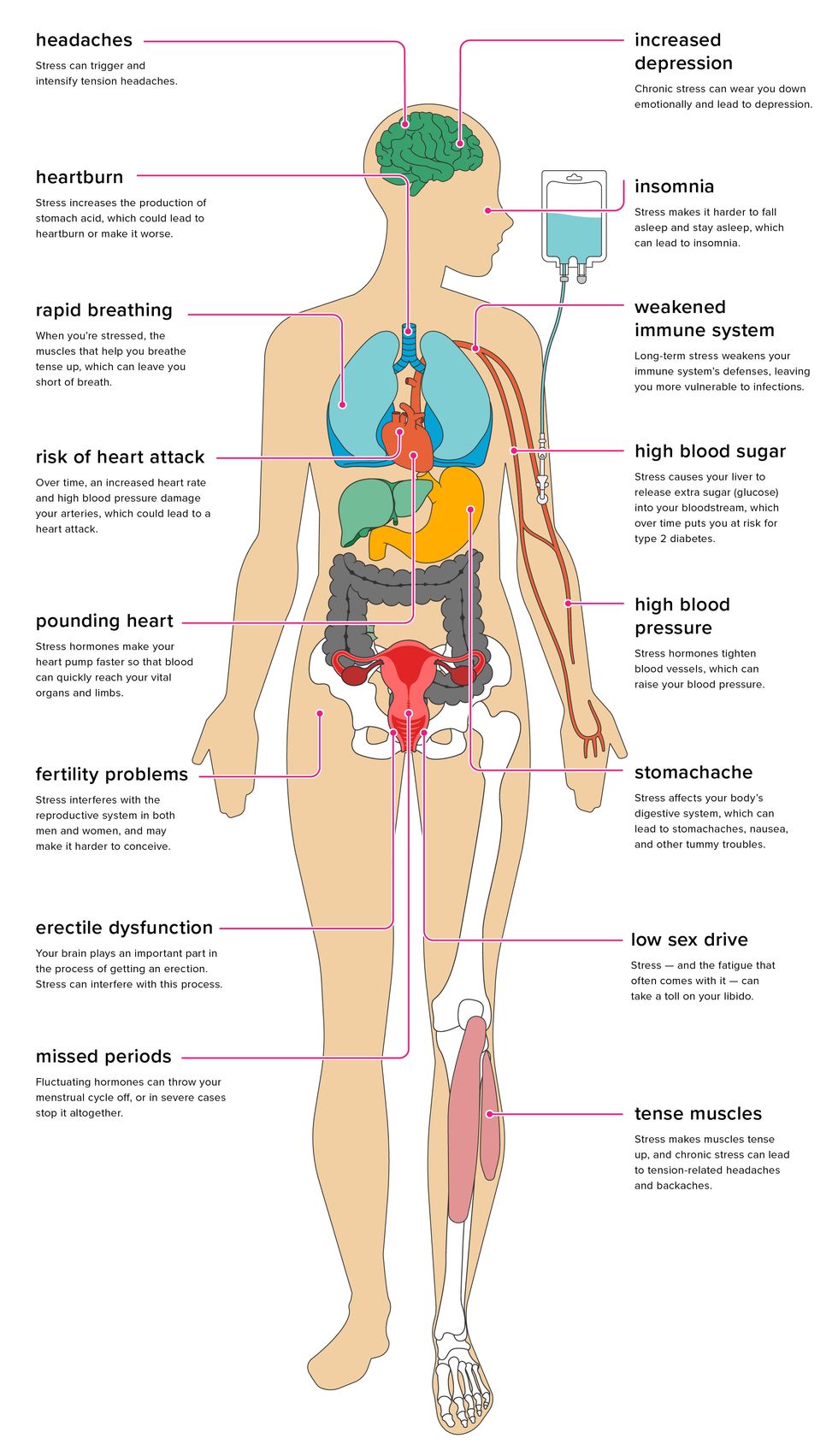 In Japan, you can do just that in the Hakone Kowakien Yunessun spa, which markets itself as a "hot springs amusement park." In Greece, tiny fish have been eating the dead skin off humans' feet for 400 years. Extreme beauty treatments have existed for centuries, but when combined with the promise to relax you and provide an escape from life's stressors for just a brief moment, we get a world full of bizarre spa treatments. 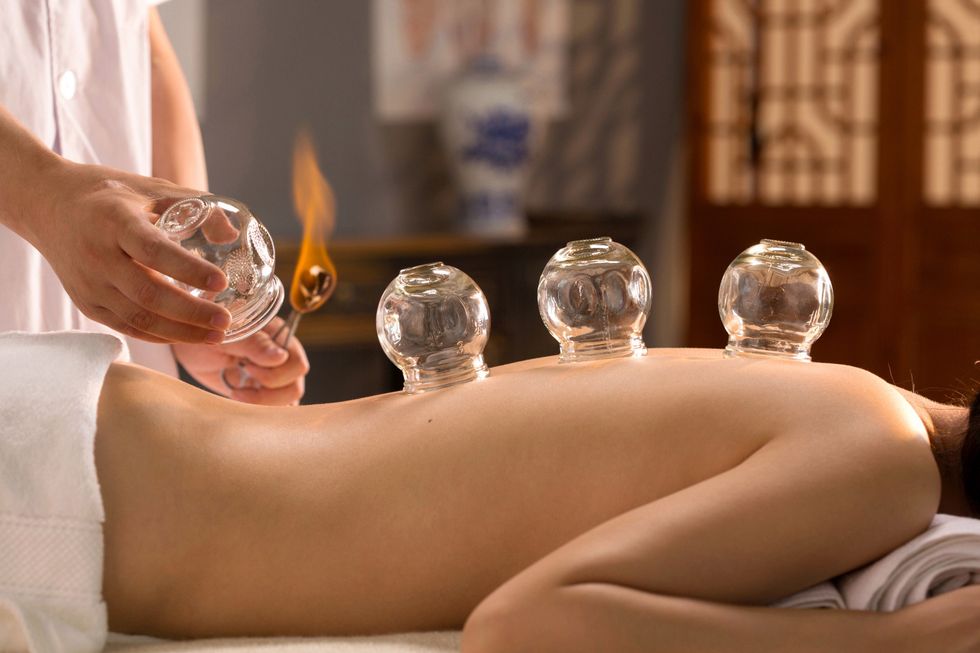 As an ancient form of eastern medicine, cupping is the practice of placing hot glass cups along your body, usually your back, in order to alleviate tension, reduce inflammation, soothe pain, or heighten your overall feeling of "wellness," that elusive quality that means very little but makes "lifestyle" companies like Goop so much money. As WebMD recounts, "Cupping therapy might be trendy now, but it's not new. It dates back to ancient Egyptian, Chinese, and Middle Eastern cultures. One of the oldest medical textbooks in the world, the Ebers Papyrus, describes how the ancient Egyptians used cupping therapy in 1,550 B.C. Now it's thought to actually open the blood vessels, inducing a feeling of relaxation. 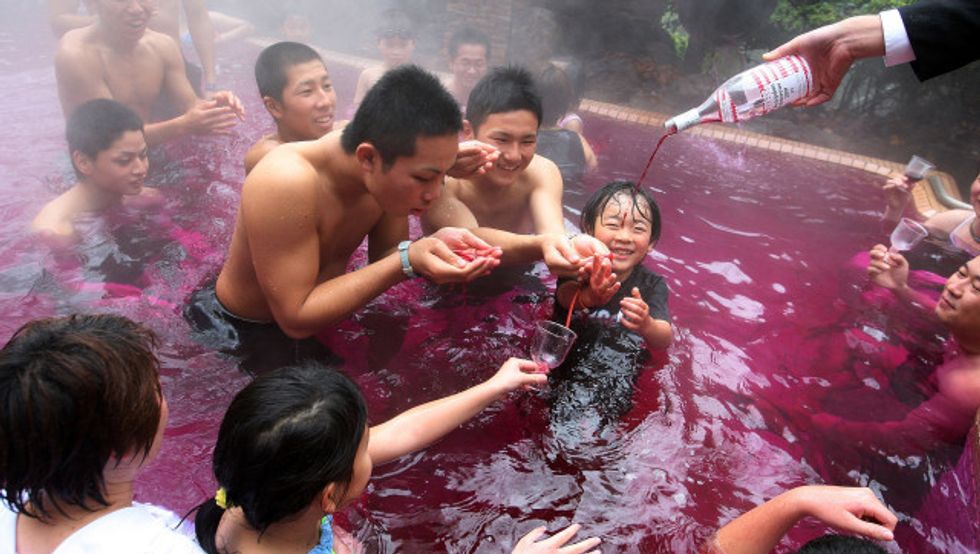 At the "hot springs amusement park" in Japan, adults and children can bathe in (diluted) red wine. The antioxidants are thought to benefit the skin with anti-aging properties. Meanwhile, Yunessun also offers baths of coffee and tea, also purported to confer their own antioxidant-rich ambrosia to enhance relaxation and also health. But as Lonely Planet notes, "The resort's site claims that 'bathing in red wine is a rejuvenating treatment for the body' but as fun as it sounds, red wine can actually dry out your skin. So while splashing about in wine won't make you look younger, it sure as hell will make you feel younger and that's what really matters. Cheers to that." 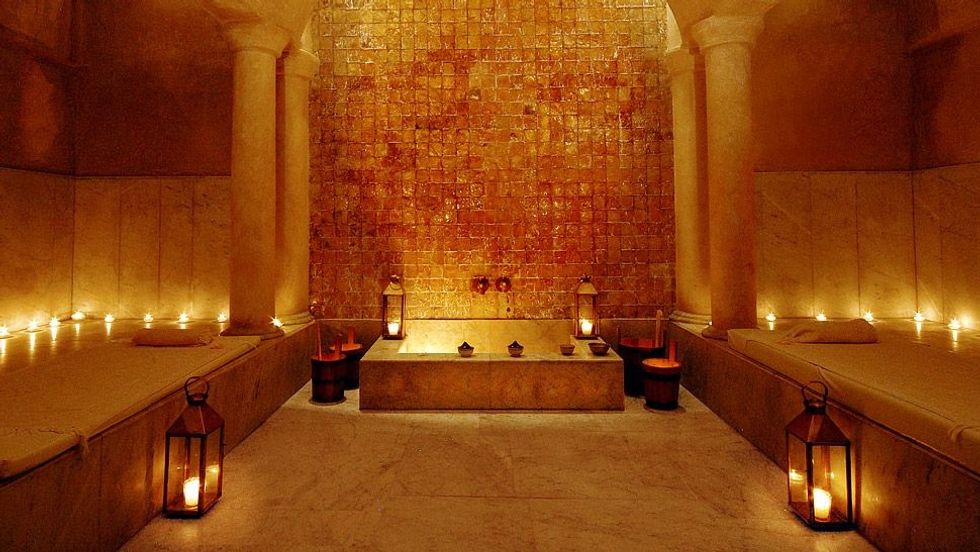 To some, it's a traditional cleansing ritual in a communal steam room, followed by a massage. To others, it's a crucible of will power and strength in which you are completely naked while a stranger bathes you aggressively in "scalding hot" water. One western visitor described the body scrub as follows: "I was led out by my hand and was laid down on a marble slab in another hot room where my body was exfoliated. When I say exfoliated, that's an understatement. It's more like having your skin peeled off with sandpaper. At one point I was sure that there was a trickle of blood pouring down my leg as she rubbed up and down my calf." But hey, some people are into (consensual) skinning, so go for it.

Have you ever wanted to be suffocated by an Asian woman? Who hasn't, right? Starting in Japan, swaddling therapy is a straight-up Freudian treatment that will send your mind back to the stillness and peace of the womb by wrapping you in cloth. A Japanese midwife invented the therapy in 2015. According to Vice, "Nobuko Watanabe initially created the treatment to alleviate concerns of parents who worried that the swaddling of their infants—a practice known as Ohinamaki—might be leaving the babies feeling claustrophobic." The practice of Otonamaki (simply translated to "adult swaddling") promises the unique chance to "experience zero-gravity" and "become a different person," as well as other existential meditations on your identity, the existence of the human soul, the nature of time and space, why people were so angry when Starbucks' holiday cups turned red, and why boomers can't take a decent selfie. There's also some color therapy involved while whatever matronly Asian woman you pay to swaddle you rocks you gently from side to side.

Snail secretions (i.e. mucus) have already become a popular ingredient in Asian skincare. Snail facials just promise to be the purest and most direct hit with fresh slime. Claims that nutrients and natural antioxidants in snail mucus rejuvenate skin make this a unique experience to have, most easily found in Tokyo where it began. Prices range anywhere from $30 to $200, and while there are no known scientific studies that support its benefits, snail facials are not even a new idea. According to The Guardian, "Concoctions made from snail mucus are said to date back to ancient Greece, when the great physician Hippocrates reportedly crushed snails and sour milk as a cure for skin inflammations. In recent times, the French have turned this essence of escargot into assorted creams and lotions." If nothing else, we can only assume fresh snail mucus is cool to the touch? So embrace the power of the snail, and let Spongebob's pet crawl all over you, we guess. 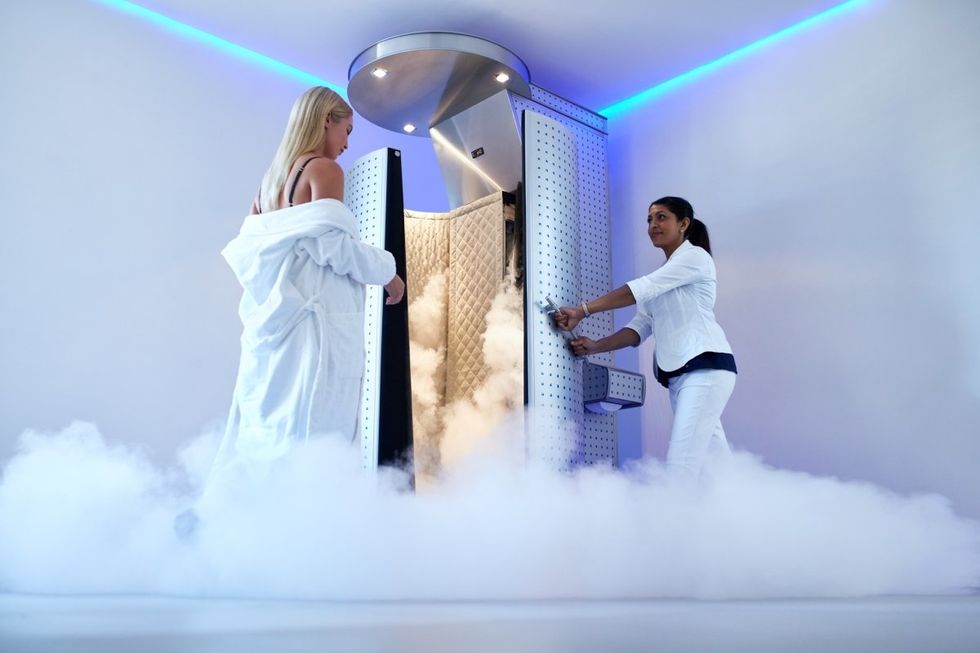 The promised benefits of exposing the body to extreme cold (via liquid nitrogen) for a limited amount of time include quick injury recovery, pain management, improved athletic performance, tissue repair, and quick weight loss. By exposing the body to temperatures as low as negative 240 degrees Fahrenheit, cryotherapy is the perfect mix of extreme and dangerous to become heavily popular. At least one woman has died in the United States while attempting to undergo cryotherapy. But the temptation is understandable: Imagine the futuristic set up, the thrill of danger, and the physical burst of energy that inevitably follows a session (that's because all the blood rushes to protect your internal organs and leaves you feeling pretty limbless, but when you step out all that blood rushing back to your arms and legs feels exhilarating-you know, because you're almost dying).

With that being said, there's no scientific evidence backing up the extreme lengths (and cost) of cryotherapy. In fact, a sports medicine expert, Dr. Jordan Metzl, told Fortune, "Icing or cooling the body is a great anti-inflammatory that helps speed recovery. That being said, to step from an ice bath to spending hundreds of dollars to get repeatedly cryogenically frozen is a big leap…without scientific backup." You're better off choosing "simply to move every single day." 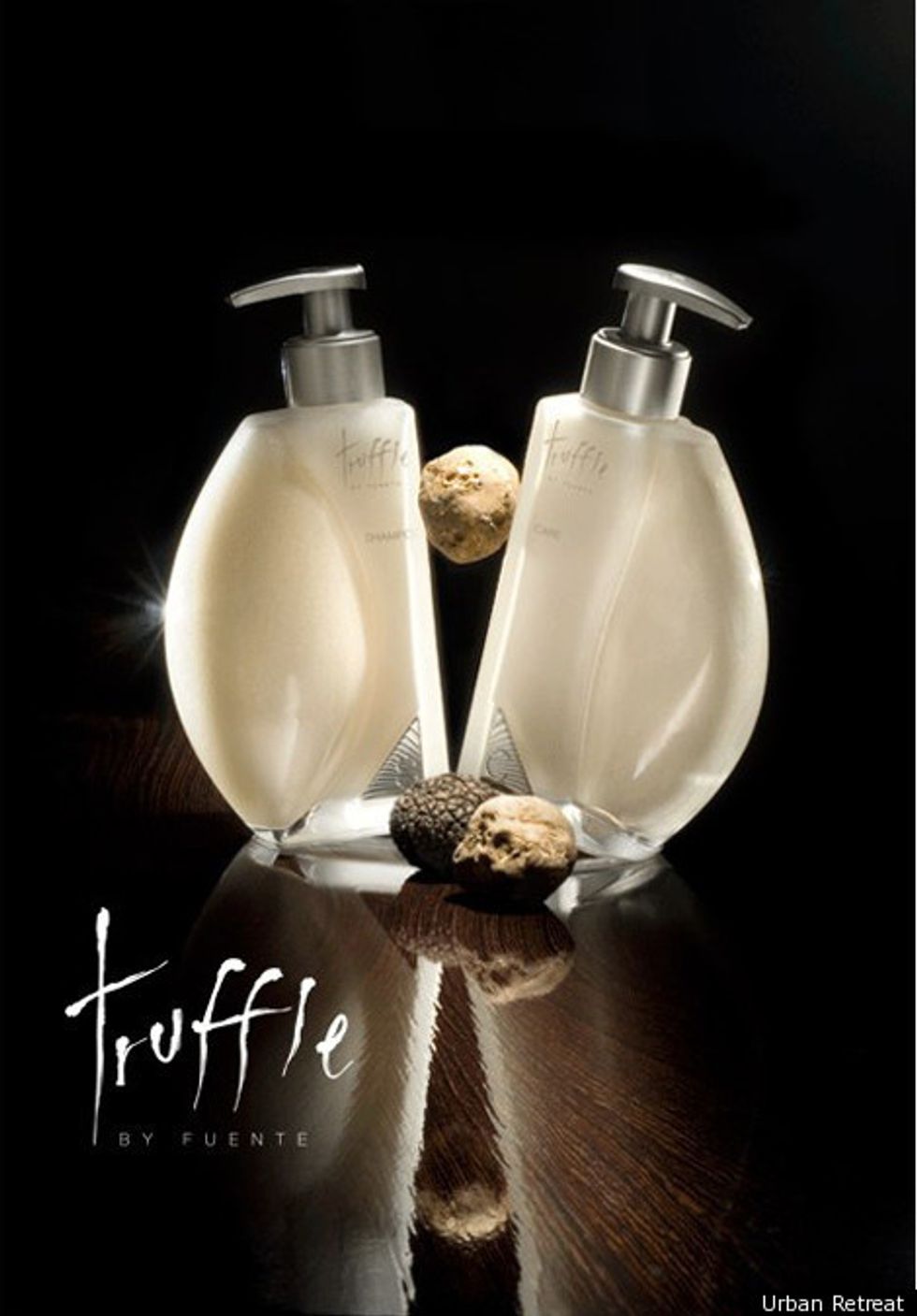 For just $500, you can have diamond-infused shampoo and conditioner applied to your hair. As a result, your hair will be...mildly more shimmery. At Harrod's Urban Retreat Spa in London, they actually offer "diamond and meteorite dust-infused" products. But hey, at least you get a couple full-sized bottles to take home with you: Truffle by Fuente haircare promises to "leave your hair looking silken, shining with health and feeling light as air - just like our favorite red carpet starlets." By the way, do you know what "meteorite dust" looks like? Dust. It looks like dirty dust. 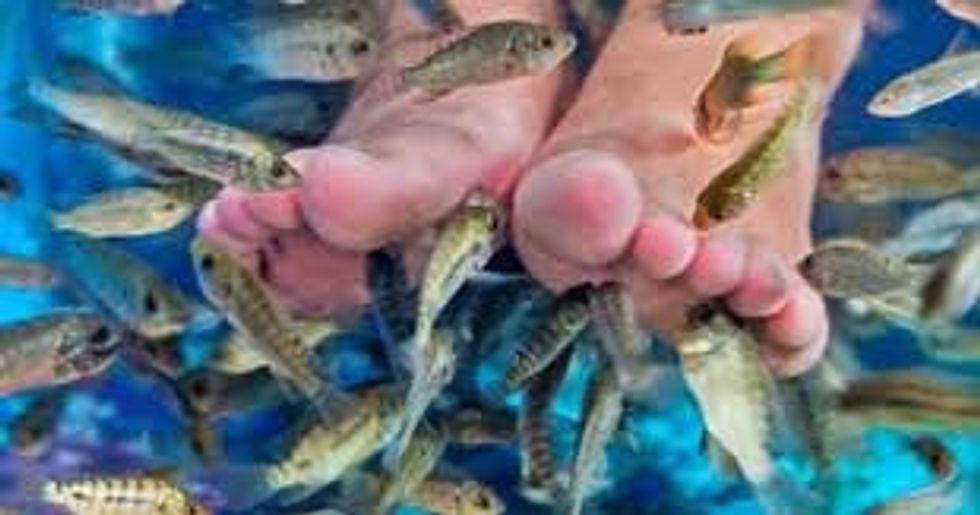 Do you suffer from psoriasis and eczema on your lower legs and feet? Try a fish treatment: "Known colloquially as doctor fish, Garra rufa are native to Turkey and several Middle Eastern countries including Syria, Iran and Iraq. They are used almost exclusively for fish pedicures because of a survival tactic that enables them to thrive on dead scales and skin whenever their preferred food is scarce." That's right. Pay anywhere between $45 and $95, and about 100 fishies will nibble on your flaky feet. 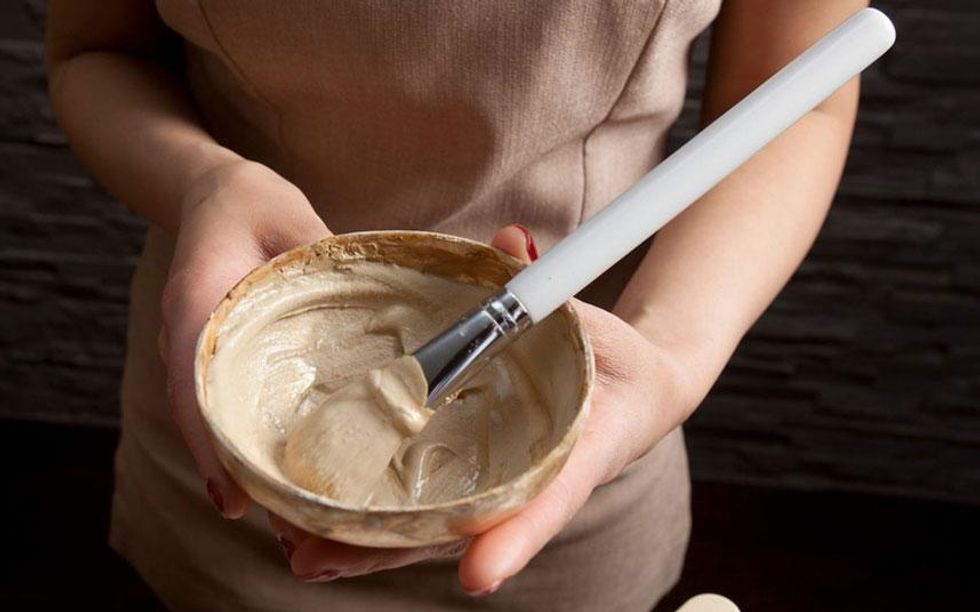 It's bird poop. For anti-aging and brightening miracles, you can pay over $200 to have very special bird poop smeared all over your face. Nightingale facials are said to have originated as a beauty secret of Japanese Geishas, who used the droppings of a very rare species of bird only found on the Japanese island of Kyushu to heal their skin from their heavy face make-up. You can find this treatment outside of Japan (with heftier prices due to importing the precious poop), or you could just...hydrate and wear sunscreen.

Some people do it to conquer their fear of snakes. Some people do it because they're adrenaline junkies. Some people do it because snakes hold a place in their spiritual beliefs as divine creatures, as descendants of the serpent in the Garden of Eden and maybe because they poop really, really weird. For whatever reason, snake massages exist and lure people to be covered in boa constrictors for 30 minutes to an hour. But don't worry; the snakes are fed beforehand so they don't get hungry. As one New York Times reporter noted when she signed up for her one-on-den time, she received forms including the warning, "There are NO GUARANTEES that you will never get hurt by a snake. No one ever has in any of my work with my Snakes and clients."

Why do people do it? Simple: It feels like a really huge hug. "It was a lot calmer and peaceful than I thought it would be," said one client. As Serpentessa, the Snake Preistess of Poughkeepsie, NY informs her clients, "They tone and stimulate the vagus nerve in our body and that releases endorphins and oxytocin." Of course! An adult female boa constrictor can weigh between 20 and 30 pounds, inducing clients into a feeling of calm. "There was a point it felt like they were just hugging me around the shoulders," one of Serpentessa's clients said. "It just felt very calm – like I could fall asleep."

So really, it makes sense. Snake massages provide the comfort of a weighted blanket, except instead of a blanket...it's f*cking snakes.