8 Awe-Inspiring Catacombs From Around the World

From Paris to New York, here are the world's spookiest and most awe-inspiring underground collections of bones.

Underground labyrinths that stretch for miles and miles, filled with skeletons and vast ossuaries. The very idea sounds chilling, a complete departure from ordinary reality, but that is the definition of a catacomb, and the world contains thousands of them.

While undeniably macabre, some of these catacombs have been arranged into incredibly intricate, moving, and sometimes sacred displays. A visit into their subterranean depths might just remind you how fleeting this life is, or it might connect you to some sublime force that exists beyond this mortal coil.

If you can't visit one, here's the next best thing: a list of the world's most fascinating catacombs. 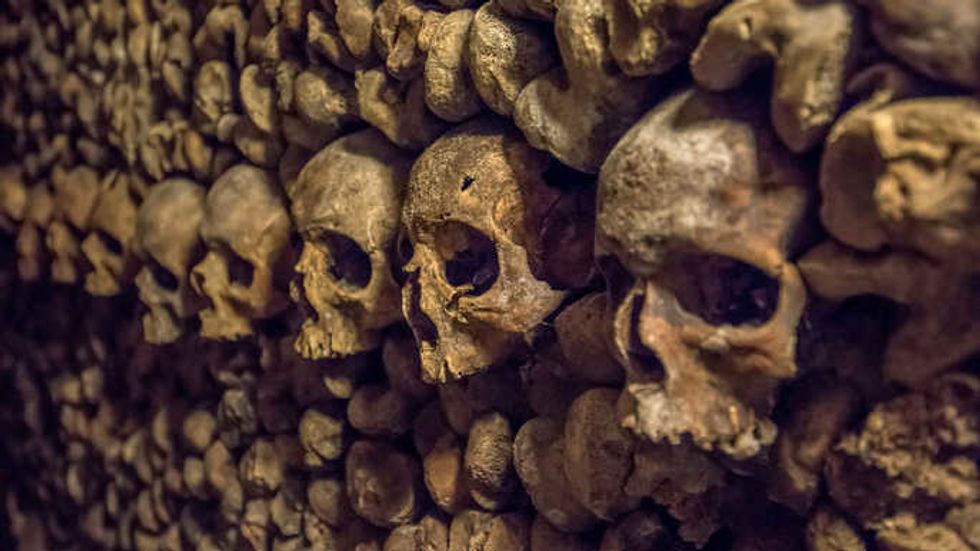 These infamous, expansive tunnels hold the remains of over six million people. They wind south from Paris's Barrière d'Enfer (Gate of Hell) for some 200 miles, though only a small portion of the labyrinth is open to the public.

Paris's grand catacombs were the project of King Louis XIV, who—in an effort to create more space and clean the streets of Paris—ordered the occupants of the city's cemeteries to be poured down mine shafts into the newly renovated tunnel system.

Since then, the tunnels have served as gathering places for secret societies, artists, and thieves, among other groups. Today, the portion that is open to the wider public is one of Paris's most popular tourist attractions. 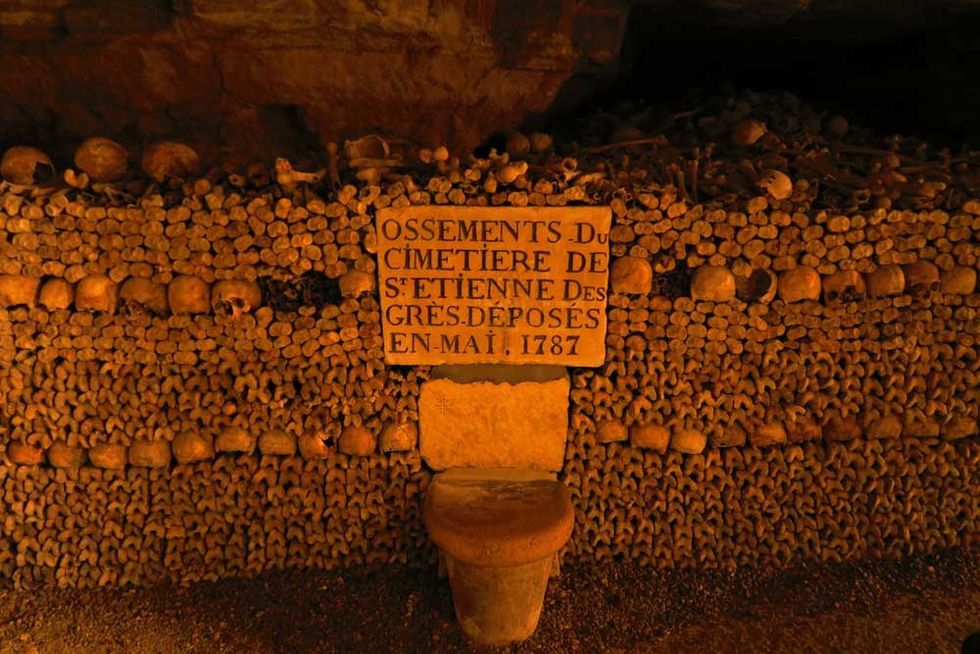 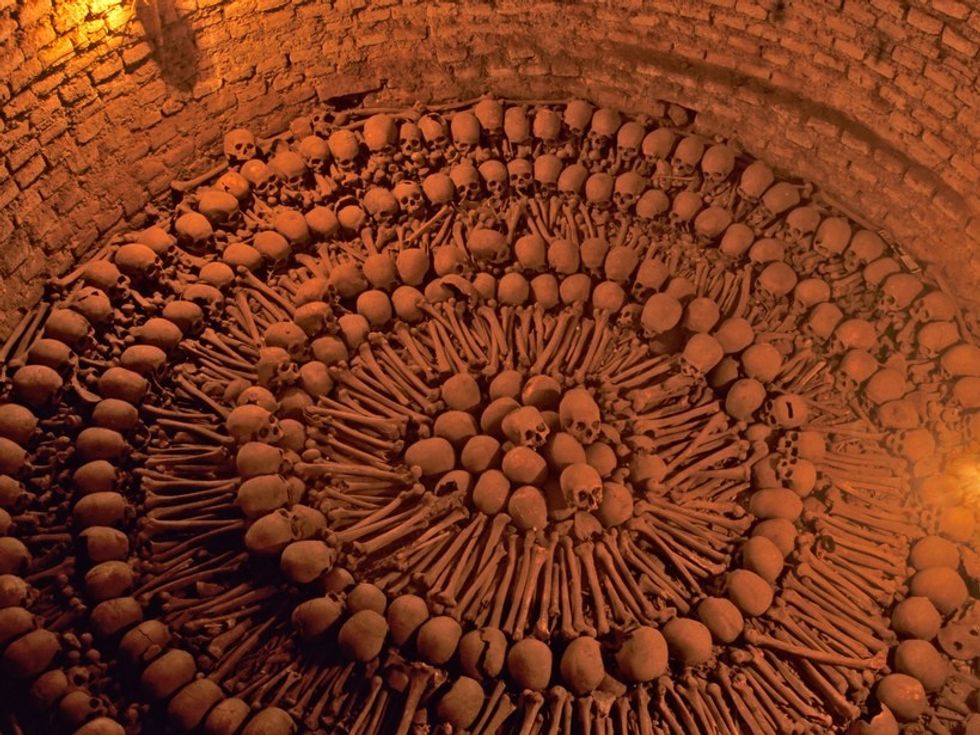 This ossuary was created in the 16th century, and it was where the majority of Lima's occupants were buried up until the early 19th century. It eventually became overcrowded, leading sextons to dissolve the corpses in quicklime so only the skeletons remained. These catacombs are full of secret passages, and the bones themselves are laid out in geometric shapes, hinting at a wider metaphysical or mystical purpose to their design. 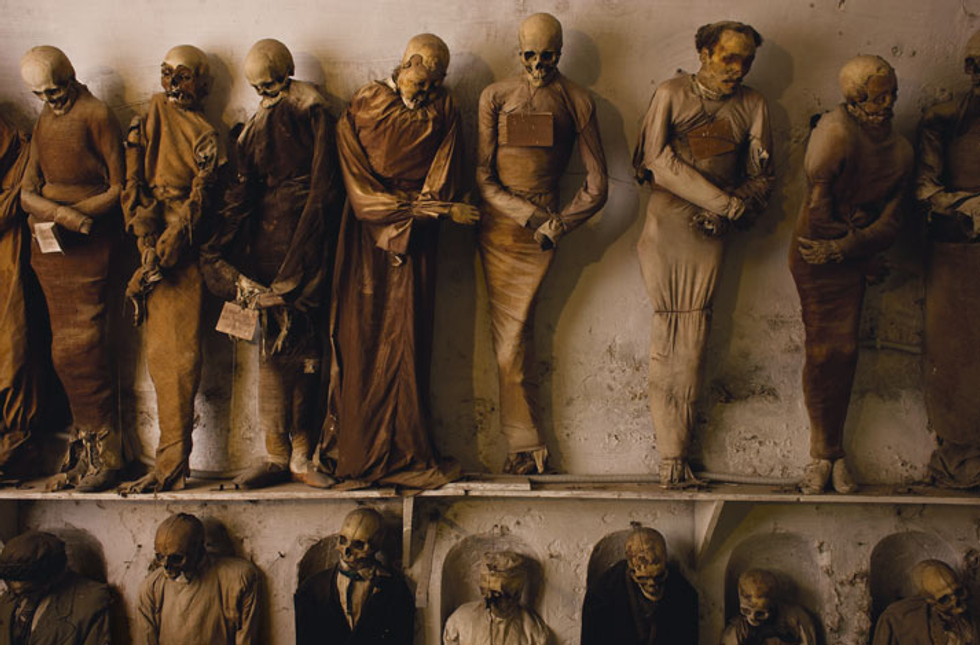 These catacombs have to be one of the creepiest of them all. Located in Palermo, Italy, this vast tomb contains more than skeletons: Nearly 8,000 fully dressed, mummified corpses line its walls. The corpses are divided into specific rooms, dedicated to categories like religious figures, for professionals, and for women, virgins, and infants, and it is believed that the bodies were all left to mummify naturally during their time underground due to the particularly dry air.

Italy actually boasts a great deal of ossuaries, including the San Martino della Battaglia ossuary with its eerie cabinet of skulls, and the Capuchin Crypt, with its stunningly ornate spirals of bones. 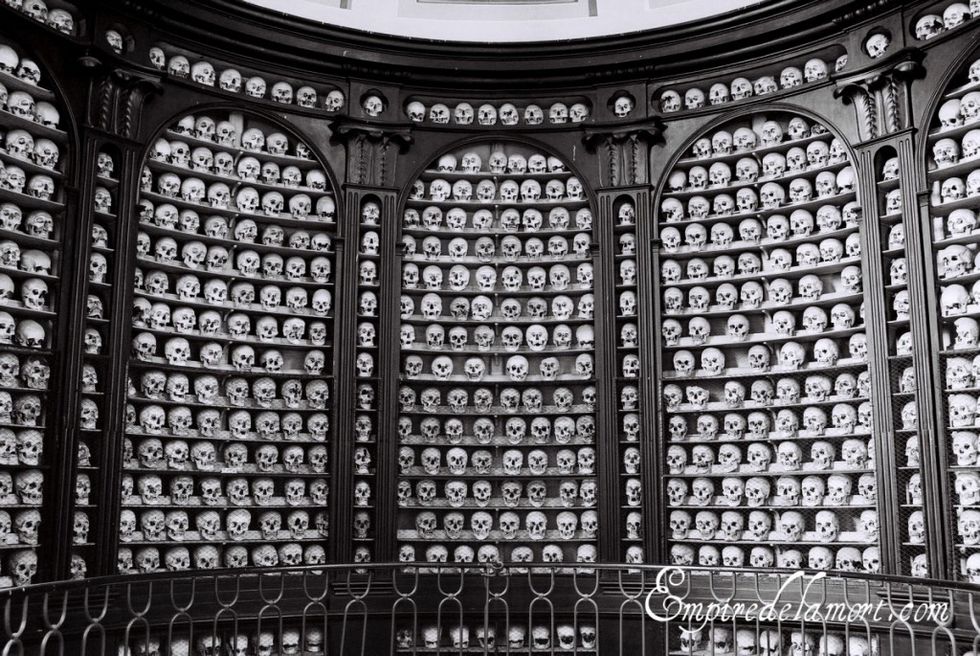 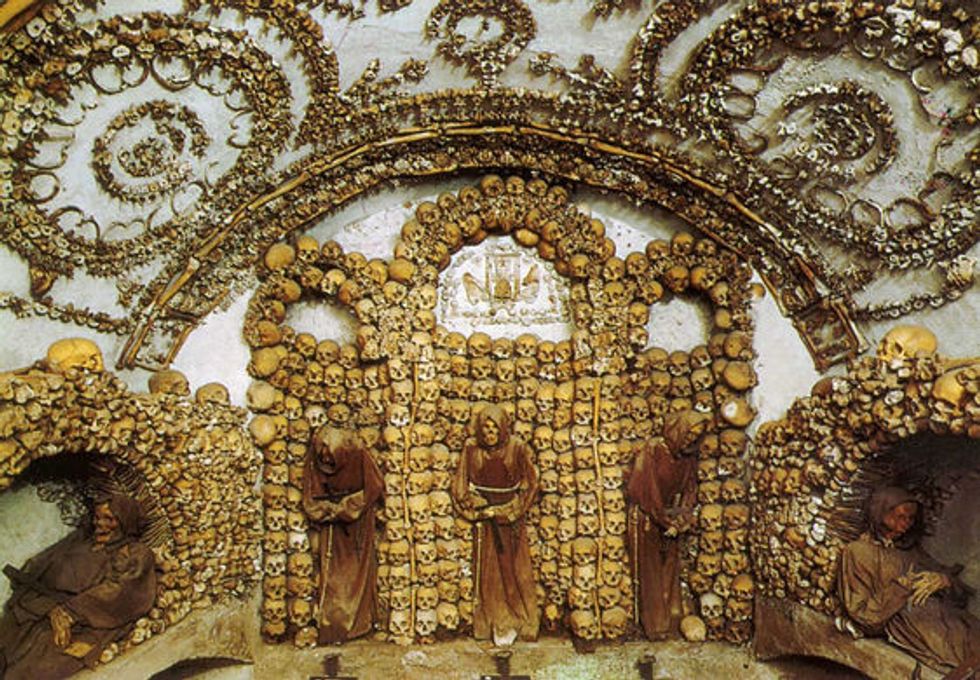 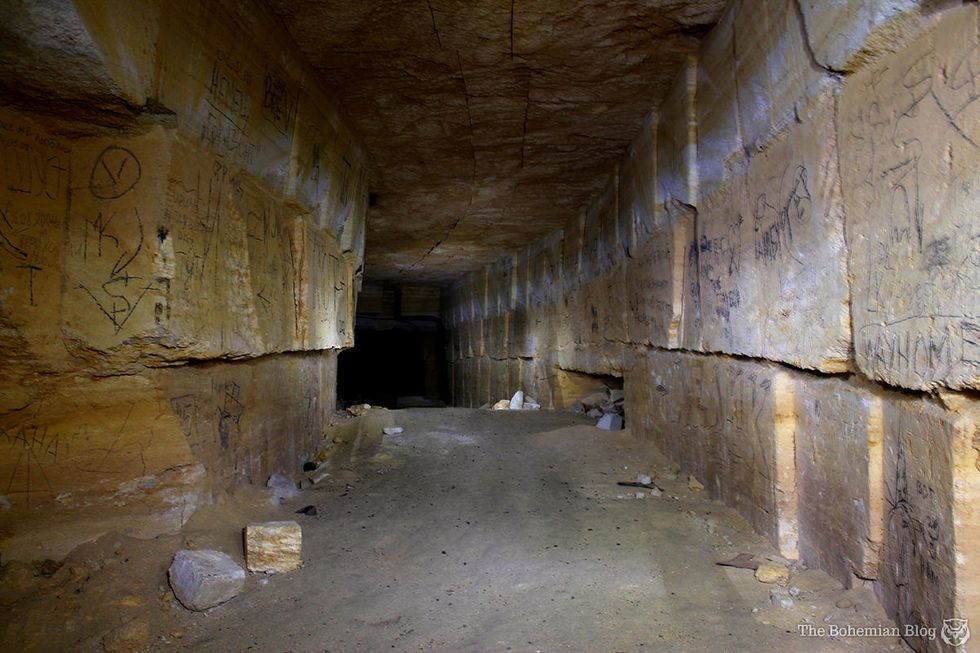 These tunnels can proudly claim to form the largest labyrinth in the world. Stretching for around 2,500 miles, they dwarf Paris and Rome's famous catacombs. Believed to date back to the 17th century, at their lowest points, the tunnels—some of which began as mines—reach 60 km below the earth's surface.

They served as hiding places for Soviet and rebel units during World War II, and today you can see vestiges of Communist presences down in their shadowy depths. Filled with cryptic markings and still largely unexplored, the tunnels have hosted parties held by Ukrainian teenagers—and are the subjects of numerous urban legends that could contain seeds of awful truths. 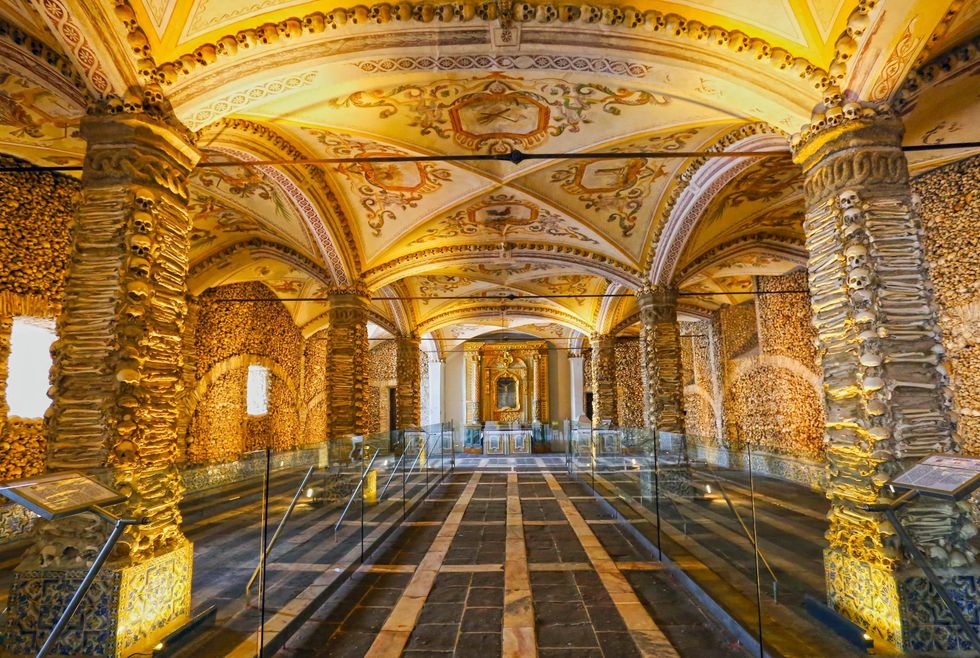 Death and faith have long been intertwined, and nowhere is this more visible than in Portugal's Chapel of Bones, where the lines between life, death, and faith in the sublime become invisible. The chapel's walls are lined with skeletons, skulls, and crosses, and are designed to mix reverence with horror, beauty with decay. The chapel was designed by 16th century monks, who hoped that by decorating the walls with skeletons, they might remind churchgoers of their own mortality. 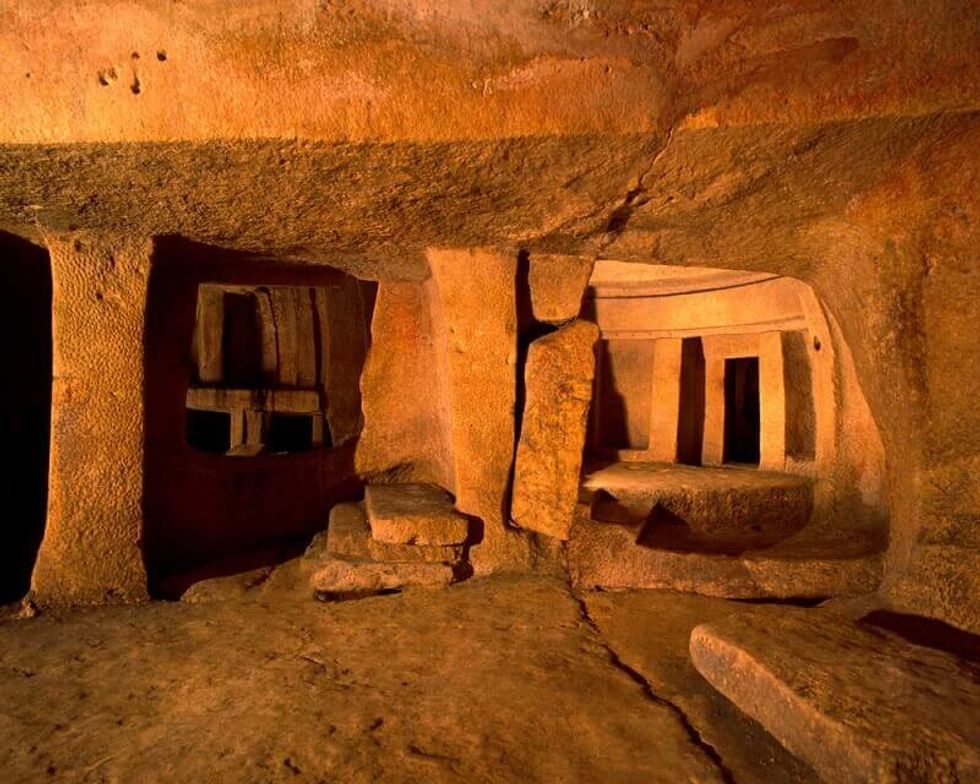 This underground structure dates back to Neolithic times. Created around 3000 BC, it is typically referred to as the "Hypogeum," meaning "underground" in Greek. It was believed to have been a necropolis, and roughly 7,000 bodies are stored within its shadowy depths.

The space also contains the remnants of a mysterious shrine, and its ceilings are decorated with intricate red ocher paintings of honeycombs and spirals, which some believe represent the Tree of Life. Excavators have also discovered a beautiful clay statue of a goddess known only as the "Sleeping Lady," in a room called the Holy of Holies—a room that was designed to channel the light from the winter solstice towards its facade.

The catacombs also contain a pit likely used for animal sacrifices and a small corner called the Oracle Room, which may have hosted sacred fortune-telling ceremonies or other rites; plus, if you whisper into an indent in the wall, the sound reverberates throughout the whole structure. Consisting of three levels, each stretching deeper into the earth, the space is believed to have been a place where life, death, and spiritual transformation were each worshiped. It belies an ancient wisdom that the modern world is still completely unaware of. 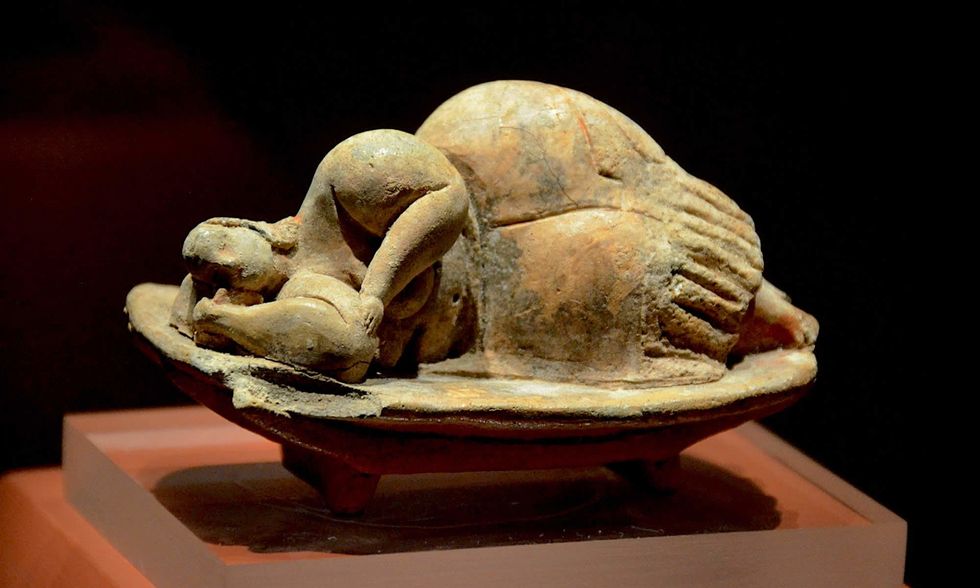 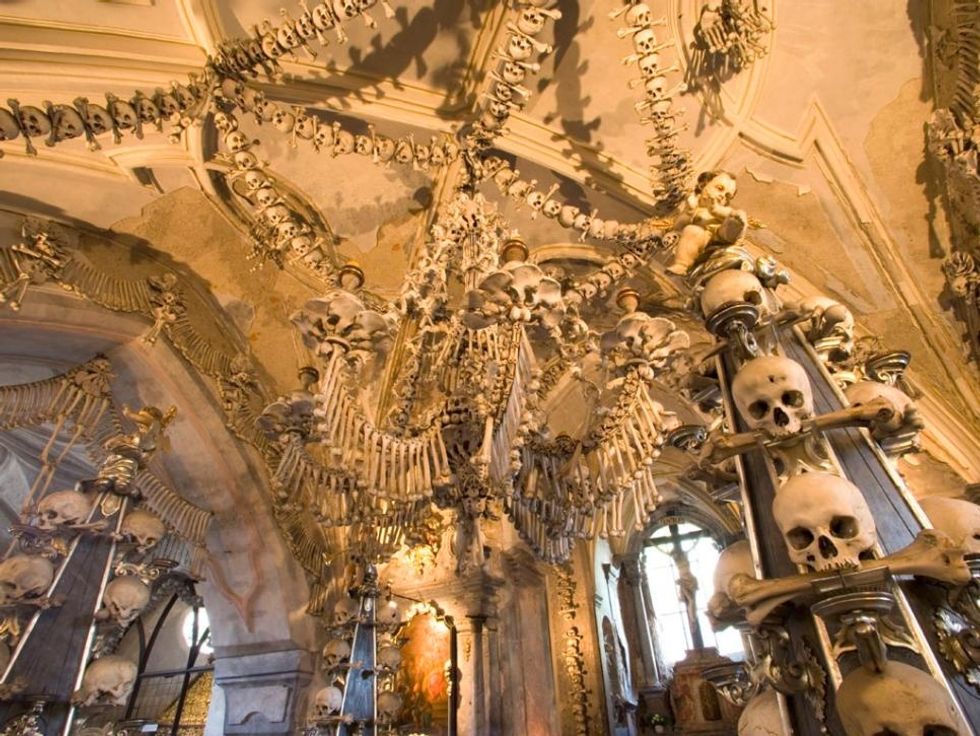 This tiny chapel contains 40,000 to 70,000 skeletons, arranged into bizarre and elegant shapes such as chandeliers made from almost every bone in the human body. This chapel was designed by a single woodcarver, who was commissioned to create the display in the 19th century. Located about an hour east of Prague, the site was the subject of a surrealist short film made in the 1970s, and today the site is open to the public. 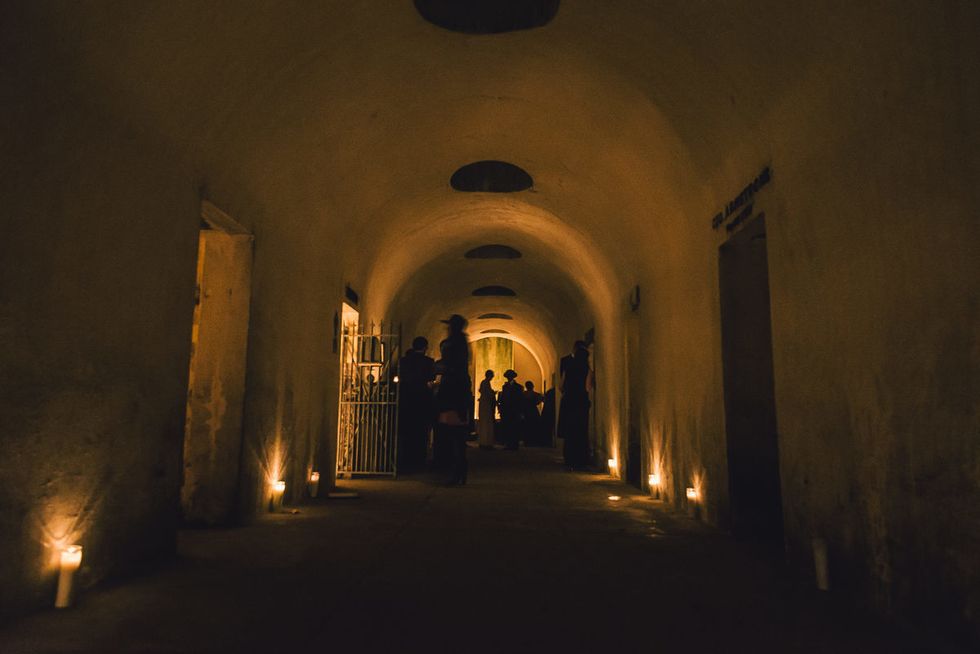 Brooklyn's Green-Wood Cemetery boasts its own small array of catacombs, which typically have only been open to the public once per year. However, today the catacombs are used for artistic performances with increasing frequency. Throughout the summer of 2019, they've hosted a performance known as the "Angel's Share"—a phrase that distillers use to describe the portion of spirits that evaporates while they're being made, but which could also have some ghostlier implications. The series consists of hour-long classical music concerts, located near the tombs of the 30 New York City families buried in its shadowy depths. According to the series' creator, Andrew Ousley, "These are extraordinarily beautiful spaces, but they're also spaces where you confront your mortality. When it's paired with a beautiful performance, it enhances our appreciation for the shared experiences of life."

Of course, for those who need it, there's also plenty of booze.