When you're out to drink with friends, do you turn your face away from elders and cover your mouth with your hand? Then you're rude in Korea.

Before K-pop sensations BTS, Blackpink, or PSY and his weird pony-dancing swept the globe, Korea's most notable contributions to global culture were its booze. The small country has one of the world's most lively drinking cultures, mostly featuring its rice liquors of soju and makgeolli. Korean society's traditional values of filial piety and respect for elders is deeply ingrained in drinking etiquette—even when you're getting wasted, you're expected to show respect for your companions based on age, gender, and social status.

As an American traveling in Seoul for the first time, I was of course out of my element. My hosts were always gracious enough to explain the traditions to me when I asked about the rules of behaviors everyone seemed to be following. As a Korean-American with little to no experience with Korean Culture, I was given this brief rundown of lessons learned in the last 1,000 years or of getting drunk in Korea.

1. Never Fill Your Own Glass 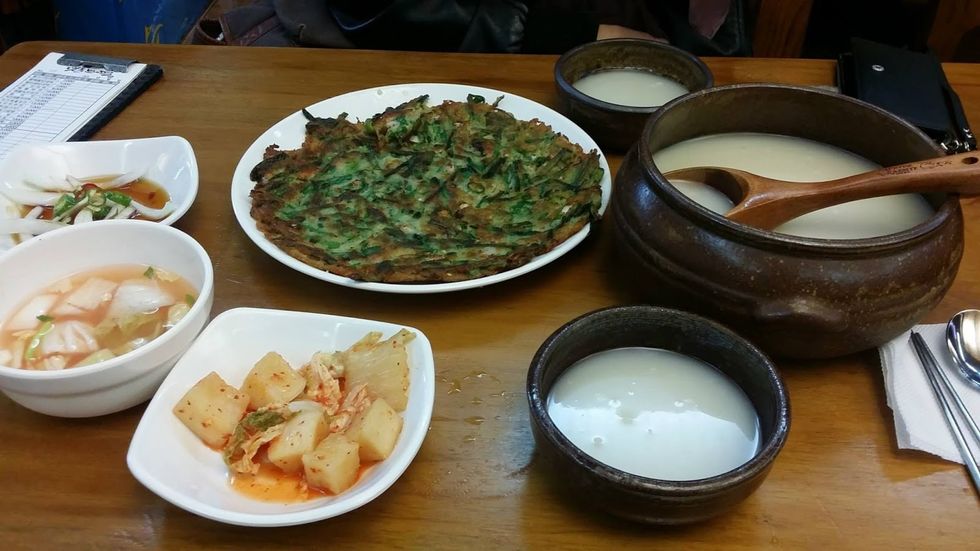 The main sign of respect when imbibing in Korea is filling your friends' glasses for them; so filling your own glass could kill the mood. In fact, it's traditionally considered to be bad luck, although plenty of people forgo this rule when the entire group is treated to a new round. Even if you leave your glass alone, your greatest problem will probably be to prevent your companions from constantly giving you refills. But if you leave your glass half full, no one will add more, as it's considered good luck to finish your entire glass.

As for you what you're drinking, sure, beer and whiskey are common. But popular traditional Korean alcohols include soju, a clear rice liquor that can range from 17% to 53% alcohol (imagine vodka, but impossibly smooth), and makgeolli, a milky rice wine that's low proof and served in traditional wooden bowls. 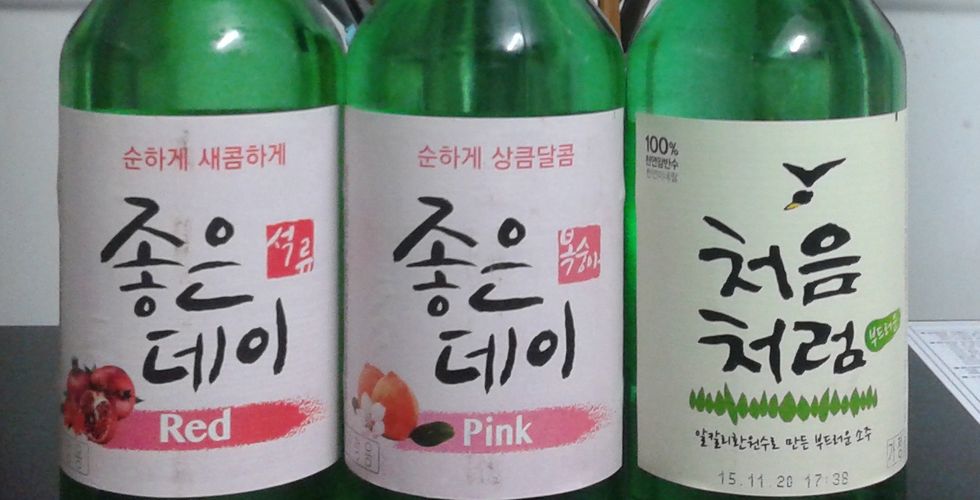 Seriously, drink a lot. Think of it this way: accepting drinks is the love language of getting drunk with friends, so the more you drink, the friendlier you are! If that sounds similar to the unsafe practice of binge-drinking, well, kind of—except it's based on camaraderie and respect. A traditional saying in Korean is "il bul, sam so, o ui, chil gwa," roughly meaning "don't stop with one glass; three glasses are not enough; five glasses is a proper amount and seven glasses is too much."

However, these days people are more understanding if you don't want to drink alcohol. While it's still generally expected that you accept the first round served to the group, if you communicate right away that you don't drink, no offense will be taken.

If an elder offers you alcohol, you're particularly obligated to accept it. Proper etiquette is to hold the glass with both hands as they're pouring as a sign of courtesy. Strictly traditional behavior is to stand, bow, and refrain from drinking until the elder does. When you do drink, the ultimate sign of respect is to turn your face away from elders and cover your mouth with your hand when you drink.

When it comes to your turn to pour, you're always expected to serve the oldest person first. Proper pouring etiquette is to hold the bottle with your right hand and use your left hand to support your arm, ostensibly to keep your sleeve from dipping into the drink or food (fun fact: traditional Korea clothing, hanboks, included long, billowy sleeves).

4. Keep Track of Your Friends' Drinks 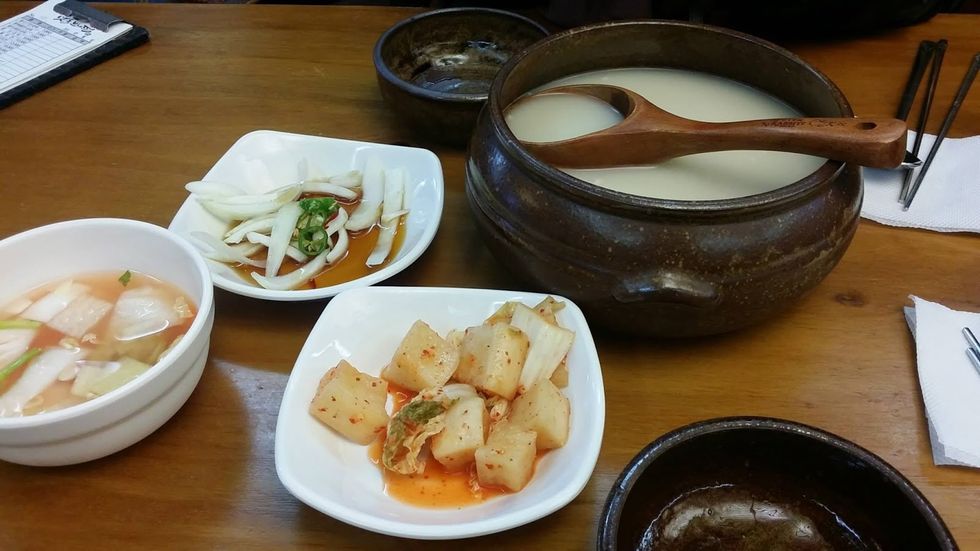 When someone's glass is empty, you should offer to refill it. The driving spirit of Korea's drinking culture is to socialize, from friends to coworkers, or even bosses. In fact, the term hoesik (회식) is used to specifically describe having drinks with co-workers after work hours; it sounds like American happy hour, but it carries much more social weight and respect than in the States. For instance, if you refuse an offer of hoesik from your boss, it's considered extremely rude—and, yes, could cost you advancement at work! 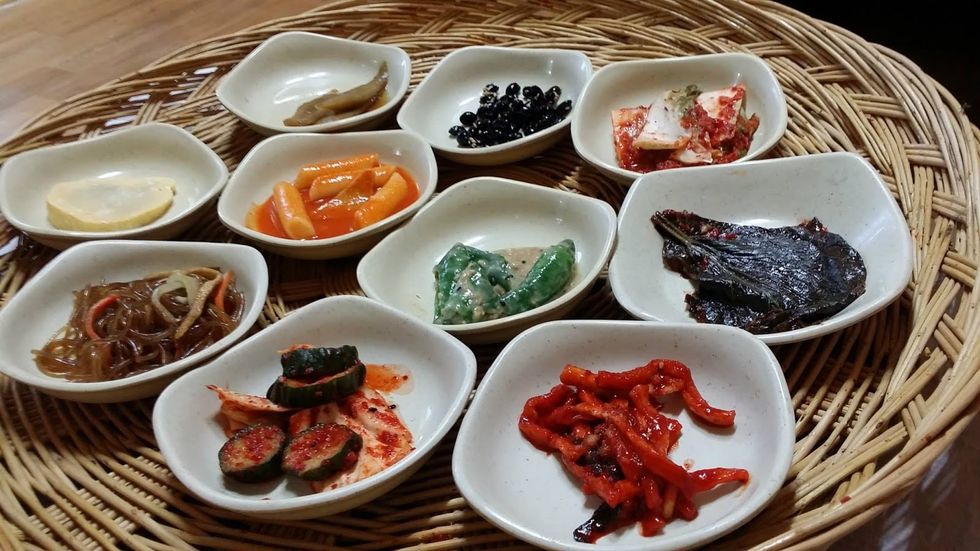 It's courteous (and expected) to serve food with alcohol. Usual side dishes might include dried fish and fruit, as well as chasers of club soda, fruit juice, or even beer to go along with whiskey (try a Soju Bomb; it's a cousin of the Sake Bomb but stronger).