Tales from New York: IDGAF About the J Train

Three shots of vodka, two near strangers, and one good view

People should generally avoid writing songs about the New York Subway system, but when they do branch into that territory, they certainly don't talk about the J train.

It's not that there is anything necessarily so wrong with the J line, aside from the fact that it is frequently late, and not located in the most convenient places, and is now crowded in outer boroughs because of the repairs on the M… Yeah, actually, I take that back. The J train kind of sucks compared to most other New York subway lines – and that's saying a lot. 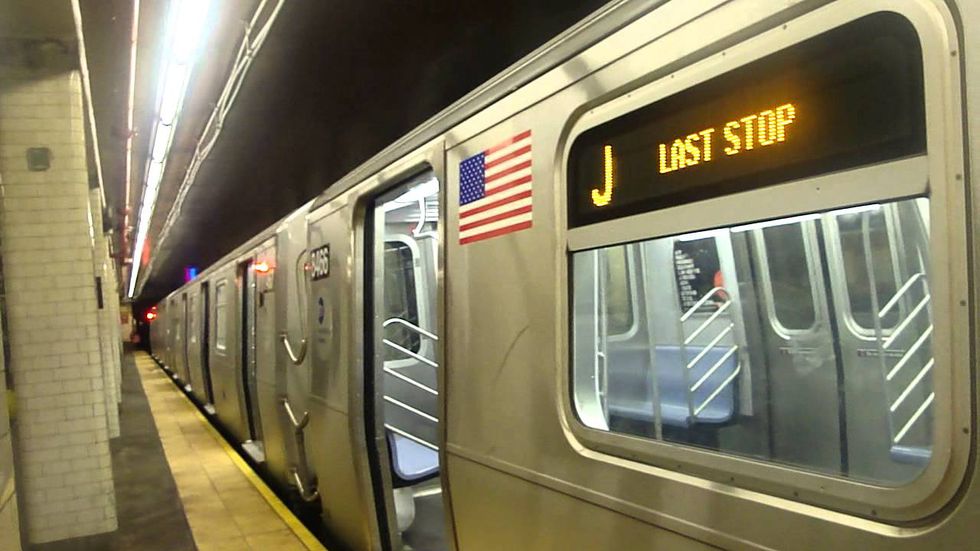 It sucked even more when I was in a pair of ripped stockings, seeing double in my chunky glasses because I'd lost a contact lens somewhere over the course of the evening, and was stumbling tipsily down a sidewalk in Bed-Stuy following a guy I'd only had one conversation with ever, which took place about an hour before he offered to help me get back to Manhattan on my second trip ever to Brooklyn. I'd also decided to make this my first ever drunken night in New York City.

"Where are we going?" I said when I saw the stairs leading up to the J train. I was confused. The stairs part of subway lines came after you got to your destination. It was an underground thing. I was composed enough to understand that part of it.

I didn't take his hand, but I had to trust him because I had no other choice. My cell phone was dead and my eyes wouldn't focus. So up the steps we went. His legs were twice the length of mine and took the stairs two at a time. Winded by the top, I took a seat on a bench and looked at the office buildings with their lights all on, slurping up energy and creating a very strange sight to be seen. Manhattan was far off in the distance. My travel companion was asking me to put my number in his cell phone (which I did) while telling me about his brother's tech start up.

Part of me would've done anything for an unlimited Uber account and a credit card that wasn't maxed on. The other part is the part that boarded the subway car when it arrived twenty something minutes later. 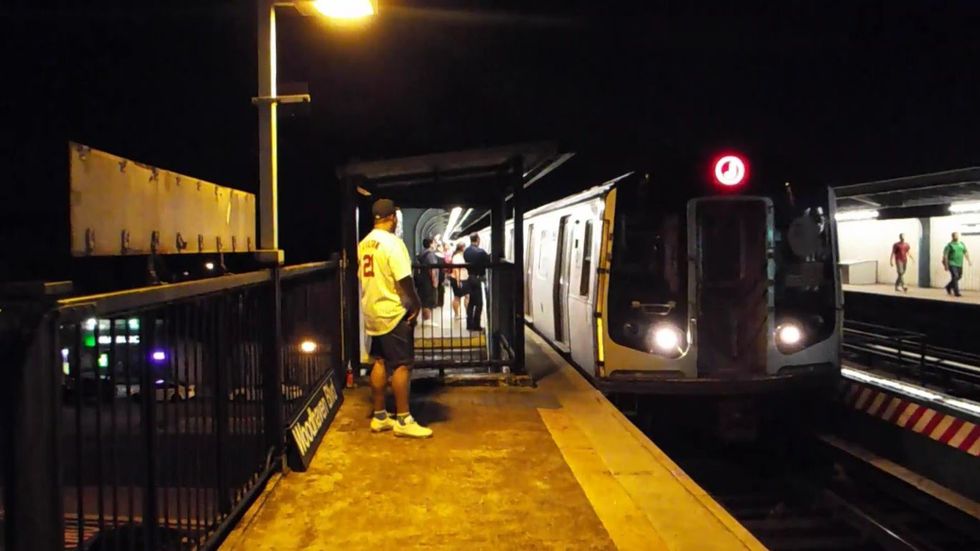 It looked like every other subway car I'd been in – maybe even nicer than most of the 6 trains. The guy and I took a seat next to one another, by the window and underneath the map. He ran the tip of his finger over our route, I guess to show me in case I didn't believe him.

"I've never been on a train that goes above ground before," I said. I curled my head into the shoulder of his wool jacket, deciding he was pretty trustworthy. "This is wild."

"Really?" He laughed a little, and I guess it was deserved. No self-respecting NYU sophomore doesn't have a wild first year, making me a late-bloomer on all accounts. I burped and the vodka shots from earlier in the night clouded up in my throat, forcing a cough. I went to close my eyes but the guy poked me in the shoulder. "Wait, we're going to be going over the Williamsburg Bridge. I want you to see the East River."

"Isn't the East River supposed to be disgusting?" I asked.

He straightened a little, as if I'd personally offended him. I guess since he was a native New Yorker, I might have. "Everything," he said, as if giving a speech, "looks better when lit up at night."

Pointing out the window, he drew my attention to the bridge, and the water. He was right, the lights made it look better. They made everything feel better, too. They made something so ordinary, like a polluted river, feel special, almost glamorous, even in the shadows of the glitzy skyscrapers in Manhattan. It was ordinarily beautiful, and to me, that was the best kind of beautiful to be.

Suddenly, the J train stopped being this scary entity I couldn't nail down. I became comfortable – comfortable enough to curl back into the guy's side, give him my number, and give us a chance at becoming really good friends.