Tales From Prague: Three days on the Charles Bridge

Vignettes from the Czech Republic's most emblematic monument

In our second "Tales" series, columnist E.R. Pulgar conjures up scenes of one of his old haunts in the Czech Republic.

The first time I walked the Charles Bridge night had already fallen. I can remember walking through The Old Town, clouded together into blurred, beautiful old buildings by mist and snow. I made my way through the labyrinth, savoring the flower shops, the people walking under old streetlamps, the Baroque church that held the city's iconic statue of the Infant Jesus. I remember running through the streets, attempting and failing to read Czech. I speak Spanish, I can understand romance languages. This was my first encounter with a Slavic language outside of Russian, and I couldn't tell "ano" from "ne."

At the end of the seemingly endless Karlova street, full of merchants and absinthe shops with LED light up skulls and tourists, I saw the entryway. In the square before the entrance, I could see the statue of an ancient king, who I would later identify as Charles, who I would later identify as Karel. The waters of the Vltava were still, and the tourists relentless despite the snow.

I don't remember the names of the statues. I hardly remember how I felt, except that I began to cry in a sort of disbelief. As an American, you learn to romanticize Europe. You learn about old kings and queens, you fall in love with their art. This was when a man came up to me and asked me If I would hold a pair of doves. I could hardly babble out the yes.

This is my first concrete memory of Prague. 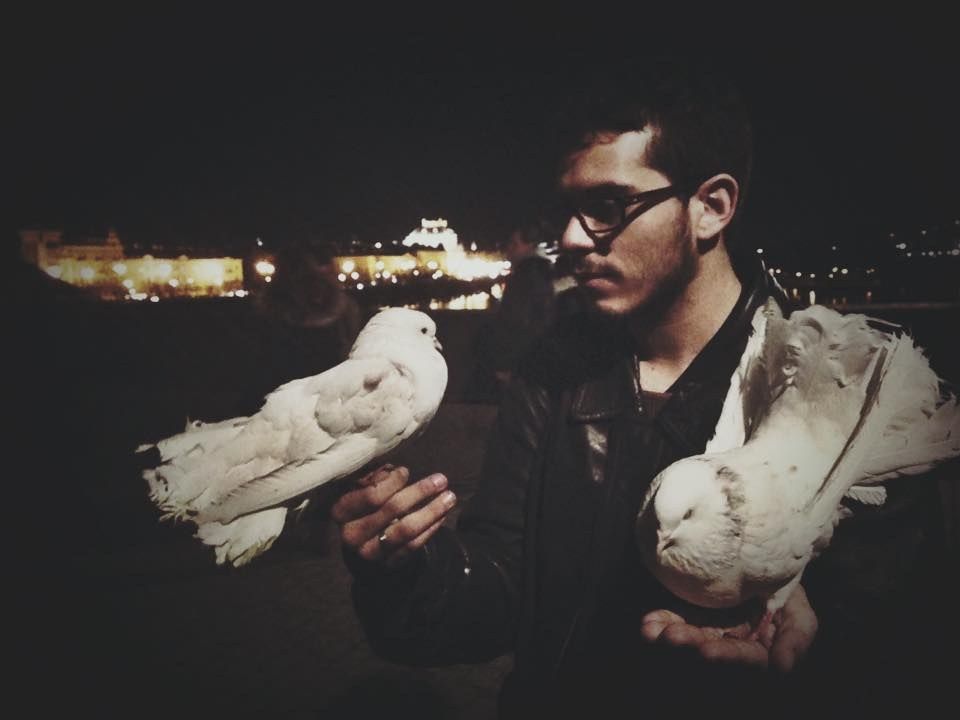 I remember catching the 9:30 tram into the city every morning to attend university, with the morning stretching above the face of the water. I remember pink reflections on the Vltava, making Prague Castle and the Charles Bridge below me glow in an iridescent morning mist. There was one day when I was finally comfortable maneuvering the city and decided to skip my morning lecture to take a walk on the bridge.

You've never seen so many birds singing in pink light, so little people on the bridge. It reminded me of the first pictures I ever saw on Prague when I was scouring the Internet for information about the place I had just tied myself to for four months. The bridge at dawn with no people. Famous monuments that aren't invaded by tourists, by themselves in the soft morning, are beautiful for themselves and not for their reputation. I was beginning to wonder if the Charles Bridge, a gateway that serves as a limbo, as both passage and destination, would ever be like that.

It turns out a near-empty Charles Bridge does exist, even mid-morning on a Tuesday. 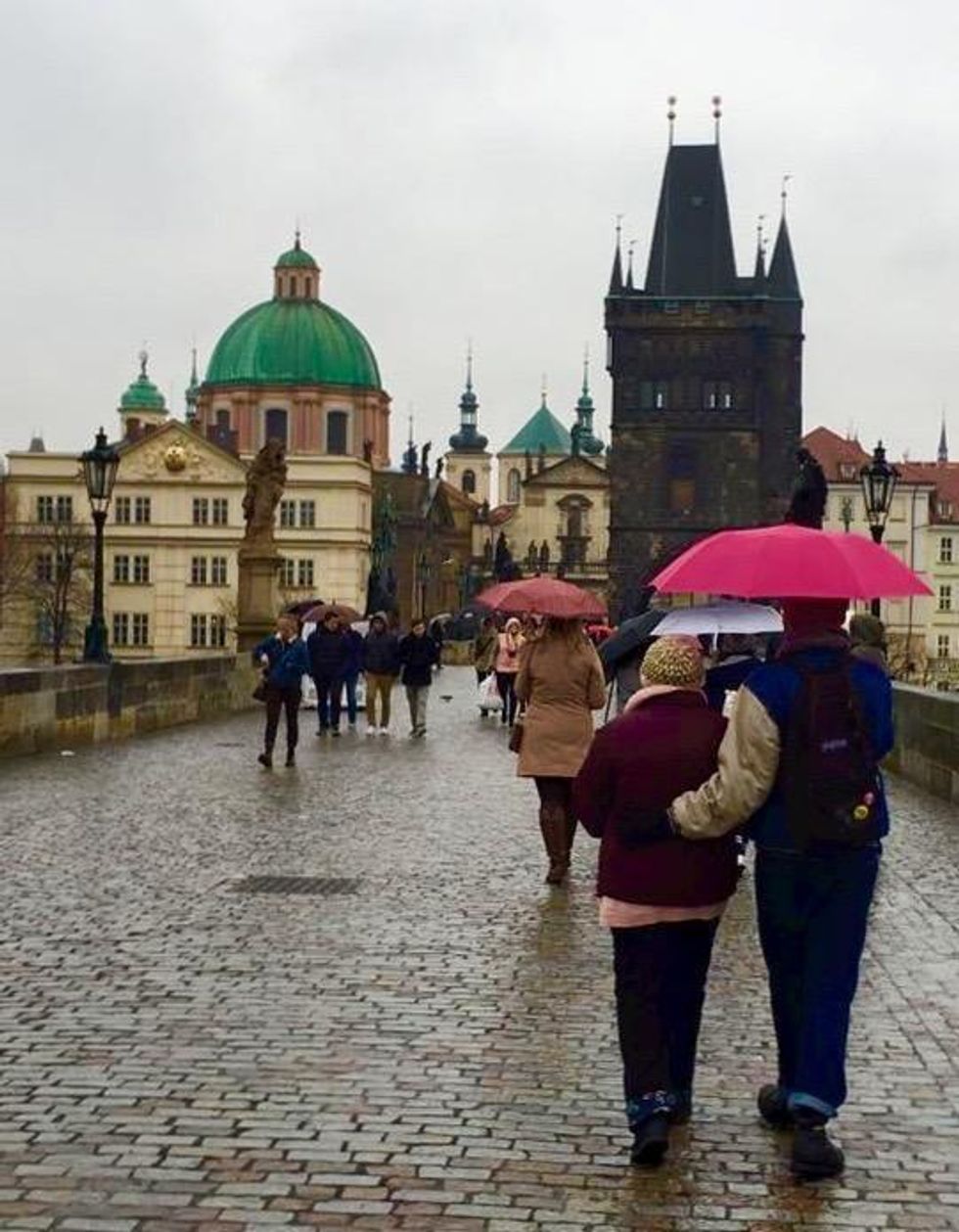 My father and grandmother flew in for my birthday, and stayed with me in the small but cozy enough hotel room I had been living in. We filled our days with bus rides to Karlovy Vary, to nearby Brno, tram rides around the city. I showed them Prague Castle. I showed them my favorite tea place, my favorite gallery, my favorite corridors to walk down.

Their last day in the city was marked by rain, and we decided to cross the bridge. I shared an umbrella with my grandmother, and looked back at my dad. He was never one for taking pictures, my mother usually taking on that duty. The image of him staring out into the rainy Vltava, directing his gaze toward the Castle we had visited days before when there was still snow, is something I'll never forget.

My umbrella broke, so I decided to go under my grandma's. Being the taller one, I held it above both our heads as we walked, mostly dry, into the misty Old Town.